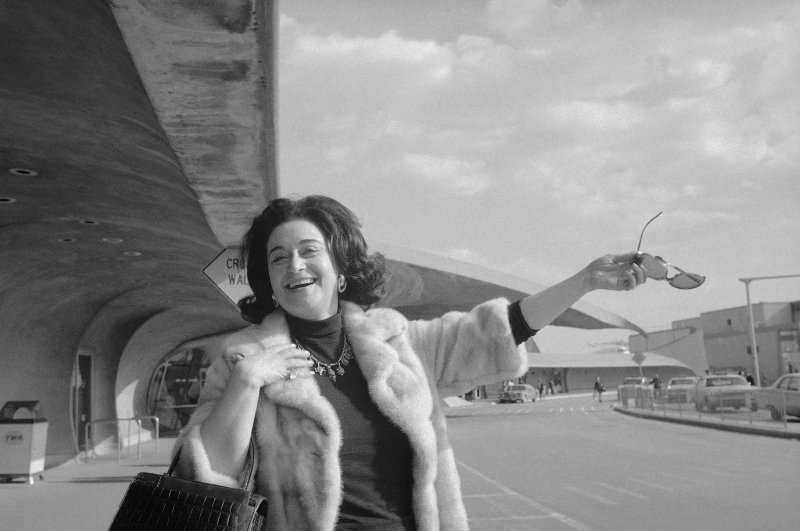 One of the leading sopranos of the 20th century, Leyla Gencer left her mark on the history of opera as La Diva Turca. Spending most of her career in Italy, she played more than 70 roles and gained fame especially for her performances as Donizetti's heroines

Turkey has raised many modern artists, who have been known to international audiences. Thanks to the transnational nature of modernity, Turks have had the opportunity to participate in art communities abroad. However, in the classical arts, the number of Turks joining the international community is much lower. Leyla Gencer, the dramatic soprano of Italian operas, was one of the few Turkish-born artists working and gaining a reputation abroad.

Leyla Gencer was born on Oct. 10, 1928, to Turkish-Polish parents in Polonezköy, a Polish village in Istanbul. Her father İbrahim Bey, who took Çeyrekgil as a surname after the Surname Act in 1934, was originally coming from the Hasanzade family, a notable Muslim family from Safranbolu, Karabük province in the western Black Sea region. Her mother Alexandra Angela Minakovska, who descended from a Polish family, converted to Islam and took Atiye as her new name after marrying Gencer’s father. Gencer in an interview once referred to her origins as “Muslim and oriental.”

The Çeyrekgils were an upper-middle class family thanks to the father’s various businesses such as fishing, farming, transportation, theater house management and water management. Unfortunately, Gencer lost her father very young.

Liceo Italiano and beyond

Gencer enrolled at the Liceo Italiano di Istanbul (Italian High School in Istanbul), a private school receiving financial support and teachers from Italy. The school has raised many notable musicians such as Jaklin Çarkçı, a mezzo-soprano, Zeynep Casalini, a popular singer, and Kudsi Erguner, an international Mawlawi musician.

Gencer initially started her voice training at Istanbul State Conservatory, where she studied with the famous maestro Muhittin Sadak and the composer Cemal Reşit Rey. After a while, she had the opportunity to study with the famous Italian dramatic soprano Giannina Arangi-Lombardi, who helped to give her a base to grasp the essence of Italian opera traditions. She later studied with Italian baritone Apollo Granforte.

According to Stefan Zucker, who interviewed Gencer and wrote a short biographical essay on her, the artist was pulled out of the Liceo Italiano because she fell in love with an older man, a 34-year-old architect. Yet, Leyla married İlham Gencer, a rich banker in 1946, who eventually predeceased her.

Gencer worked for the State Opera and Ballet until she moved to Italy in 1953. For her opera debut, she played Santuzza in Mascagni’s "Cavalleria Rusticana" opera, which she performed in Naples. Her success in singing the classical Italian opera songs and her lyrical voice helped her to become a public representative for Turkey. She performed before several foreign leaders, including two U.S. presidents, namely Dwight Eisenhower and Harry Truman; Shah Reza Pahlavi and Princess Soraya of Iran and Tito of Yugoslavia.

Living and singing in Italy

Gencer sang Santuzza in "Cavalleria Rusticana" in Naples, which opened the Italian door to her for the rest of her life. She made her La Scala opera house debut in 1957, as Madame Lidoine in the world premiere of Francis Poulenc’s "Dialogues of Carmelites." Gencer’s U.S. debut was at the San Francisco Opera House in 1956, in the title role in Ricordo Zandonai’s "Francesca da Rimini."

Gencer sang a wide-ranging repertoire throughout her career. She performed in operas from numerous composers including Monteverdi, Gluck, Mozart, Verdi, Ponchielli, Puccini and others. She sang every soprano role at Verdi operas. She became famous, however, especially for bel canto performances in less-known operas by Donizetti, Bellini and Pacini.

It’s unfortunate that Gencer couldn’t make a contract with a major record company, which prevented her performances from being heard by the masses. So, she couldn’t seize fame as great as Maria Callas' or Renata Tebaldi's. Besides, the Anglo-Saxon ears always criticized her performances as being “erratic.” On the other hand, bootleg recordings carried her voice throughout the globe, which earned her the nickname “La Diva Pirata” (the Pirate Queen).

Gencer’s career was mostly in Italy as she was a familiar part of the Italian opera community. She sang for over 30 years mainly on Italian stages. She retired from the opera stage in 1985; however, she continued singing until 1992. She worked as the artistic director of La Scala for years. She also was the chairman of the board of trustees for the Istanbul Culture and Arts Foundation. She received the first Donizetti Prize awarded by the city of Bergamo, Italy, in 1987. In 1995, a voice competition was established in her name in Istanbul.

Leyla Gencer died of heart failure at her house in Milan on May 10, 2008. Her body was cremated after a crowded funeral at La Scala on May 12, and her ashes were thrown over the Bosphorus on May 16 in line with her will.