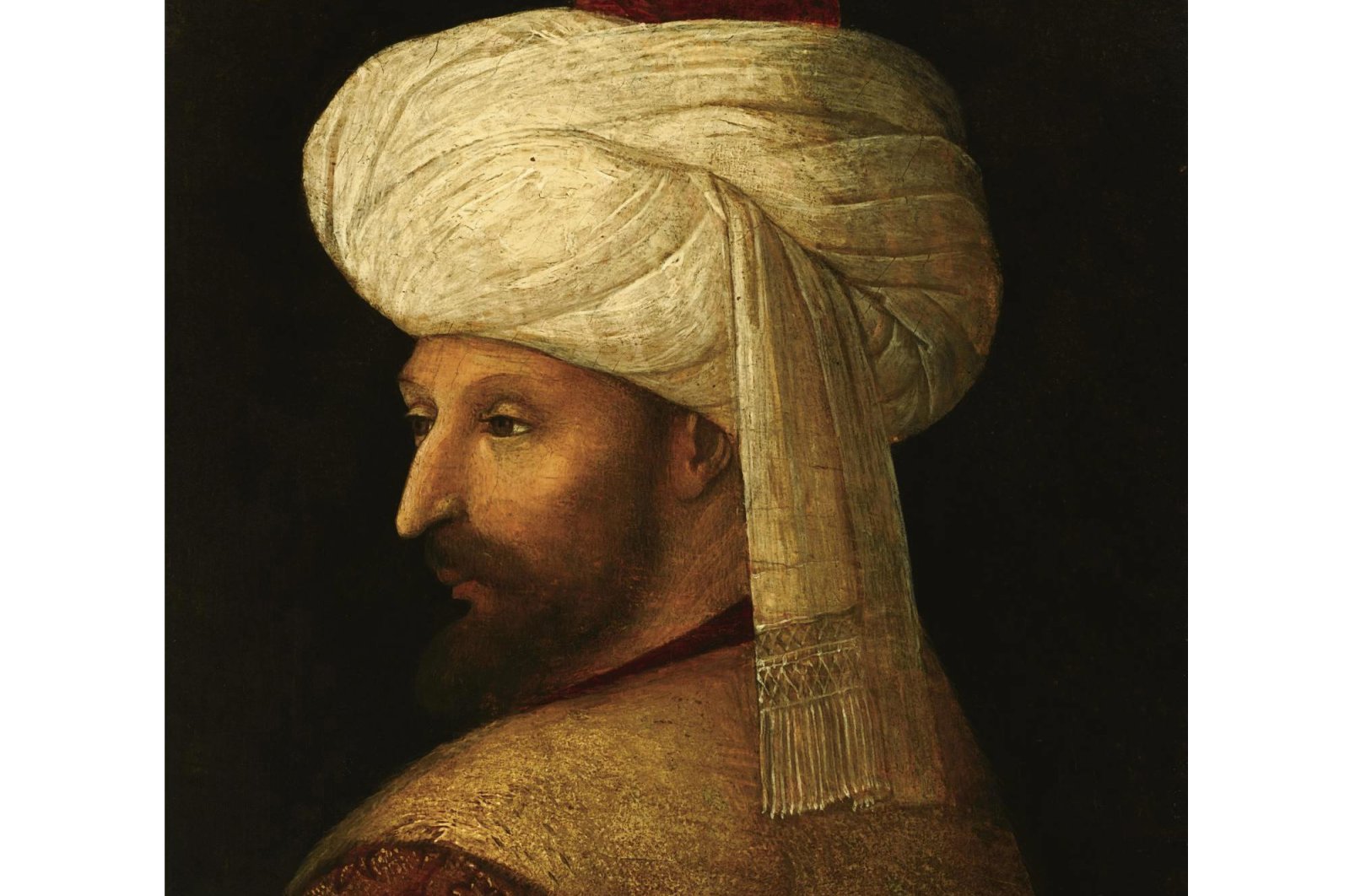 A portrait of Mehmed the Conqueror by Italian painter Gentile Bellini.
by Anadolu Agency May 04, 2020 12:38 pm
Edited By Irem Yaşar
RECOMMENDED

Among the billions of people who have walked the earth since the dawn of humanity, only a few are rightfully remembered for their exceptional skills and impact on history.

Among these stands Mehmed II, the Ottoman emperor whose achievement in having conquered Istanbul earned him the immortal title of "conqueror."

Mehmed the Conqueror was a mere 21 years old when he sent the Byzantine Empire into the dusty pages of history, leveling up the Turkish state into an empire that would reign over multiple regions across three continents for centuries to come.

Much like other leading historical figures revered throughout history, an interesting story lies at the heart of the regent’s success.

Fed up with the political grievances and weary after his eldest son's demise, Mehmed's father Murad II abdicated the throne in 1444 and urged Mehmed II to be the empire's new leader at the tender age of 12.

However, his first reign came to an end only two years later, as significant political and military figures spurred Murad II to return to the throne following tension and turmoil in the conquered territories, especially in the European region. Meanwhile, the threat from Crusaders meant the public was skeptical about a child ascending to the throne.

Although Mehmed II voluntarily left the throne to his father, it was obvious that he felt humiliated as a leader. He thereafter returned to Manisa in the Aegean region, where he got married and continued to develop his intellect. The young royal also gained military insight by joining his father at the Battle of Kosovo in 1448.

Back to the throne

When his father died in 1451, Mehmed II ascended the throne once more, yet this time with many lessons learned and a degree of experience under his belt.

Seeking to prove himself in the eyes of senior Ottoman figures and the public and realizing his ultimate goal of making history, his eyes were fixed on the conquest of Constantinople – then the Byzantine capital. He immediately launched preparations for the coming battle.

Although the city had been besieged many times before, nobody had been able to take it, and Mehmed II knew well that achieving the impossible required unorthodox tactics and insight.

The sultan assembled a large army (said to include over 200,000 soldiers, yet some historians say the figure was less than half of this) and appeared before the city's strong walls with full confidence.

The conquest of the city is the best-known victory of Mehmed II, but in subsequent years he also ensured Ottoman control over Serbia, Morea, Trebizond (modern Trabzon) in the northern region of modern Turkey, as well as Bosnia, Albania, and a number of Anatolian (central Turkish) territories.

Across the course of over two dozen military campaigns during his reign, the emperor managed to conquer large swathes of territories, increasing Ottoman control to over 2.2 million square kilometers (1.4 million square miles).

Mehmed II’s swan song victory came in 1480, when he triumphed in Otranto, Italy, and was next planning moves to draw closer to Rome. However, fate had other plans and the conqueror died on May 3, 1481.

Historians in Turkey still argue over whether he was truly setting his sights on Rome, which is likely, given his taking of Otranto. An alternative makes the case that he would have instead expanded eastward.

While the great Ottoman emperor is mostly remembered for the dazzling military conquests of his reign, he was also a true intellectual.

Mehmet is believed to have spoken Persian, Arabic, ancient Greek and Italian – which is viewed by many as a sign suggesting his desire to form an empire spanning the West and East alike.

Known to be a poet, the conqueror also had a great interest in the arts, having commissioned Renaissance painter Bellini to do his portrait.

The Ottoman emperor might have been inspired by the life of Alexander the Great in his pursuit of forming an empire, having read a great deal about the military campaigns led by the legendary figure.

Homer's Iliad was among the books in his library, and Ptolemy's ancient world map is believed to have been one of the gems of his collection.

In a brief life of just 49 years, the conqueror managed to leave an indelible mark on history and his legacy still lives on today; he managed to turn his story from humiliation to greatness.