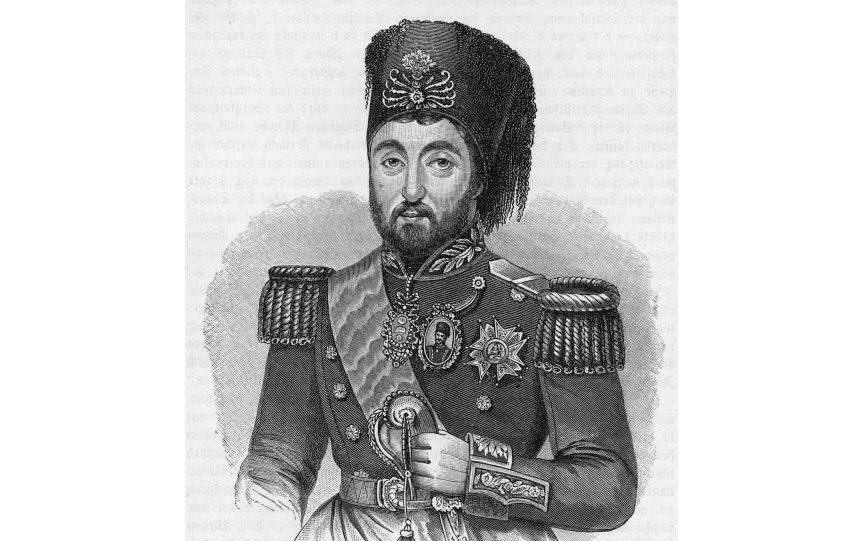 A sketch of Mustafa Reşit Pasha in court uniform taken from "A History of All Nations from the Earliest Times" by John Henry Wright, published in 1906.
by Hakan Arslanbenzer
Oct 30, 2020 10:50 am

The Ottoman reform movement of the 19th century, namely the "Tanzimat," has been a matter of controversy among not only academic circles but ideological groups as well. While Islamists believe that the Tanzimat was the beginning of the decline of the Ottoman state, Kemalists have suggested that what was attempted by the Tanzimat was achieved by Kemalist Turkey a century later. Yet, both agree with the idea that the Tanzimat aimed to Westernize the state.

A controversial period, the Tanzimat does not lack controversial political figures, including the sultan himself, Abdülmecid I, and his foreign secretary Mustafa Reşit Pasha, who has always been accused of working hand in hand with the British, of being too naive to see the imperialism of the Western European states at that time, of trying to alienate Turkish society and more.

The competing narrative depicts a completely different portrait of Reşit Pasha by neglecting his close relationship with Britain, which is obviously an anachronic and manipulative ideological interpretation. It is anachronic because Mustafa Reşit Pasha and supporters, including Sultan Abdülmecid I, did not mean to create the foundations of the modern Turkish republic, the idea for which was offered by loyal Kemalist scholars without the required scientific evidence. It is also manipulative because it does not heed the context. Was Mustafa Reşit Pasha politically conscious enough to see the possible impact of the reforms he handled? Did he analyze or have others analyze the exact needs of the people of the Ottoman state? Moreover, weren't Tanzimat reforms too superficial and unfeasible after a few were applied and enacted?

So, we should take a closer look at Mustafa Reşit Pasha to see what he was and what he did in reality. Let's discuss if he was, in fact, a great reformist.

Mustafa Reşit Pasha, who was sometimes referred to as "Koca" or "Büyük," adjectives meaning "great" in Turkish, was born on March 13, 1800, in Istanbul's Davutpaşa neighborhood to Mustafa Efendi, a secretary working in the complex of Sultan Bayezid II. He was tutored by his father rather than receiving an official education. When his father died, Mustafa Reşit was supported by a senior relative of his family, Seyyid Ali Pasha.

Mustafa Reşit would follow Seyid Ali during his service in the Balkans. When Seyyid Ali Pasha became the grand vizier for the short term, Reşit also became an official public servant, the mühürdar (seal carrier) of the grand vizier. After Seyyit Ali Pasha's dismissal, Reşit was also left unemployed, a common practice in the Ottoman bureaucracy before the Tanzimat reforms. Thus, he worked with another significant figure, Beylikçi Akif Efendi, who helped him become an official secretary at the Babıali (the Sublime Porte), the central government.

Mustafa Reşit was a rising star among the ranks of Ottoman bureaucracy. Ottomans placed great importance on the style of writing, which helped Reşit gain promotions. After the subtlety of his writing was recognized by Sultan Mahmud II, he was assigned as the chief secretary for peace negotiations in Adrianople (Edirne) with the Russian delegates following the Russo-Turkish War of 1828-1829. In 1830, he was also the second secretary during the negotiations with the rebellious Muhammad Ali Pasha of Egypt, who rose among the volunteers that gathered to save Egypt from French occupation at that time and later declared himself the Khedive of Egypt following the withdrawal of the French. The latter service helped him to become an "amedi," which was a special secretary responsible for the communications between the palace and the government.

In 1834, Reşit Pasha was sent to Paris as an envoy to negotiate the situation of Algeria, which France's military had invaded four years earlier. He met Klemens von Metternich, the most significant Austrian diplomat of the 19th century, in Vienna to get support from Austria for the Algeria matter, but his efforts failed.

Reşit Pasha tried to create pro-Ottoman influence in the French press, especially against Muhammad Ali Pasha, who led the separation of Egypt from the Ottoman state.

In the following year, Reşit Pasha was assigned as the Ottoman ambassador to London, an assignment that would determine both his personal destiny and the trajectory of Ottoman politics. Though he could not obtain the support of Britain in the Algeria issue, he succeeded in creating sympathy among the British for the Ottoman cause against Muhammad Ali Pasha's ambitions.

As a reward for his success as a diplomat, Mustafa Reşit Pasha was given the office of foreign secretary in 1837. He was the main figure behind the exclusive trade deal with Britain signed in 1838. Known as the Treaty of Balta Limanı, this Turko-British deal has been notorious for its later consequences. Many Islamists and socialists have argued that the treaty was the first trade deal, making Turkey an open hunting ground for capitalist exploitation. Though Reşit Pasha and his supporters thought that such agreements would convince Britain to help keep the Ottoman Empire, which was their main motivation for a while, later events show us that such acts only helped to cause delays. As we all know, Britain was the leader of the alliance that tore apart the Ottoman Empire at the end of World War I.

A controversial reformation: Tanzimat and beyond

Mustafa Reşit Pasha's name is associated with the Tanzimat, which was a royal decree aiming to reform the Ottoman state and law. The main idea of the Tanzimat was to take the Ottoman state to the same level as the Western powers through the reform of the state and civil society. For centuries, the Turkish empire was ruled according to the "millet system", which allowed separate religious groups to enjoy their own customs and law.

In 1839, with the Tanzimat decree orchestrated by Mustafa Reşit Pasha the foreign secretary, sealed and signed by Sultan Abdülmecid I, all of the "millets" was declared equal. That equality is seen by some modernists as the grounds of the modern Turkish civil society, while others think that the dissolution of the empire began with that declaration of unbalanced equality since the Christian "nations" were heavily influenced by nationalism, Western powers and Russia.

Either way, Mustafa Reşit Pasha was the main character who dismantled the old regime of the Ottoman state without really establishing a new one. He was heavily influenced by British politicians and diplomats. He was not realistic in the matters he supported, including the Treaty of Balta Limanı and the Tanzimat decree.

On the other hand, Mustafa Reşit Pasha facilitated progress, as well, especially in the restructuring of bureaucracy. He founded some new offices, while the main impact of his can be defined as the centralization of the state. He also tried to found the Encümen-i Daniş as a counterpart of the royal science academies of the Western European states, such as France and Britain.

Mustafa Reşit Pasha was assigned, dismissed and reassigned as grand vizier multiple times. He dealt with many international issues such as the Suez Canal project and the Crimean War with the Russians, during which the Western states supported the Ottomans.

Mustafa Reşit Pasha died of a heart attack on Jan. 7, 1858. His tomb is located next to the Bayezid II Mosque Complex in Istanbul, where his father had once worked.