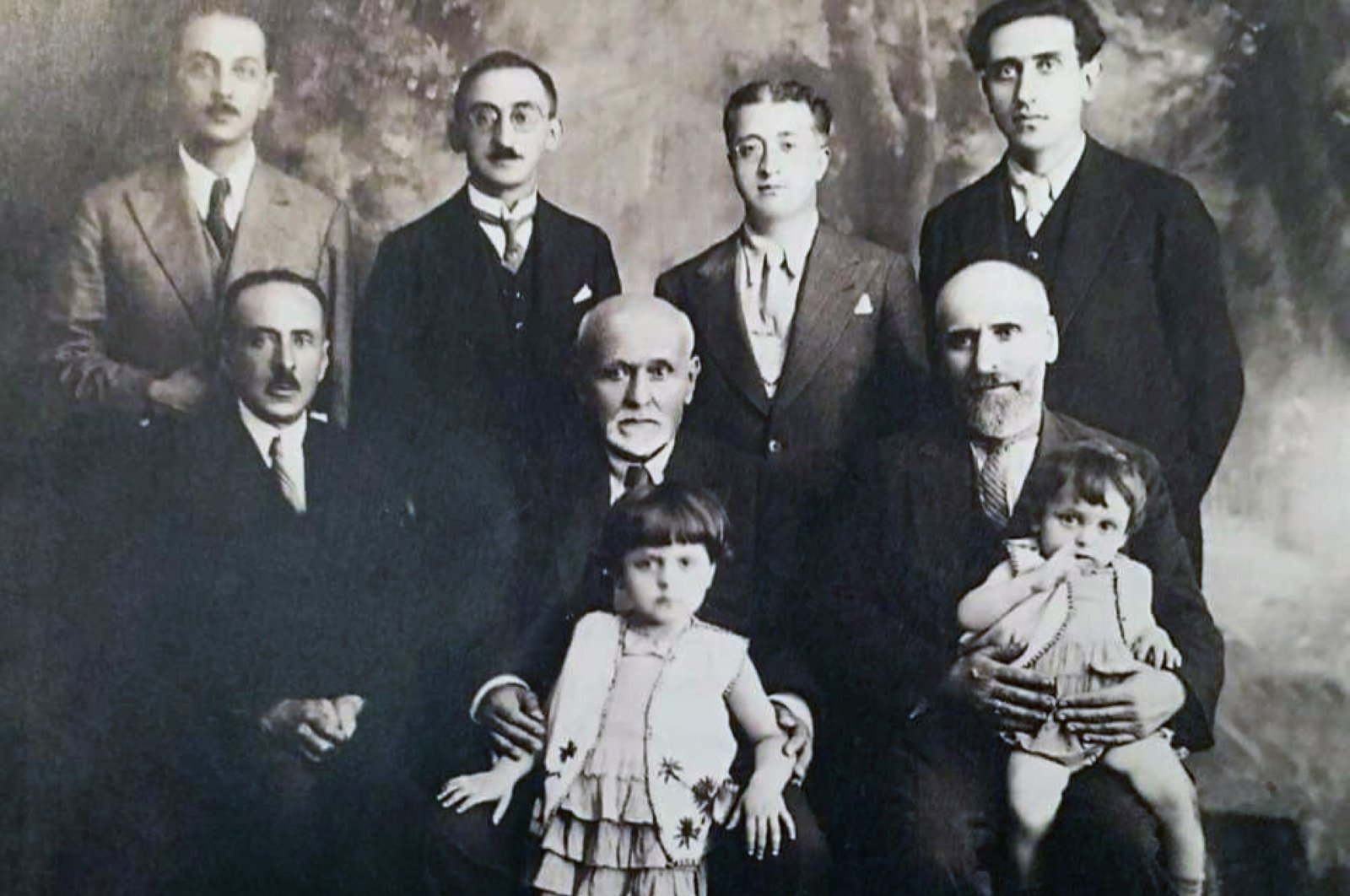 Ömer Ferit Kam, who defended spiritualism and metaphysics in the name of Islam during the Republican era, was a scholar of Islamic philosophy and Sufism with a great talent for languages, including Arabic, Persian and French

The university reform of 1933 changed the landscape of the Turkish intellectual and academic scene forever. Under the so-called reform, more than half of the previous professors of Darülfünun (literally “house of sciences,” the only higher education institution in Turkey before 1933) – to be precise, 157 out of 240 – were fired as a symbolic move intended to show that their sciences and knowledge were out of date and should be abandoned.

As the Kemalist administration aimed at a total Westernization in higher education, they exploited the situation of the German scholars, many of whom had a Jewish lineage, running from their homeland in self-exile after the national socialists won the elections that year. Indeed, the Kemalists had been angry with the previous professors of the Darülfünun. Reşit Galip, the minister of education and the architect of the university reform of 1933, had said: “The Darülfünun didn’t give any support to the Alphabet Revolution nor did they scratch their pens for the new historiography or economical policies. The Darülfünun of Istanbul eventually was silenced, abandoned the world in a medieval isolation of themselves.” These ferocious words were typical for the Kemalist understanding of the clash between the scientists and thinkers of the early Republican era and the rulers of the state. The regime, happy with firing the most distinguished professors in Turkey, replaced them with the newcomers, the Germans.

The 1933 reform caused many professors to find themselves in oblivion and devastating silence. Today, we don’t have a strong connection with what they knew, thought and wrote before and after the university reform. Endeavors to save their philosophical, literary and scientific heritage were unable to transfer the knowledge to younger generations. Only experts in the history of higher education are familiar with their works. However, some are well known for their reputation in Islamic knowledge. Ömer Ferit Kam was one of the few scholars of Islamic philosophy and Sufism who have been cited more than the many Germans of Reşit Galip.

Kam was born in Istanbul on Jan. 11, 1864, to an upper-class family. His father, Ahmet Muhtar Pasha, was a military physician who served as the private doctor of Sultan Abdülhamid II for a while. His ancestry was originally from central Çankırı province.

Kam was first schooled in Beylerbeyi Rüştiyesi secondary school besides private lessons he received from various tutors. In order to fulfill his father’s wishes, he enrolled at the Mekteb-i Tıbbıye-yi Mülkiye, a school of medicine for civilians. Yet, he left the school of medicine after only one year and enrolled at the Mekteb-i Hukuk, a school of law, for another chance in higher education. Unfortunately, he had to leave that school, too, upon the sudden death of his father two years later.

Kam showed great enthusiasm for learning. He tried his best to learn anything and everything from his private tutors, thereby learning Arabic, Persian and French. He also had a great knowledge of the Hadiths, Prophet Muhammad’s life and words. Kam had abundant gratitude for his private tutors, mostly for Mehmet Nüzhet Efendi, a poet and the director of the state’s printing house. He also received an icazetname, an Islamic license to teach a special course, from the lessons of Mustafa Asım Efendi at the Fatih Mosque in 1905.

A few years after his father’s death, Kam began to work as a translator at the Government Translation Office. In 1888, he became a French teacher at the Beylerbeyi Rüşdiyesi, from which he was an alumnus. His vast knowledge of languages would lead him through his entire career. He was granted a royal order by the Iranian government after translating a poem by Mirza Rıza Danış Han, the Iranian ambassador to Istanbul, into Turkish.

Professor of literature and philosophy

In 1914, Kam was appointed as the professor of Turkish language and literature at the Darülfünun after Mehmet Akif Ersoy, his friend and spiritual leader, left the same position. Though he worked hard as a literary professor and wrote a book on studying classical Turkish literature, which is still published under the title “Asar-ı Edebiyye Tedkikatı” ("Studying Literary Works"), he left the Darülfünun and transferred to the Süleymaniye Madrasah to teach history and philosophy in 1917.

Kam was among the steady writers of the Islamic journals “Sırat-ı Müstakim” (Right Way) and “Sebilürreşad,” both published by Eşref Edip and edited by Ersoy, the great poet. He wrote expert articles on Islamic philosophy and Sufism. In 1913, Kam was sent to Europe to study the ways of the European “ulema ve felasife” (scholars and philosophers). He wrote his impressions in Sebilürreşad under the “European Letters” headline.

Kam worked as a professor of philosophy at the Süleymaniye Madrasah and Darülfünun before the Kemalist regime banned the madrasahs. After that, he was appointed to the Darülfünun as the professor of Persian literature in 1924. After nine years’ work, he was fired in 1933 due to the situations we have cited before.

However, again, like his Muslim comrades, he was cut from his business and reputation by the secularist regime. Kam spent his time after the fierce reform of 1933 in loneliness and frustration. He did a few insignificant jobs for the government, but the old days when he was the reputable scholar of the knowledge of the East and the West were gone for good.

On the other hand, Kam turned his path to Sufism, this time in a more personal and existential way. He studied, contemplated and wrote on Ibn Arabi and Rumi’s texts, which led him to an individual Sufism, which he brought into the light in two volumes named “Vahdet-i Vücud” ("Unity of Existence") and “Dinî ve Felsefi Musahabeler” ("Conversations on Religion and Philosophy"). His other works include “Türrehat” ("Early Poems"), “Şerh-i Mütun” ("Commentary on Classical Texts"), “İran Edebiyatı Tarihi” ("History of Iranian Literature"), “Sabit ve Baki Hakkında İnceleme” ("Study on Two Turkish Poets, namely Sabit and Baki"), “Felsefe Tarihi Notları” ("Notes on the History of Philosophy") and “İlm-i Ahlak” ("The Knowledge of Ethics;" a translation by Emile Boirac).

Kam was the first author to defend spiritualism and metaphysics in the name of Islam during the Republican era, especially against the positivism and materialism defended by Celal Nuri İleri. Kam mostly interpreted Islamic Sufism, particularly that of Ibn Arabi, in the terms of modern metaphysics.