Raphael, one of three artists at apogee of High Renaissance 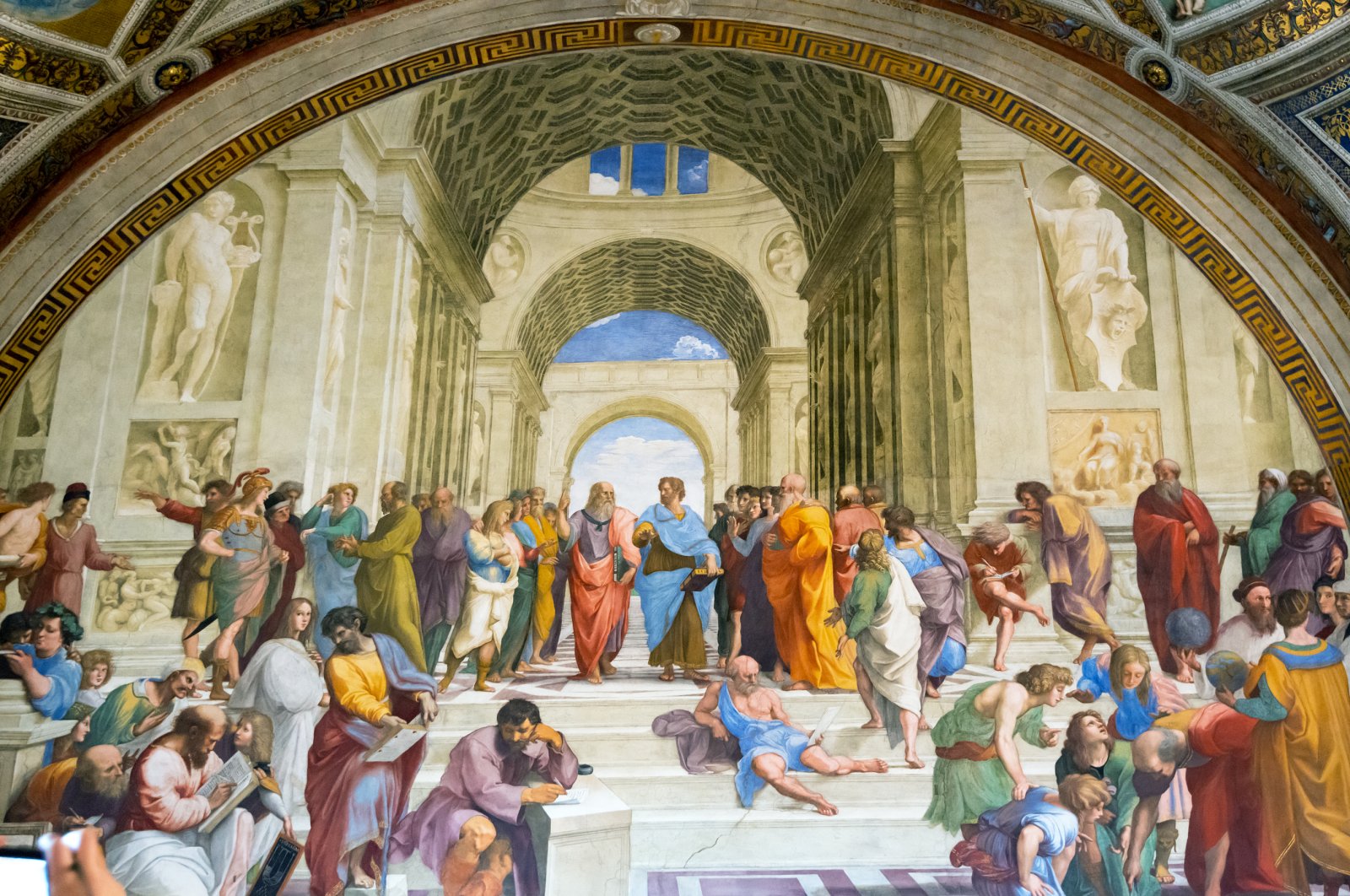 Renaissance, which means to be reborn in the lexical meaning, was an important period of cultural rebirth that began in Italy in the early 1300s. Gradually spreading to other European countries, the movement inspired people to improve their culture with the classical learning and values of ancient Greece and Rome. While various developments like the discovery of the printing press and new continents were the highlights in this era, it was also a time of blossoming in literature, philosophy and the arts.

Named the “Proto-Renaissance,” the early origins of this period’s art date back to the late 13th and early 14th centuries. In this period, artists and scholars were trying to reawaken the ideals of classical Roman culture. In the later period of the 14th century, plague and war took the lead and the Proto-Renaissance disappeared.

Nevertheless, artists commissioned by the wealthy families and churches of Florence were continuing to make art. At the end of the 15th century, known as the High Renaissance, Rome became the principal center of art by replacing Florence. This short High Renaissance period began around the 1500s and ended in 1527 with the Sack of Rome, according to some art historians. However, some also say that it ended when Italian painter Raphael, aka Raffaello Sanzio da Urbanio, died in 1520.

April 6 marked the 500th death anniversary of Raphael, who was one of the three undisputed masters of the High Renaissance, together with Michelangelo and Leonardo da Vinci. While we have plenty of time in self-isolation, why don’t we take a closer look at the life and work of the artist to both commemorate his artistic heritage and start learning art history?

During the High Renaissance period, Michelangelo came to the forefront as a sculptor, painter and architect with ingenuity in portraying human figures. His frescoes are among the greatest works of the art world. Da Vinci, who was a generation older than Michelangelo and Raphael, is the creator of the two best-known artworks: “The Last Supper” and “Mona Lisa.” Prolific artist Raphael was skilled in the delicate use of colors.

Raphael was born in 1483 in Italy’s Urbino. As his father, Giovanni Santi, was the court painter of the then city ruler, Raphael’s interest in painting started early. After learning the basics of painting from his father, he became an apprentice for Petro Perugino, the painter of the Umbrian school, at the age of 17. For four years, he mastered Perugino’s technique and was so successful that hardly anyone can distinguish them. In the early works of Raphael’s, such as “The Sistine Madonna,” Perugino’s influence is identifiable.

In the later period, Raphael left for Florence and befriended several artists there. While in the city, he replaced the technique he learned from Perugino with innovative styles. He assimilated various approaches of many other artists, including Da Vinci. For example, Raphael’s “Portrait of Maddalena Doni” reveals the compositional ideas of Da Vinci even from the very first sight.

In 1508, Raphael moved to Rome’s Vatican. In Rome, his oil technique developed when he started to paint works commissioned by Pope Julius II for his private library. The pope wanted to outshine the rooms with Raphael’s frescos over his rival and predecessor Pope Alexander VI. The rooms, aka the four Raphael Rooms, are the Sala di Costantino (Hall of Constantine), the Stanza di Eliodoro (Room of Heliodorus), the Stanza della Segnatura (Room of the Signatura), and the Stanza dell'Incendio del Borgo (The Room of the Fire in the Borgo). Even though the pope died during Raphael’s commission, Julius’ successor Leo X was moved by Raphael’s talent and commissioned him again. The works that Raphael created for these rooms, such as “The Disputation of the Holy Sacrament,” “The School of Athens” and “The Parnassus,” were among the most recognizable pieces of his iconography. After these rooms, Raphael continued to receive commissions.

The artist was successful as he both absorbed the unique skills of other masters and managed to create an authentic style. One of his earliest works, “The Three Graces,” is said to be influenced by the misty background that Da Vinci used in his “Mona Lisa.” However, his authentic style can also clearly be observed in many works. "La Belle Jardiniere," also known as Madonna and Child with Saint John the Baptist, and “The Triumph of Galatea” are shown among his original works.

Raphael never married. Feeling ill for some time, he eventually died at the age of 37 and was buried in the Pantheon at his own request.