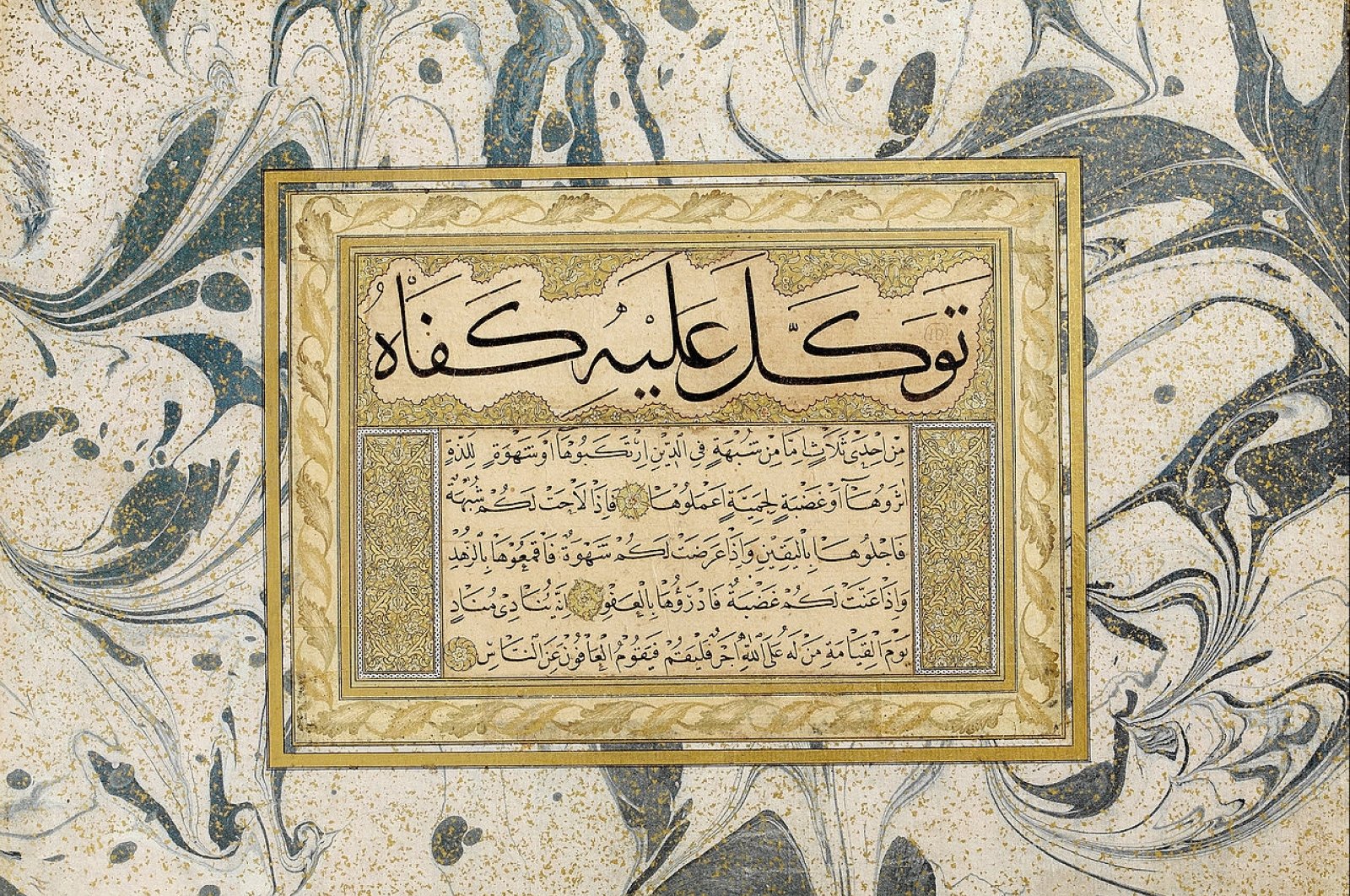 A copy of the poem “Layla and Majnun” inscribed in Naskh calligraphy by Sheikh Hamdullah was recently unveiled in Berlin, Germany. This revelation coincides with the 500th anniversary of the death of Sheikh Hamdullah, who is considered the founder of the Turkish calligraphy school. Let’s get to know this master by learning his life story.

Sheikh Hamdullah, considered the calligrapher who brought the art of Islamic calligraphy to the forefront, was born in Turkey's Black Sea province of Amasya. While receiving religious sciences and literary lessons from Hatip Kasım Efendi, the famous teacher of the era, he was also able to learn advanced Arabic. His first calligraphy teacher was Sufi Çelebizade Ali Efendi. After he became a clerk for Sultan Mehmed II, also known as Mehmed the Conqueror, he completed his calligraphy studies in Amasya under the guidance of Hayrettin Halil Çelebi.

Sheikh Hamdullah was known as “Kıbletül Küttab” (the Qiblah of Clerks) for his calligraphy and his unique style. His calligraphy developed and became so beautiful that although the calligraphers of his time and in the following era tried to imitate him, very few could replicate his skill.

Starting from when he was a still only a şehzade (son of a sultan) and governor of Amasya, Ottoman Sultan Bayezid II respected Sheikh Hamdullah and even served the master by holding Hamdullah's calligraphy inkwell in his own hands while he worked. He made sure to seat the calligrapher near him at the events and distinguished him from other guests.

Sheikh Hamdullah, the master of calligraphers, received the title of "sheikh" for archery. Famous for making bows and arrows, he was a talented archer as well. He broke the archery record, which led him to be appointed by Sultan Bayezid II as the sheikh of the Ok Meydanı archers. Sheikh Hamdullah was also a talented tailor. People had difficulty finding the seams of the caftans, traditional cotton or silk ankle-length garments, he sewed. Sheikh Hamdullah even sewed a caftan as a gift for Bayezid II when he was a şehzade.

After Bayezid II's death, Sheikh Hamdullah went into complete seclusion for eight years during the reign of Sultan Selim I, known as Selim the Grim or Selim the Resolute, who succeeded his father. He spent his days educating students and instructing disciples under his spiritual guidance. He died in Istanbul in 1526 and was buried in Karacaahmet Cemetery.