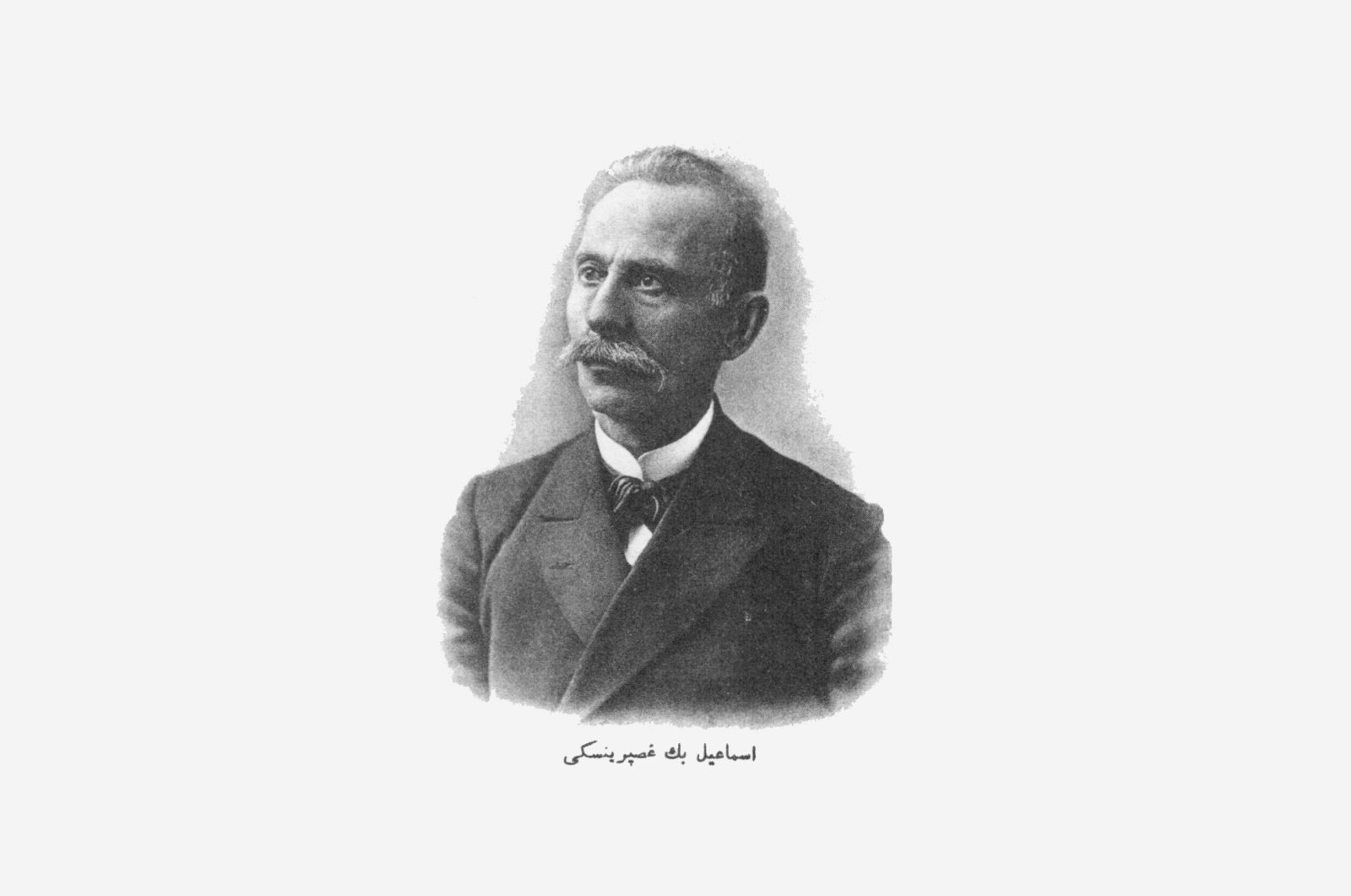 The great Crimean Tatar enlightenment thinker Ismail Gaspıralı (Gasprisky) who was profoundly influential in the Turkic world is being commemorated on the 169th anniversary of his birth.

“Our religion teaches that good can be done in three ways: By labor, word and alms – both this and the other and the third are equally pleasing to God and noble: The poor help the neighbor by work, the scientist by teaching, the rich by giving.”

These words belong to the great Crimean Tatar enlightener, public figure and publisher Gaspıralı, whose ideas and practices covered all of the Turkic world.

His “unity in the language, at work, in the opinion” ignited around him new generations of the intelligentsia.

Gaspıralı, who received his surname from Gaspıra village in Crimea, the birthplace of his father, was born on March 20, 1851, in Avcıköy village near Bahçesaray.

He received his first education at a local Muslim school and then studied at the Men’s Gymnasium in Simferopol. Gaspıralı enrolled in war schools in Voronezh and then in Moscow with the intention to become a soldier.

However, his military career ended when he was caught trying to sneak into Turkey to join the Ottoman army who at that time fought against Greeks in Crete island.

After returning to Crimea, Gaspıralı worked as a teacher for some time. But in February 1879 he was elected as mayor of Bahçesaray and remained in this position until March 1884.

Written by Gaspıralı in 1881, the essay “Russian Islam. Thoughts, notes and observations of Muslims” became a kind of intellectual manifesto not only for its author but also for a large number of people.

Gaspıralı wanted to raise the voice of Turkish-speaking ethnic groups and create a national awakening. His articles about Russian Muslims contributed to educational reforms in Turkish and Muslim communities.

His ideas were based on creating a national press to keep Turkic communities aware of each other.

In April 1883, he published the first edition of the Tercümân newspaper in Bahçesaray, which for a long time remained the only Turkic newspaper in Russia. The newspaper covered the most pressing topics of people's lives and was published in both the Crimean Tatar and Russian languages.

At first, the newspaper was published once a week, until 1903 when it started to come out two days a week and became daily in 1912.

The Tercümân was the first Turkic newspaper to be published in Crimea and the third among Russian Muslims.

The newspaper has reached great popularity in the Turkic world. Despite its limited circulation, the Tercümân was one of the newspapers that intellectuals were reading continuously in the Ottoman Empire, Iran, Balkans and the Caucasus as well as Russia.

The Tercümân lasted until the death of Gaspıralı in 1914 and another four years came out under the editorship of his son, Refat.

In the school, reading, writing and other lessons were given in an easier and more practical way. This method was revolutionary for Muslim schools in the Russian Empire.

His ideas were based on the education system which above all must focus on teaching in the mother tongue and include common knowledge as well as religious knowledge.

This system, which Gaspıralı called "Usul-ü Cedid," became more widespread later. In 1895, the number of Usul-ü Cedid schools in the Russian Empire surpassed 100, and in 1914 it reached about 5,000.

The new educational methods introduced by Gaspıralı were applied not only in Crimea but also in Tatarstan, Azerbaijan, Turkey and many other countries.