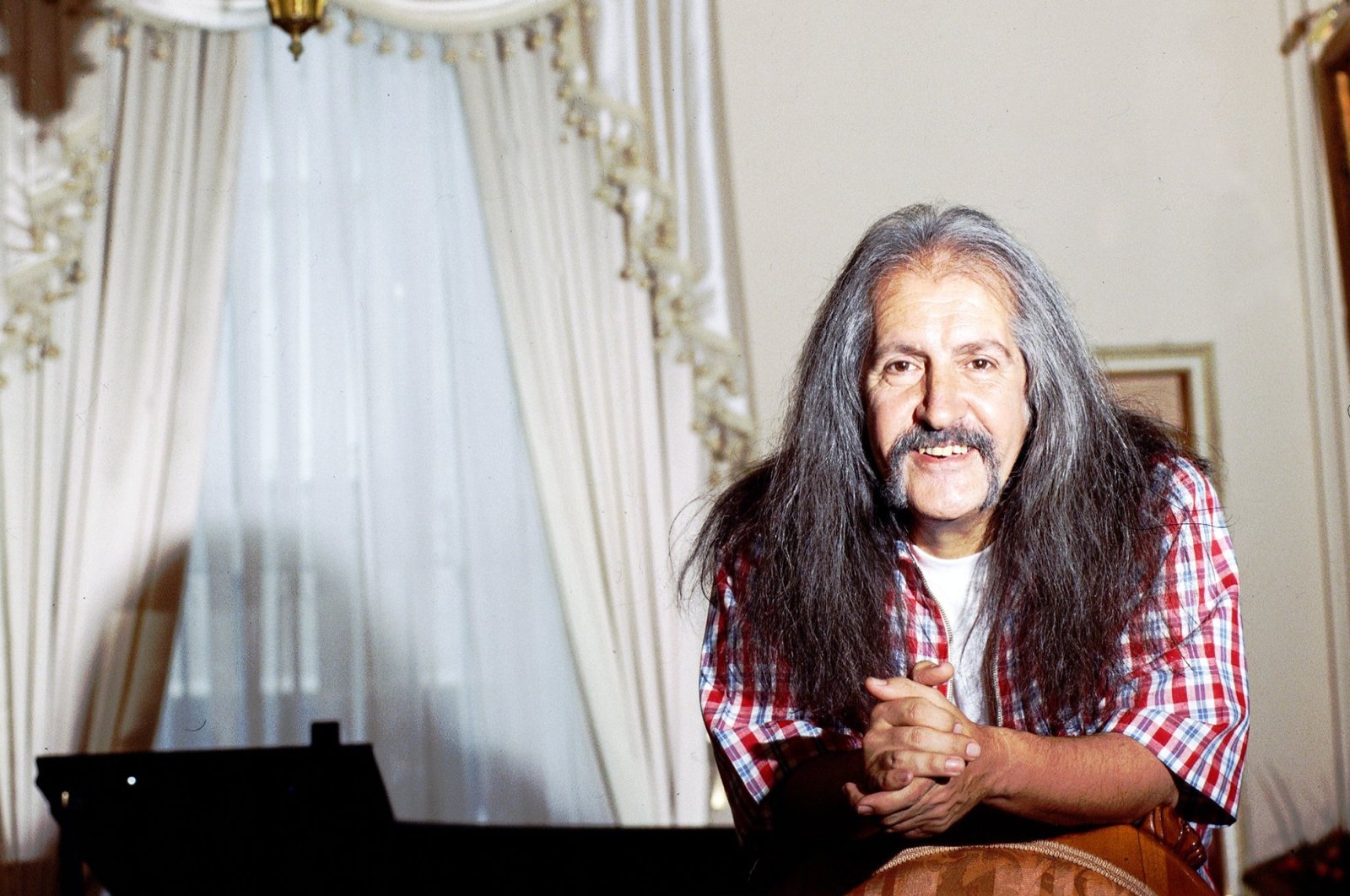 Turkish rock legend, singer, composer and television host Barış Manço was remembered on Jan. 31, the 22nd anniversary of his death.

The Barış Manço ferry, renovated and renamed as such in 2020, held its annual commemoration for the distinguished artist on Sunday. There was doubt over the event due to restrictions regarding COVID-19. However, Manço's son Doğukan had confirmed to Anadolu Agency (AA) that the ferry's annual journey was not canceled. "The traditional Barış Manço ferry will make its voyage, as it makes on the first Sunday of February every year, God willing, but without any passengers this year," he said. The event was also streamed live from the official Instagram account of Barış Manço.

Manço was born on Jan. 2, 1943, in Istanbul, during World War II. He was named Barış, which means "peace" in the Turkish language. Manço was interested and talented in music even at a young age. He formed a band called "Barış Manço and Buddies" during his time at Galatasaray High School and released his first composition named “Dream Girl” in 1958. He also performed his first concert while at the same high school.

In 1962, Manço released an album with a band called "Harmonies" when he was just 19 years old. The album included two songs with English lyrics, titled "Twist in USA" and "The Jet." One year later, Manço moved to Belgium to be with his brother and enrolled in the Royal Academy of Fine Arts where he studied graphic and textile design. He graduated in 1969.

Manço continued his career by reimagining traditional Turkish folk songs in rock and roll music. He received the Golden Record Award with these reinvented folk songs albums. He released “Dağlar Dağlar” in 1970, which would earn him the only Platin Record Award of his career, selling more than 700,000 records in a short amount of time.

The Turkish musician performed all across Turkey and Europe, visiting Holland, Belgium, the U.K., Germany and Cyprus on his 1979 tour. He continued his career for many years, preaching peace, unity and friendship and even lending a hand to the Turkish-Japanese relationship by performing in Japan. He was awarded numerous prizes all over the world, particularly in Turkey, Belgium and France. In 1978, he married Lale Cağlar, with whom he had two sons.

Manço impressed everyone when he started his television career in 1988, directing and presenting the program, “7'den 77'ye,” meaning from “7 to 77.” He wrote and recorded more than 200 songs during his career, many of which were translated into English, Japanese, French, Italian, Greek, Persian and Arabic.

In his early years, Manço had a short hairstyle, but the esteemed artist was sketched into the memory of Turkish people with his signature style of long hair, authentic clothing, bracelets, rings and a belt, which he adopted later in his career.

Manço died of a heart attack on Feb. 1, 1999, just before the release of his album “Mançoloji,” celebrating his 40th year in the music industry. Millions of people gathered in Istanbul for his funeral.

His son Doğukan Manço said that his father modernized folk songs. "With a new music style, he kept the classics alive," Doğukan remarked. “I sang your folk songs to you,” he recalled his father saying. "If you pay attention to the lyrics, they always emphasized the teachings that are in our culture, values."

For Doğukan Manço, no artist can be compared to his father. "Today, people of all views and walks of life come to his house. All religions, races ... Nobody would claim that this man is against us, because everyone finds something for themselves," he said.

Batıkan Manço, the late musician's younger son, said it would be unfair to describe him as just a musician, adding that he believed his father was sent for a purpose, to convey something to his people. "He had such a character that he never forgot his past. Living through difficult times, which this generation never experienced, made Barış Manço strong," he said.