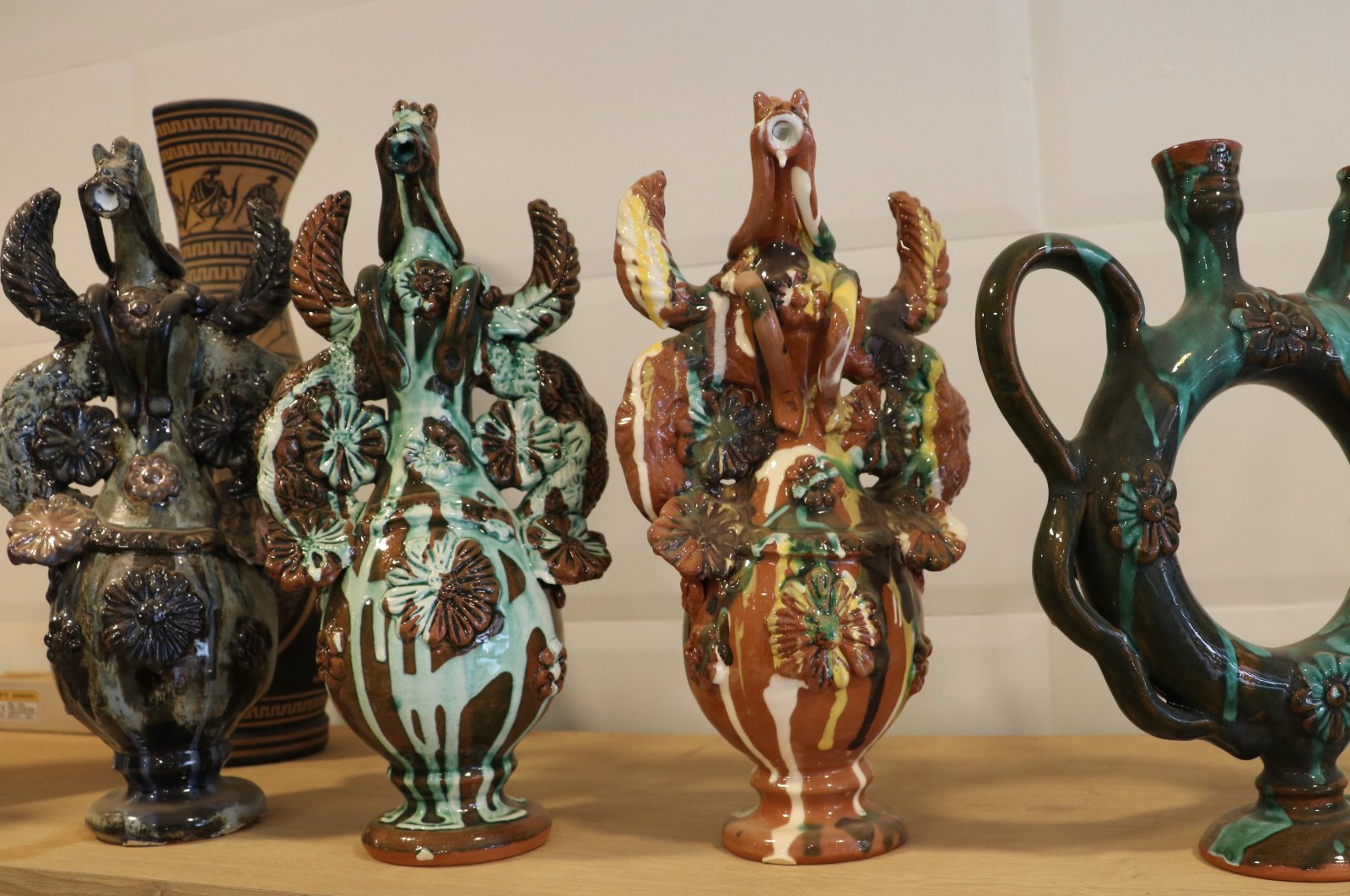 The art of pottery has seen a significant increase in demand in northwestern Turkey's Çanakkale thanks to the talented craftswomen of the town. The unique craft has provided the local women an extra source of income while encouraging their creative output. After receiving education and training, the talented artists go on to establish their own workshops and businesses.

The demand for the local, handmade pottery products of Çanakkale has seen a significant surge in recent months. The handcrafted products take shape at workshops and are then fired at high temperatures in special ovens. The finished products are showcased in the shop windows.

Elif Çetin, a graduate of pottery courses, has been creating clay and ceramic products at her own workshop since 2014. Çetin told Anadolu Agency (AA) that ever since being introduced to the craft, pottery has occupied a special place in her heart. “I quit my job when my son was 2 1/2 years old, and around the same period, I began taking ceramics courses. I fell in love with it, and it became the meaning of my life, but I didn't want to stop with just courses. So, I received more education, and with the guidance of my teachers and my peers, I decided to open a ceramics workshop in Çanakkale. I have been running my own workshop since 2014,” she said, adding that for her it was the right decision to step into the world of pottery.

Çetin also said that Çanakkale is a historical home for the art of traditional pottery-making. She expressed her desire to make ceramics a more prevalent object in people's day-to-day lives. “These ceramics are created with everyday use in mind. I want them to be part of our lives, not just sit and gather dust on a shelf. So, our production line is more geared toward daily life. While creating such products, we employ traditional Çanakkale techniques,” she said.

Çetin remarked that the work they do carries significant importance, especially for the women of Çanakkale. “The work we do here is invaluable. Each product in this workshop is handmade. I believe a woman's touch makes everything more beautiful,” she said, adding that having more and more women involved in pottery provided great benefits for the art form and for the economy of Çanakale and Turkey.

Another workshop owner, Seda Görgün, said the demand for pottery and ceramics was increasing steadily. “Lately, there have been many ceramics workshops popping up, particularly in Çanakkale. It is mostly women who open these workshops,” she said, adding that she believed the increase in demand was related to the quality of the products.

“I believe (the women) create beautiful products because they enjoy and relish their work. Ceramics was already a preferred line of work because it was in most people's field of interest, and that has been rising day by day," Görgün said, noting that the craft yields economic benefits.

"It is also favored as a hobby, and women find delight in pottery. So, it naturally makes sense for them to take it up as a profession as well," she said.

Görgün pointed out that she tried to reflect her own style in every product she created. “I have a target demographic which has been growing more and more. With the touch of women, the line of work became more enjoyable and pleasant," she said.

Görgün noted that demand for their products is high domestically and even internationally.

Esen Hüsmenoğlu, who has been a potter for over 30 years, said that there were very few people in the pottery business in the past, but that is changing. “We are influenced by Çanakkale ceramics, so we find it hard to give up pots, pans and cups. We have been making fast progress, which is encouraging,” she said. “We have many domestic customers and we also sell to international customers. All of them use our products happily; we receive very nice feedback.”