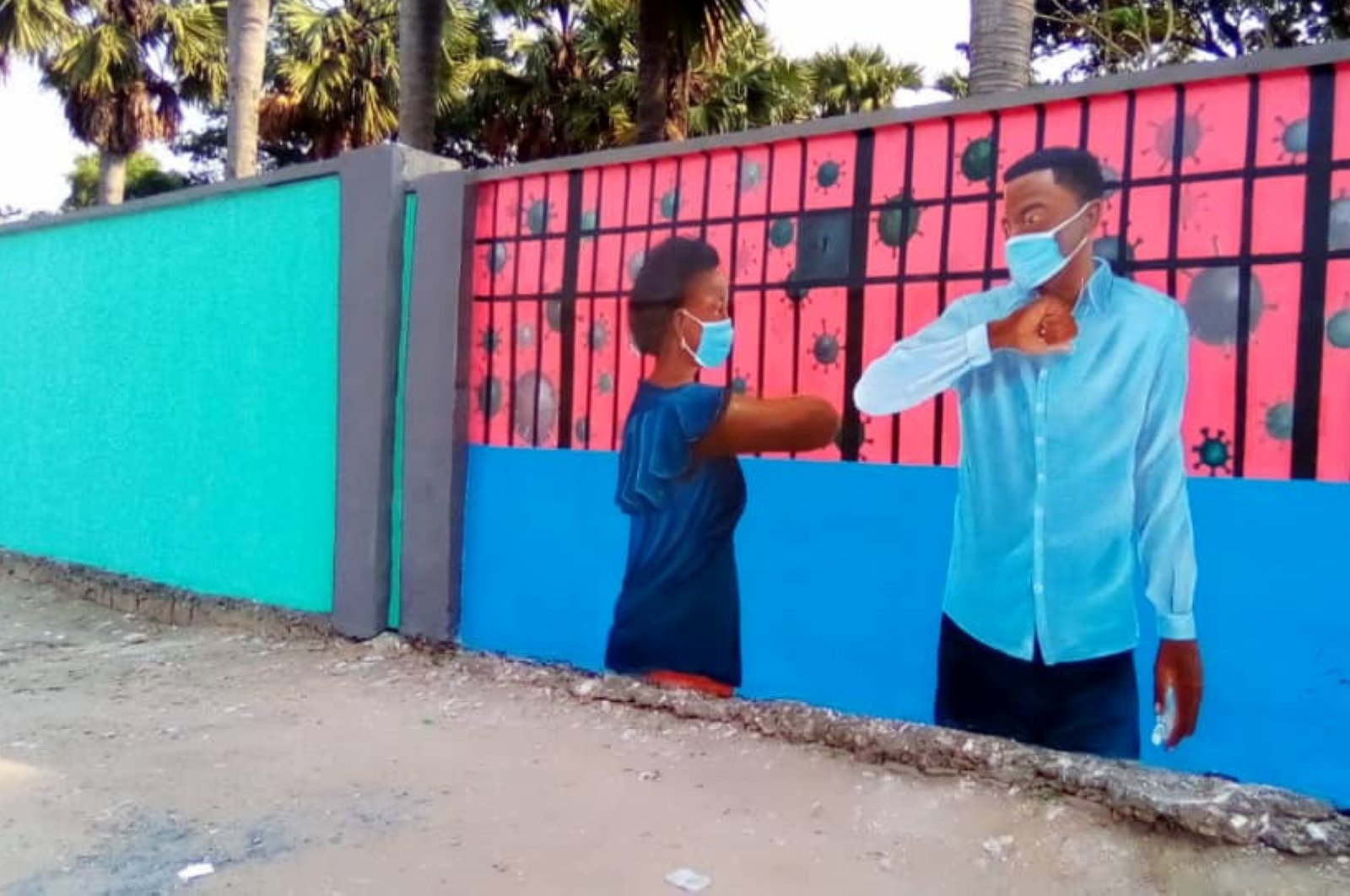 A wall mural depicts an advocacy message on greetings as a measure against coronavirus disease (COVID-19) outbreak, on the walls of the Kinshasa Academy of Fine Arts in Kinshasa, Democratic Republic of Congo, June 22, 2020. (REUTERS PHOTO)
by REUTERS Jul 01, 2020 3:17 pm
Edited By Irem Yaşar
RECOMMENDED

The number of confirmed cases in Congo has doubled in less than a month to almost 7,000, piling pressure on the poorly equipped health system. Some hospitals have started turning patients away even as many across the central African nation remain unaware or skeptical of COVID-19's dangers.

"Here in Kinshasa we have doubts about this illness," said Chabani Reco, a street hawker in Kinshasa, a city of around 12 million that accounts for the majority of registered cases.

Health workers battling to stop the virus' spread in the capital have encountered increased hostility in some communities, including kidnappings and attacks, a government committee warned in May.

After decades of perceived misrule, the political elite is seen by many as corrupt and untrustworthy.

To help counter the mistrust, a group of 10 artists has painted the wall around the capital's Academy of Fine Arts with 12 murals illustrating the need for people to take action.

Some rework religious motifs, while others are splashed with bright colors to draw people's attention. In one section, people bump elbows in greeting, in the background the virus is locked behind the bars of a jail cell.

A nkisi-nkondi, an idol whose protective spirit is said to be activated by hammering a nail into its body, is shown donning a mask.

"That is the main message, the message of protection," Tankwey said, applying the last dabs of paint.