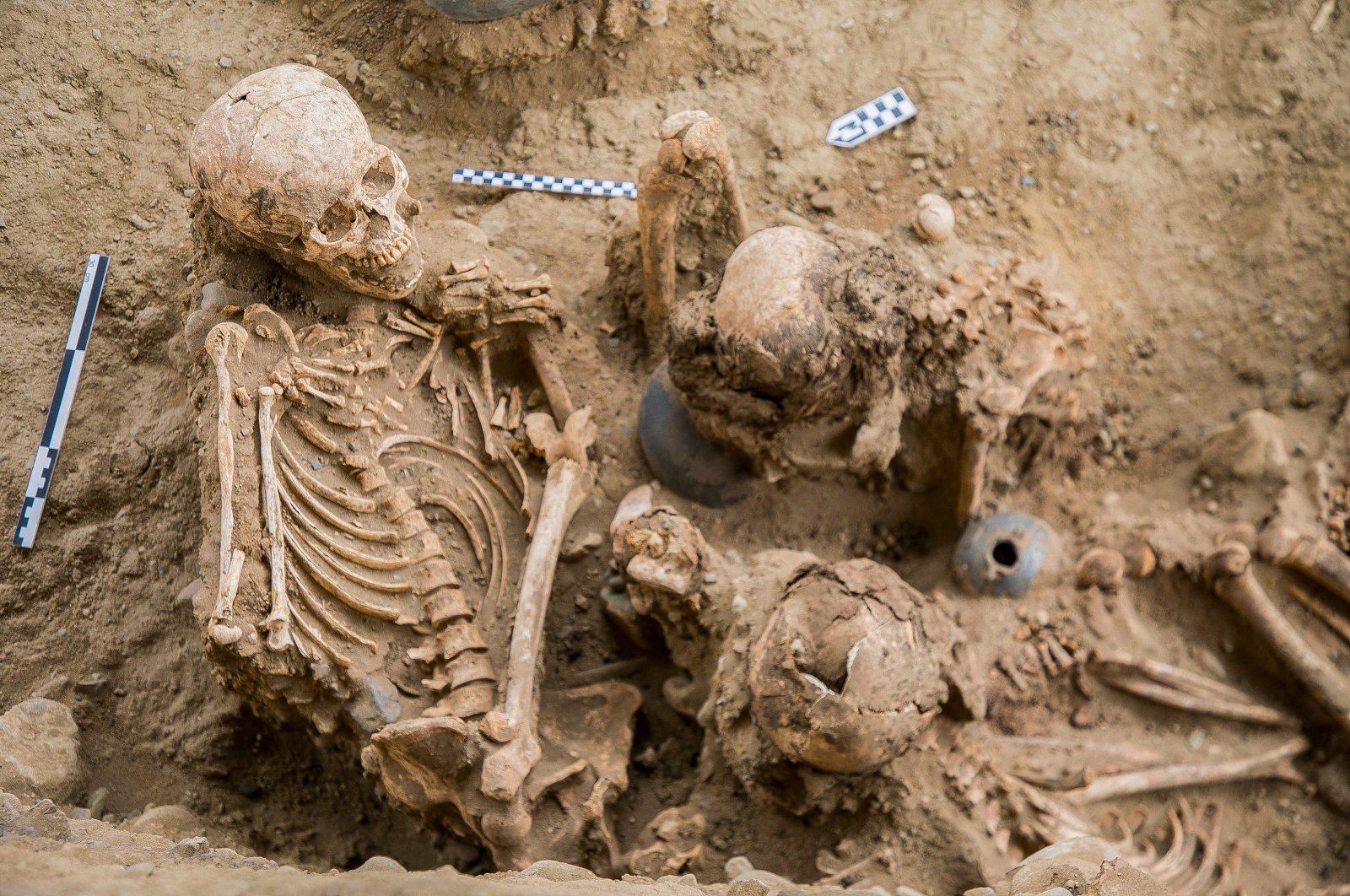 In the ongoing excavations at Chan Chan in northern Peru, a new discovery on Thursday of a mass grave comprised of the remains of pre-Columbian people excited archaeologists.

They found the remains of some 25 people, mainly women and children, as well as dozens of ceramic vessels and objects such as needles used in textile work, archaeologist Jorge Meneses told Agence France-Presse (AFP).

The tomb was discovered about three weeks ago at Chan Chan, some 500 kilometers (310 miles) north of the capital Lima.

The human remains are all but intact, said Meneses.

Chan Chan was a citadel of the Chimu culture, which flourished between the years 900 and 1450 on the north coast of Peru before falling to the Incas.

The citadel was constructed in an area of some 20 square kilometers (7.7 square miles), had ten walled palaces and some 30,000 citizens at its height.

Pre-Columbian remains and artifacts are frequently discovered in Peru. Last month, workers laying gas pipes on a street in Lima stumbled on the remains of a gravesite that included 2,000-year-old ceramic burial vessels.