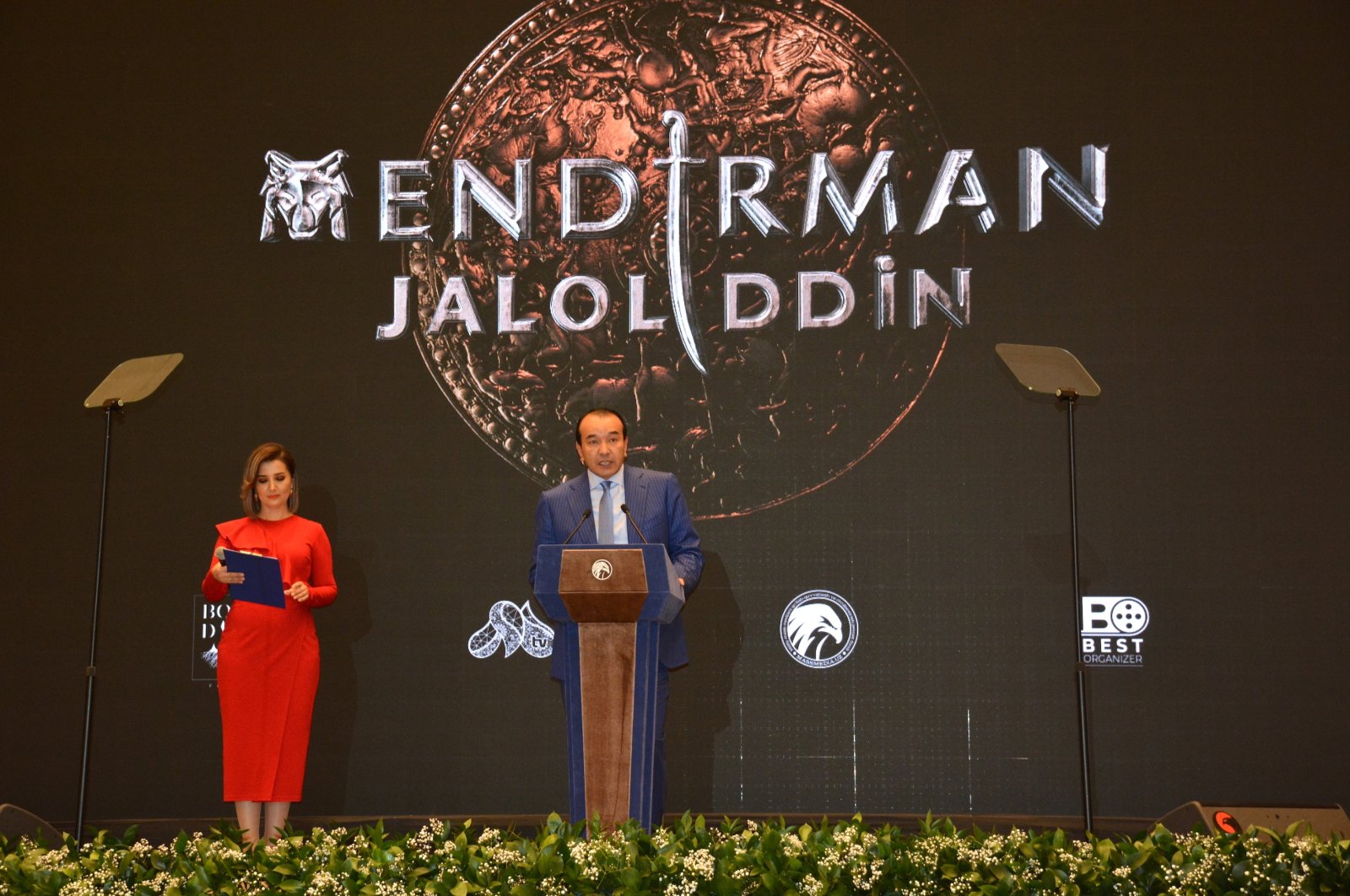 The screenwriter and producer of the Turkish famous series Resurrection Ertuğrul, Mehmet Bozdağ says his new historical TV series on Jalal al-Din Khwarazmshah will be broadcast by January in Turkey.

“It will create a great impact worldwide,” Bozdağ told Anadolu Agency (AA) in the premiere of the series in Uzbekistan.

Jalal al-Din Khwarazmshah, the ruler of the Khwarazmian Empire, initiated a tragic but united struggle against Mongol invasion. After unsuccessful attempts by the Khwarazm shahs to stop the Mongol invasion that began in the Central Asian steppes, Jalal al-Din, the last ruler of the empire, put dynastic fights between Seljuks and Khwarazmians aside, and tried to establish a united front to stop the Mongols.

Even though he successfully defeated the seemingly invincible Mongol army in 1221, he was unable to sustain the invasion and fled to Anatolia. He was defeated by Ala al-Din Kayqubad, sultan of the Anatolian Seljuks and later it is said that he was killed there by nomad Zazas.

Bozdağ said that they began the project two years ago with the request of the Uzbekistan government and have already shot 13 episodes. He added that they tried to offer a new perspective in terms of “cinema language,” noting that the series has an original concept.

“We tried to present Uzbek culture, geography and history of Transoxianan region in this series,” he said.

Bozdağ added that there is already a great demand for the Jalal al-Din Khwarazmshah series, thanks to his previous project, Resurrection Ertuğrul, which became a worldwide hit.

Resurrection Ertuğrul is a serial set in 13th century Anatolia and tells the story of Turks in the region before the establishment of the Ottoman Empire. It illustrates the struggle of Ertuğrul Ghazi, father of the empire's first leader.