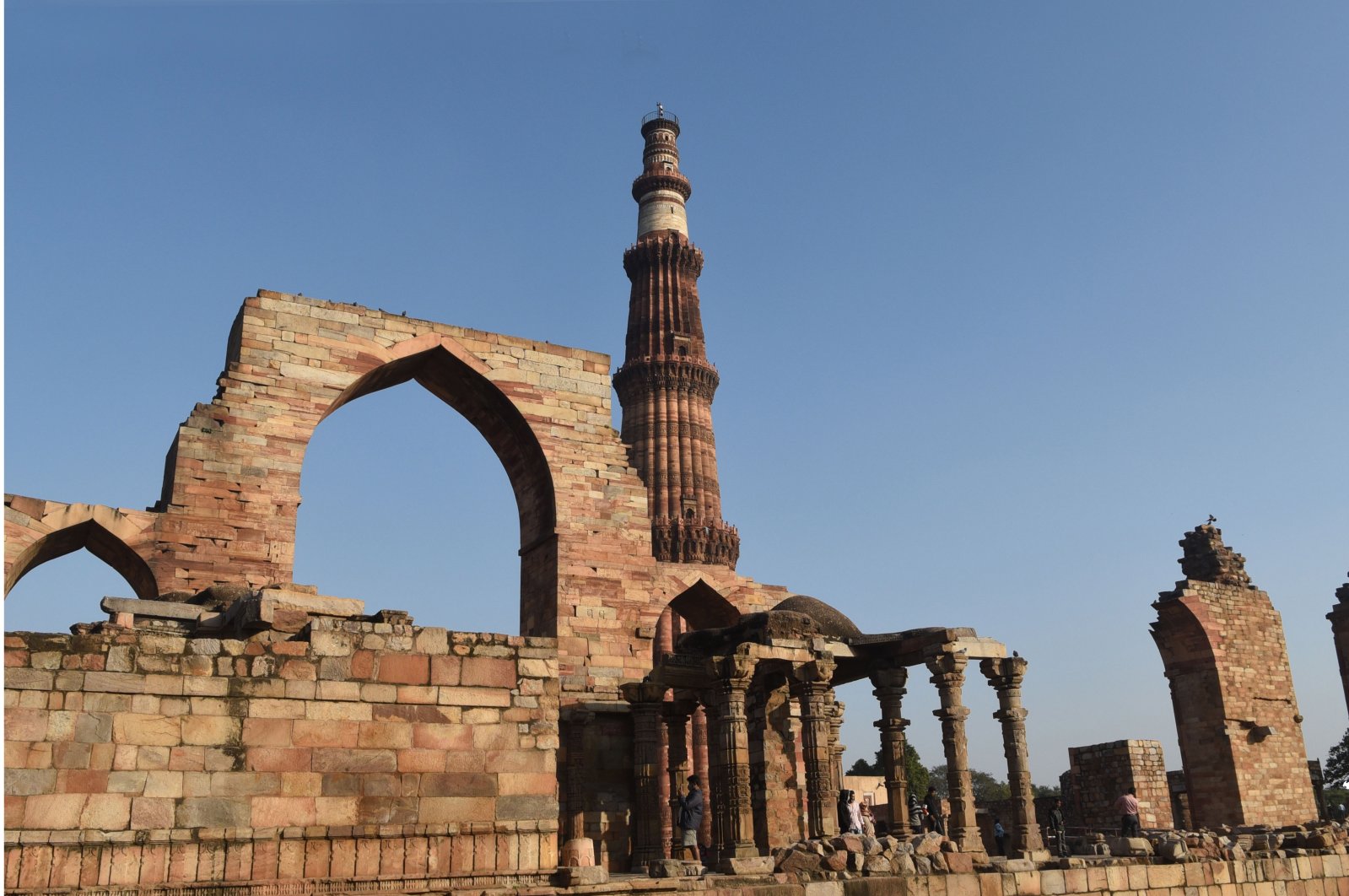 Qutb Minar, a famous minaret built in the early 13th century in the Indian capital New Delhi, has retained its unique charm over the centuries. The minaret is a part of the larger Qutb complex, a UNESCO World Heritage Site in the south of the capital. The structure is considered the crown jewel of Indo-Muslim cultural heritage on the subcontinent.

Qutb Minar stands at a height of 72.5 meters (238 feet) and was constructed as a minaret, a tower-like structure typically part of mosques and generally used for the Muslim call to prayer. The red sandstone tower is elaborately decorated with alternating angular and rounded flutings. The underside of its balconies is adorned with stalactite bracketing and the surface of the minaret is engraved with Quranic texts and geometric patterns. The five-story structure contains a spiral staircase of 379 steps. The minaret is surrounded by several other significant historical monuments.

Qutb Minar's construction started in the early 13th century as a sign of victory for the Muslims after the conquest of Delhi by General Qutb-ud-din Aibak in the name of Ghurid King Mu'izz ad-Din Muhammad Ghori. Aibak envisaged Qutb Minar's as a one-story building in 1199. Aibak's successor and son-in-law Sultan Iltutmish ordered a further three stories to be built. The tower was restored in 1369 during the reign of Firuz Shah Tughlaq, the Muslim ruler of the Tughlaq dynasty, after a lightning strike damaged the top story. During the restoration, another story was added. The minaret now features traces of different time periods after the additions over the generations.

The name of the minaret is debated. Some historians think it is named after Qutb-ud-din Aibak while others say that Iltutmish devoted the name to Khwaja Qutbuddin Bakhtiar Kaki, a 13th-century Sufi saint.

The Qutb complex also includes the Quwwat-ul-Islam Mosque and the magnificent Alai-Darwaza Gate, considered another masterpiece of Indo-Muslim art. The complex is also the resting place of several historical figures including Iltutmish and 16th-century Islamic cleric Imam Zamim. Qutb Minar was temporarily closed due to the coronavirus on March 17 this year but has been welcoming local and foreign tourists since it reopened on July 6.