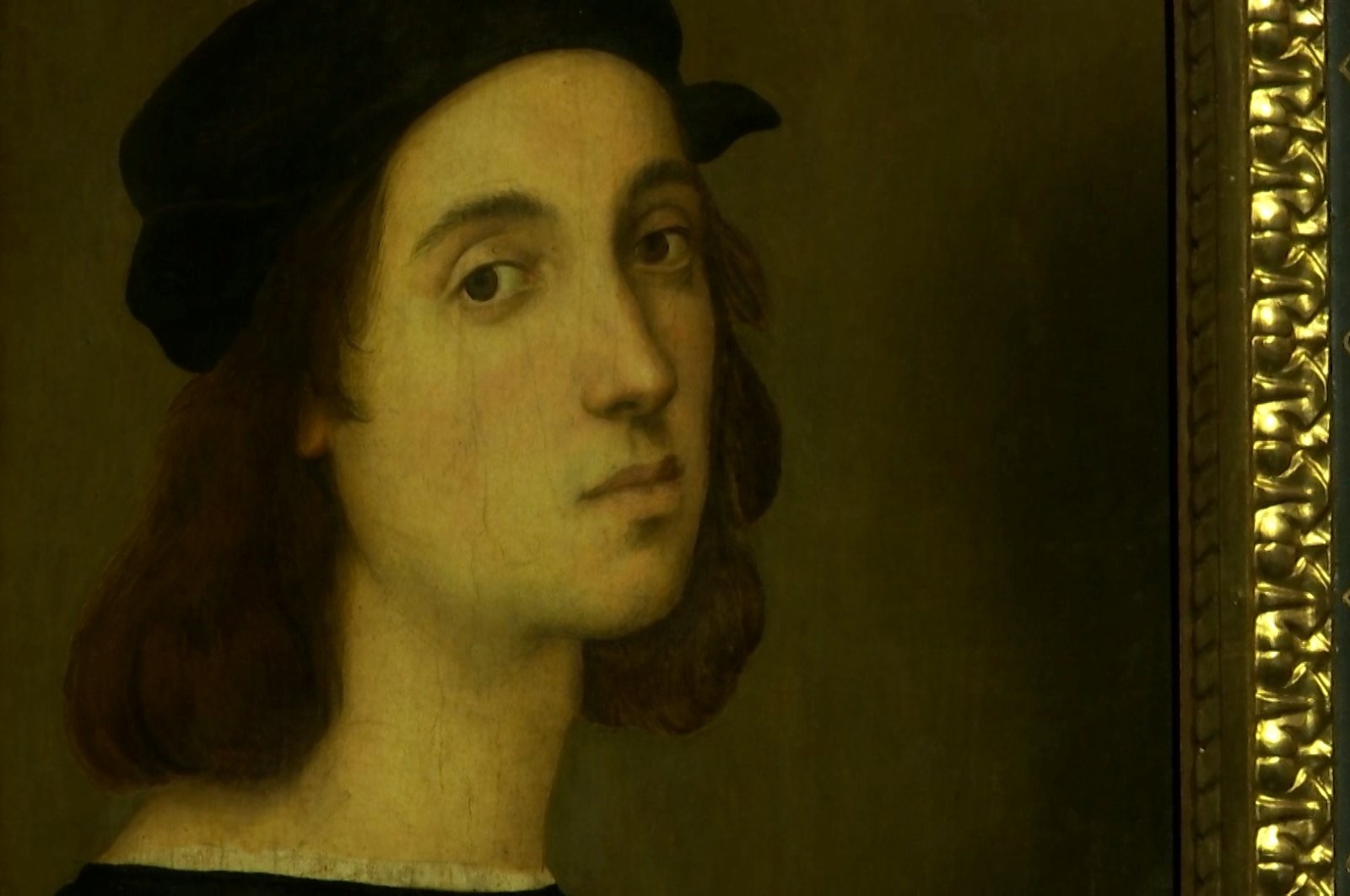 A self portrait by Renaissance master Raphael is seen during the unveiling of a blockbuster exhibition commemorating the 500th anniversary of his death, in this screengrab taken from a video, at the Scuderie del Quirinale in Rome, Italy March 4, 2020. (Reuters Photo)
by REUTERS Aug 16, 2020 10:25 am
RECOMMENDED

Raphael probably didn’t like his nose and replaced it with an idealized version in his famous self-portrait.

That is the conclusion of Rome University scientists who produced a 3D computer reconstruction of the Renaissance master’s face from a plaster cast of his presumed skull made in 1833. In that year, the remains believed to be those of the man hailed by his contemporaries as “the divine one” because he sought perfection through his work were last exhumed.

Raphael died in Rome in 1520 at age 37, probably from pneumonia, and was buried in Rome’s Pantheon.

The self-portrait, which normally hangs in Florence’s Uffizi gallery but is currently in Rome for an exhibition marking the 500th anniversary of his death, was done about 15 years earlier when he was clean-shaven. It features the more aquiline nose that Raphael also included in other works in which he painted himself. The reconstruction is of the way he may have looked closer to his death when he wore a beard.

Falconi, along with forensic anthropologists and other experts, reconstructed the face with tissue layering techniques used by crime investigators. The result was a face similar to that of the master on an engraving by Marcantonio Raimondi, one of his students.

“When we finished, I said to myself ‘I’ve seen that face before,’” Falconi, 57, told Reuters in a telephone interview.

Another similarity is with the subject of “Portrait of a Man,” painted between 1512 and 1515 by Sebastiano del Piombo, a Raphael contemporary and rival.

For centuries there has been speculation that the bones exhumed in 1833 and reburied in a re-styled crypt may not have been Raphael’s because some of his students were later buried near him. But Falconi believes the research points to an around 85% chance that the skull is Raphael’s because of similarities with most of the artist’s face as depicted by him and his contemporaries.

Not everyone was pleased with Falconi’s research. An art critic for the Rome newspaper La Repubblica said it had produced a cheap “videogame version” of Raphael. Falconi said he hoped the tomb could be opened again someday for direct tests on the skull. This could resolve several mysteries, including confirming what caused his death.