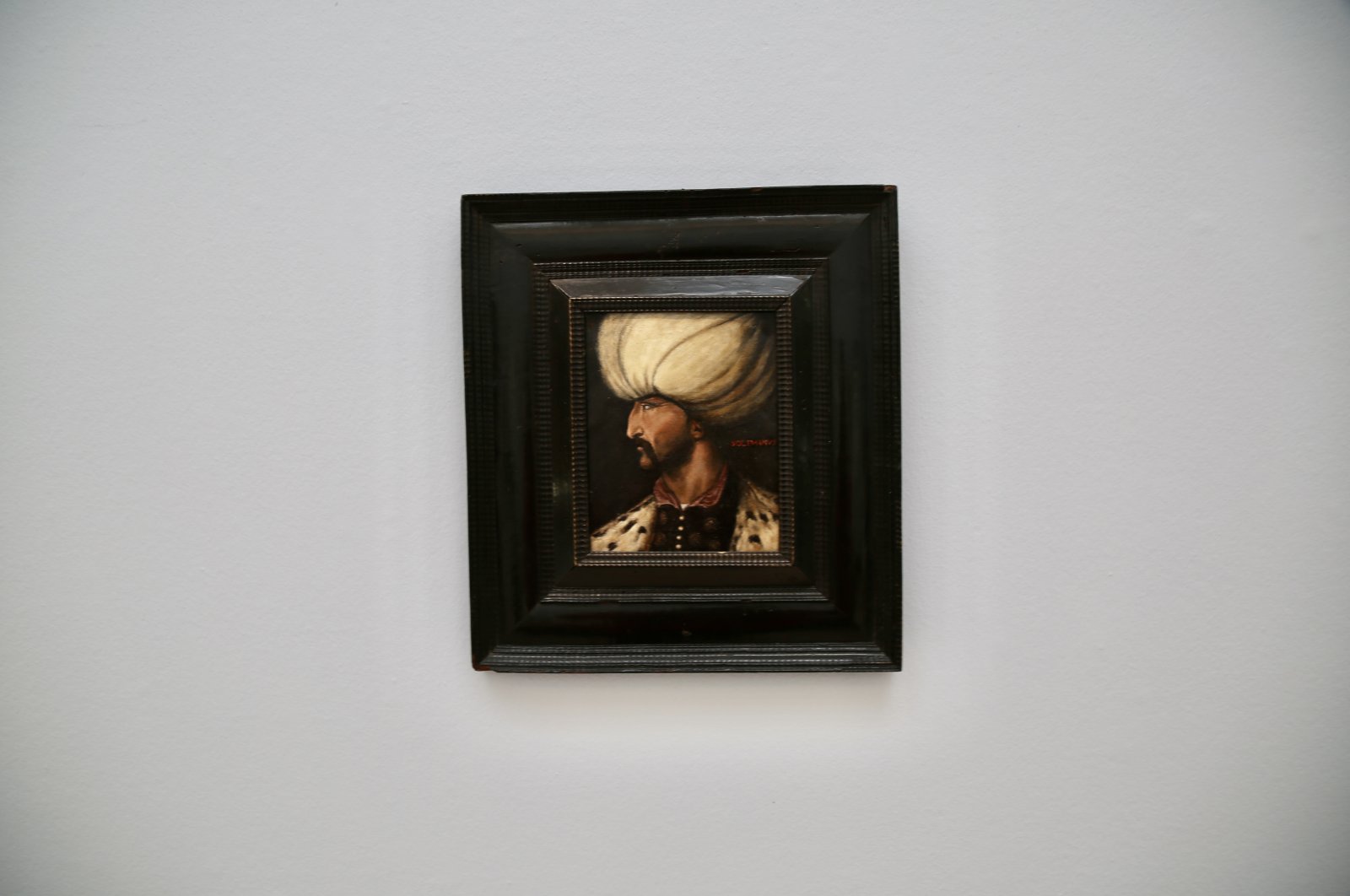 An anonymous bidder participating in the auction via phone bought the portrait – their identity has not been announced.

The auction came almost exactly two years after Sotheby's had auctioned a set of historical artworks related to the Ottoman Empire, including another portrait of Sultan Suleiman the Magnificent, considered to be the work of one of the followers of noted Italian painter Gentile Bellini.

According to the website of the auction house, they currently sold a painting depicting Süleyman the Lawgiver (1494-1566), Kanuni Suleyman, as the Turks know him – allegedly at the age of 43.

The painting is not inscribed with the sultan's age but according to Sotheby's, it bears a likeness to two other 16th century examples, both of which were copied directly from a painting owned by Paolo Giovio, a 16th-century Italian humanist and historian who owned a collection of more than 400 portraits.

One of these portraits belonging to Sultan Suleiman I, copied at some time between 1552 and 1568 for Cosimo di Giovanni de' Medici, who was an Italian banker and politician known for establishing the famed Medici family as effective rulers of Florence during the Italian Renaissance, now resides in Uffizi in Florence.

The other portrait it is associated with is a copy produced between 1578 and 1599 for the Holy Roman Emperor Archduke Ferdinand II of Austria from the House of Habsburg who was coronated in 1619 and reigned until 1637. That copy is currently on display in the Kunsthistorisches Museum in Vienna.

In the only other known painting of the sultan at the age of 43, he wears an earring. This version was installed by Paul Ardier, former treasurer to late 16th-century French ruler Henri IV, in the Galerie des Illustres that he assembled between 1617 and 1638 at the Chateau de Beauregard, near Blois, central France.

The auction of the portrait of Sultan Suleiman I was part of a larger program advertised as the "Arts of the Islamic World & India including Fine Rugs and Carpets" by Sotheby’s. The portrait was expected to fetch a price ranging between 80,000 pounds to 120,000 pounds.

At the auction, a portrait of Suleiman the Magnificent's daughter, Mihrimah Sultan, also reached a price much higher than expected and was sold for 60,000 pounds. It is stated that the portrait belonging to a French family since the 19th century was made by the Italian painter Cristofano dell'Altissimo in the 16th century.