Suleiman the Magnificent portrait to go on auction in UK 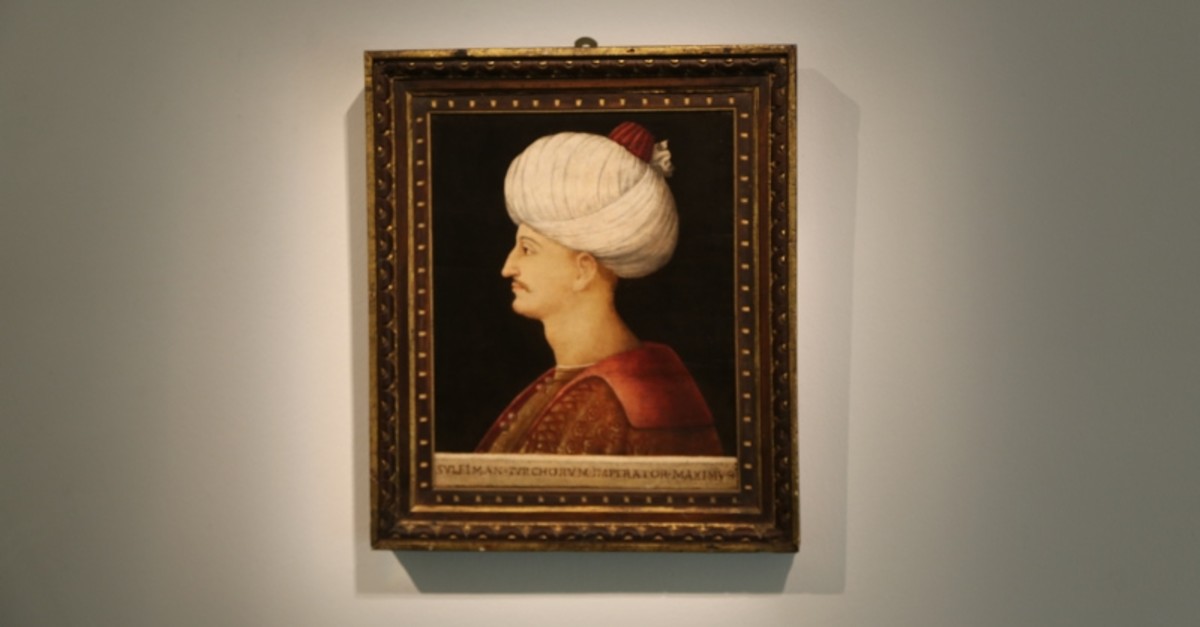 Some of the best examples of artwork from the Muslim world, including a portrait of great Ottoman Sultan Suleiman the Magnificent, will go under hammer at Britain's famous auction house Sotheby's next week.

The collection titled "Arts of the Islamic World" has 311 pieces that will find new owners in the auction to be held on May 1.

A portrait of Suleiman the Magnificent, which is thought to have been painted by one of the followers of noted Italian painter Gentile Bellini, and probably commissioned by Venetian diplomats visiting the Ottoman palace is valued at around £250,000 - £350,000 ($323,000 - $452,000).

The last time a similar dish was seen in an auction was 1986 and another example of it is in the collection of the British Museum, according to information by the Sotheby's.

The auction house's expert of Middle Eastern and Islamic arts, Alexandra Roy says the portrait of Suleiman the Magnificent and the Iznik pottery were products from around the same time, adding that Iznik pottery had its golden age during the reign of the sultan.

Speaking to Anadolu Agency, Roy said the collection to be auctioned has works from a period that stretched from the 9th century to 19th century and they belonged to collectors from Europe and the Middle East.

An Ottoman painted wood turban stand with tortoiseshell and ivory-inlaid case from the 18th century is one of the interesting pieces from the collection.

The carefully inscribed gilt lettering on the decorative stand is composed of stanzas from the Ottoman Turkish poet Mahtumi Vahidi-known as Mahtumi.

One stanza by Mahtumi written on the stand reads: "Like the turban, your place is on top of my head."

The auction will also present numerous Ottoman rifles and swords, paintings describing the coronation of Sultan Selim III and a military caravan including Sultan Murad III, and many gems and jewelry pieces.

The collection holds many other pieces of artworks from India to Morocco and from Europe to Central Asia.

The auction on May 1 will also be open to bids over the internet.