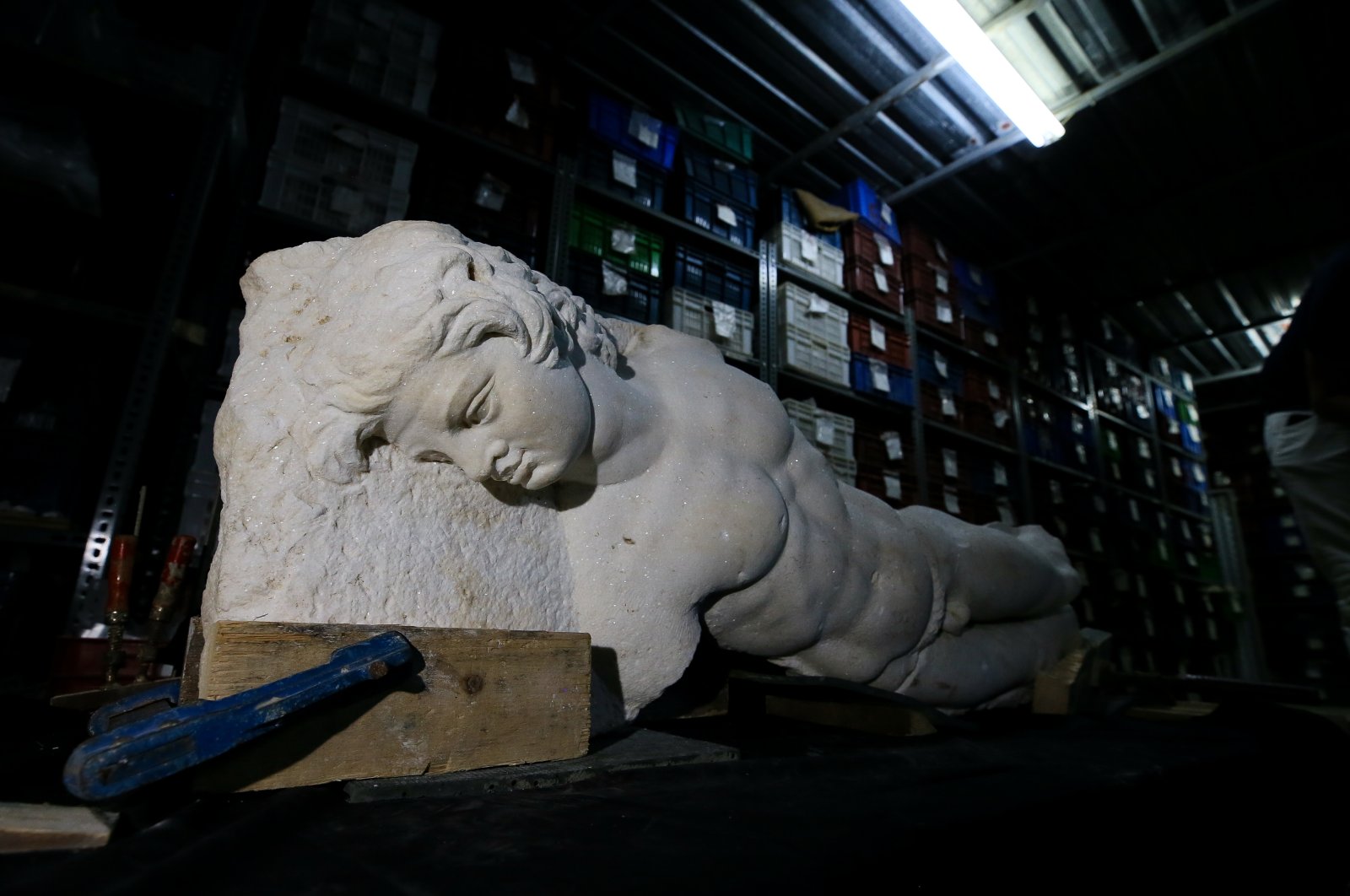 Artifacts dating back thousands of years are being unearthed in excavations carried out by Izmir Katip Çelebi University in the ancient city of Smyrna in Izmir province, situated on the Aegean coast of Turkey, with the permission of the Ministry of Culture and Tourism. The 1,800-year-old relief of a Satyr, which measures at 1.70-meters-tall (5.5 feet) and is made of marble was found in the Smyrna Theater by the excavation team and is now being restored by experts.

Associate professor Akın Ersoy, head of the excavation team and a member of the Turkish Islamic Archaeology Department of Izmir Katip Çelebi University, told Anadolu Agency (AA) that the theater area in the ancient city was used from the third century B.C. and the third century A.D.

Pointing out that they have found 11 rows of seats at the lower level in the theater and that they continue the excavations behind the stage, Ersoy noted: “We have been unearthing sculpture pieces from this place. Some of these sculptures are well preserved. The Satyr relief we have uncovered is perhaps the most important find in this sense in recent years.”

He stated that archaeologists generally come across Satyr figures at the places related to the ancient god Dionysus, known as the guardian of theaters. Satyrs are depicted in rituals about Dionysus as they are the male companions of him in mythology. According to Ersoy, Satyrs sometimes appear with one foot. While the upper part of their body is in the form of a human, they also have horns. However, they can appear in complete human form sometimes as well.

Noting that Satyrs wander in nature according to the common belief at that time, Ersoy said: “We can consider them as mythological beings that appear in Dionysiac events. Maenads are the female followers of Dionysus. We say that Satyrs and Maenads are pieces of Dionysus.”

Pointing out that ancient theaters were out of use during the early Christian period, Ersoy stated that pagan structures and god sculptures were also destroyed during the period. According to Ersoy, after the Romans embraced Christianity as their official religion, crosses were drawn on the foreheads of the god statues or they were melted in a lime kiln. “After the theaters were out of use, the surrounding sculptures and reliefs were removed and used as lime or building material. The relief of Satyr was lying on the ground, and it was broken because it was thrown and we got it in four pieces. After it was thrown, it was covered with soil, preventing it from being used as a building material. This was a great chance for us,” Ersoy added.

Ersoy said that the relief's marble may have been brought from Aphrodisias ancient city or Thassos island. After the inventory work, the relief will be displayed in the museum, Ersoy said.