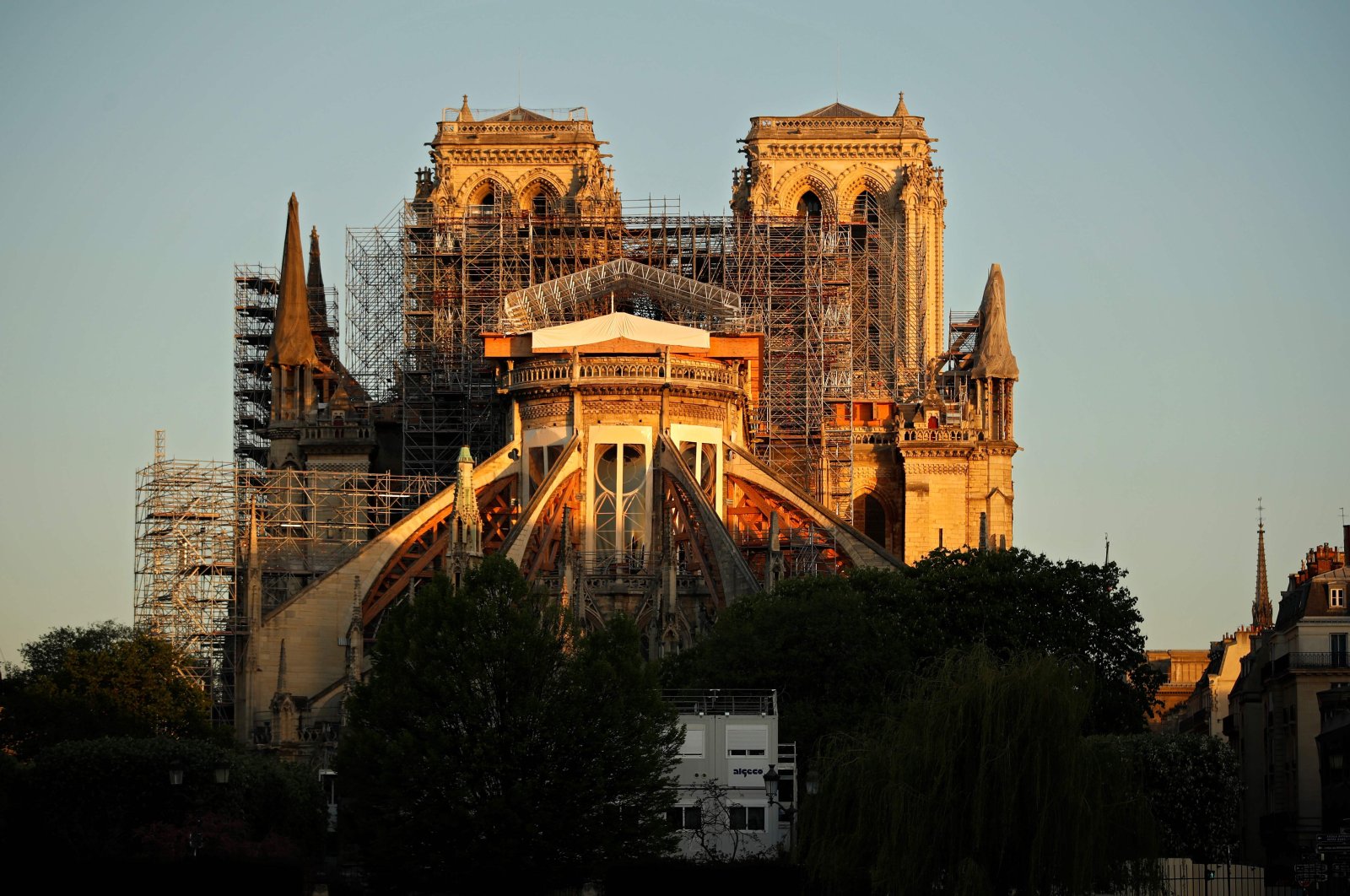 Notre Dame Cathedral is seen at sunrise on the eve of the first anniversary of the violent fire that destroyed a large part of the monument, on the 29th day of a lockdown in France to stop the spread of COVID-19, Paris, France, April 14, 2020. (AFP Photo)
by French Press Agency - AFP Apr 24, 2020 10:06 am
RECOMMENDED

Work on restoring the Notre Dame Cathedral in Paris will gradually resume Monday after the coronavirus lockdown forced a halt to efforts to repair the gothic landmark nearly destroyed by a fire one year ago, the general heading the project said Thursday.

Reconstruction was halted in mid-March as France imposed strict stay-at-home orders and business closures to halt the spread of the new coronavirus.

"I have made sure that the necessary measures and procedures to guarantee that social distancing and protective measures will be in place" for workers at the site, General Jean-Louis Georgelin said in a statement.

The 13th-century monument was the victim of a devastating blaze on April 15, 2019, that caused its roof and steeple to collapse, and despite the intense cleanup and stabilization efforts, the fragile structure remains at risk.

Before rebuilding was suspended, the 60 to 70 workers on the site had been preparing to remove more of the toxic lead particles deposited as the roof melted, which contaminated swathes of the French capital.

Once work resumes as normal in May, they will also attempt the delicate removal of a tangled web of metal scaffolding tubes that fused together in the inferno, which erupted during renovation work on the roof.

Until they do, they cannot install a more durable temporary roof to protect the church's priceless artworks from rain.

Last week, the church rang a lone bell from its southern tower to mark the anniversary of the fire, coinciding with the nightly rounds of applause from windows around the country for health workers on the frontlines of the COVID-19 crisis.

President Emmanuel Macron reiterated his goal of restoring Notre Dame to its former glory within five years, calling the effort "a symbol of the resilience of our people."