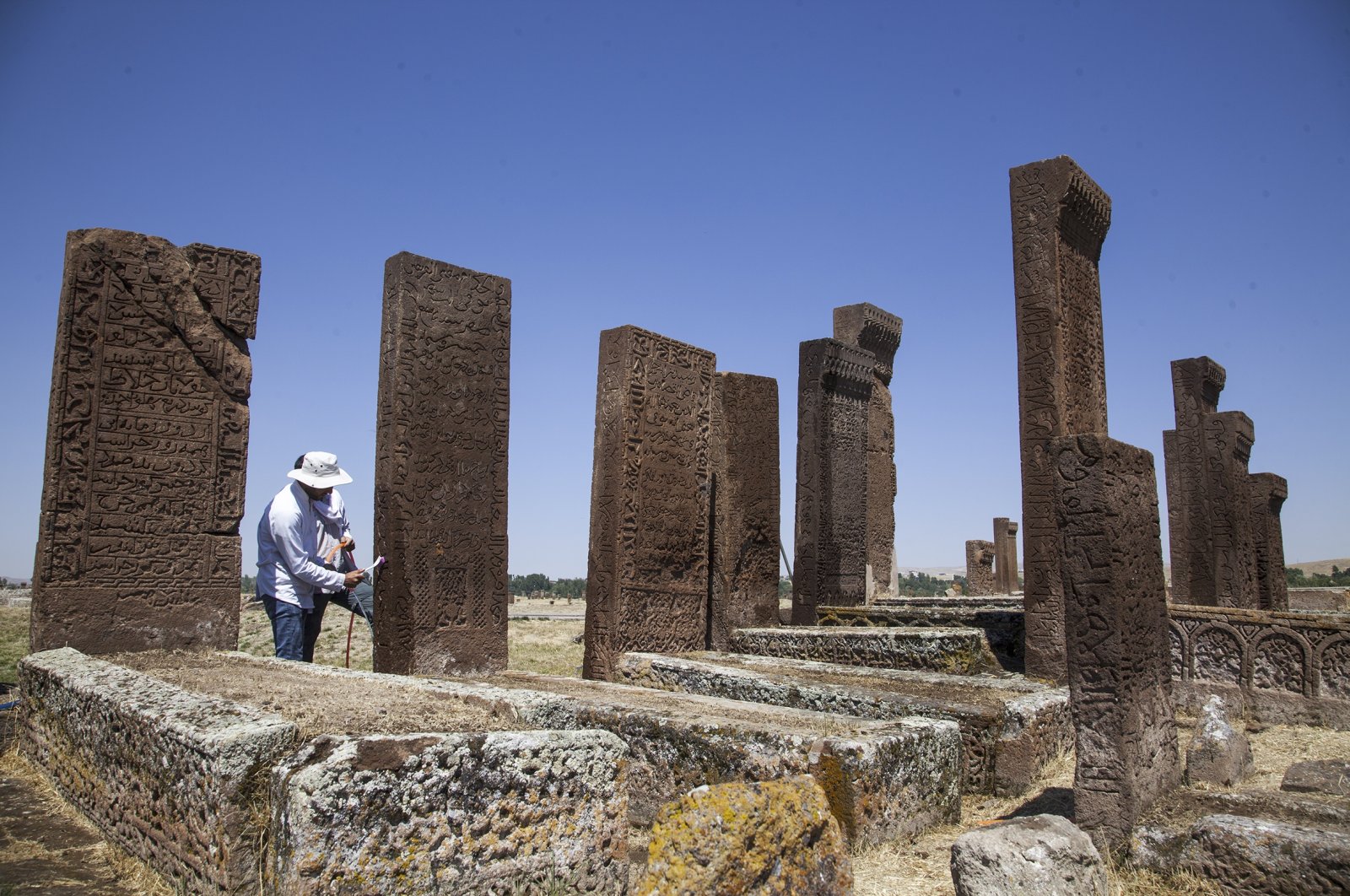 The restoration of the tombstones at the Ahlat Seljuk Meydan Cemetery in eastern Bitlis province – the world's largest Turkish-Islamic Cemetery on the UNESCO World Cultural Heritage Tentative List – is underway.

The works started in 2011 under the chairmanship of professor Recai Karahan, a faculty member of the Art History Department at Van Yüzüncü Yıl University (YYU). Currently, lichen cleaning, stone correction, the unearthing of chamber tombs called “akıt” in the region and landscaping are being carried out as part of the restoration project.

The 1,071st tombstone in the cemetery is also being restored, and the work is almost complete, Karahan said. This number refers to the year when the Seljuk Turks defeated the Byzantine Empire in the Battle of Manzikert, which was fought in the area between the district of Malazgirt in present-day Muş and Ahlat in eastern Turkey. The victory, which solidified Turkish control in eastern Anatolia and accelerated settlement and expansion further west, is commemorated on Aug. 26.

Pointing out that there are around 1,300 qualified tombstones in the cemetery, Karahan continued: “The 1,071st tombstone we are standing next to is the tomb of Zeyneddinoğlu Ebu Melik. It was built in 1182 by an architect named Hacı Miran Bin Yusuf. It is also made of red tuff stone, as with other tombstones. On the top of the tombstone are Rumi motifs, inscriptions, mihrab and Koranic verses and hadiths. When we examine the details on the tombstone, there are messages that tell us that 'Every soul will taste death’ and that death is a gate and that everyone will pass through it.”

The historical tombstones in the cemetery are unique with their designs carved out of stone and different shapes. The most interesting thing is that each tombstone varies in height.

According to studies at Ahlat Seljuk Cemetery, which is one of the most beautiful examples of Turkish-Islamic architecture, there are more than 8,000 graves, 1,500 of which are in perfect condition. It is estimated that there are still some undiscovered graves, and the number of graves will increase with the excavation work. Ahlat was a center for various civilizations throughout history with its natural beauty and strategic importance.