Restored relief of mythological satyr on display in western Turkey 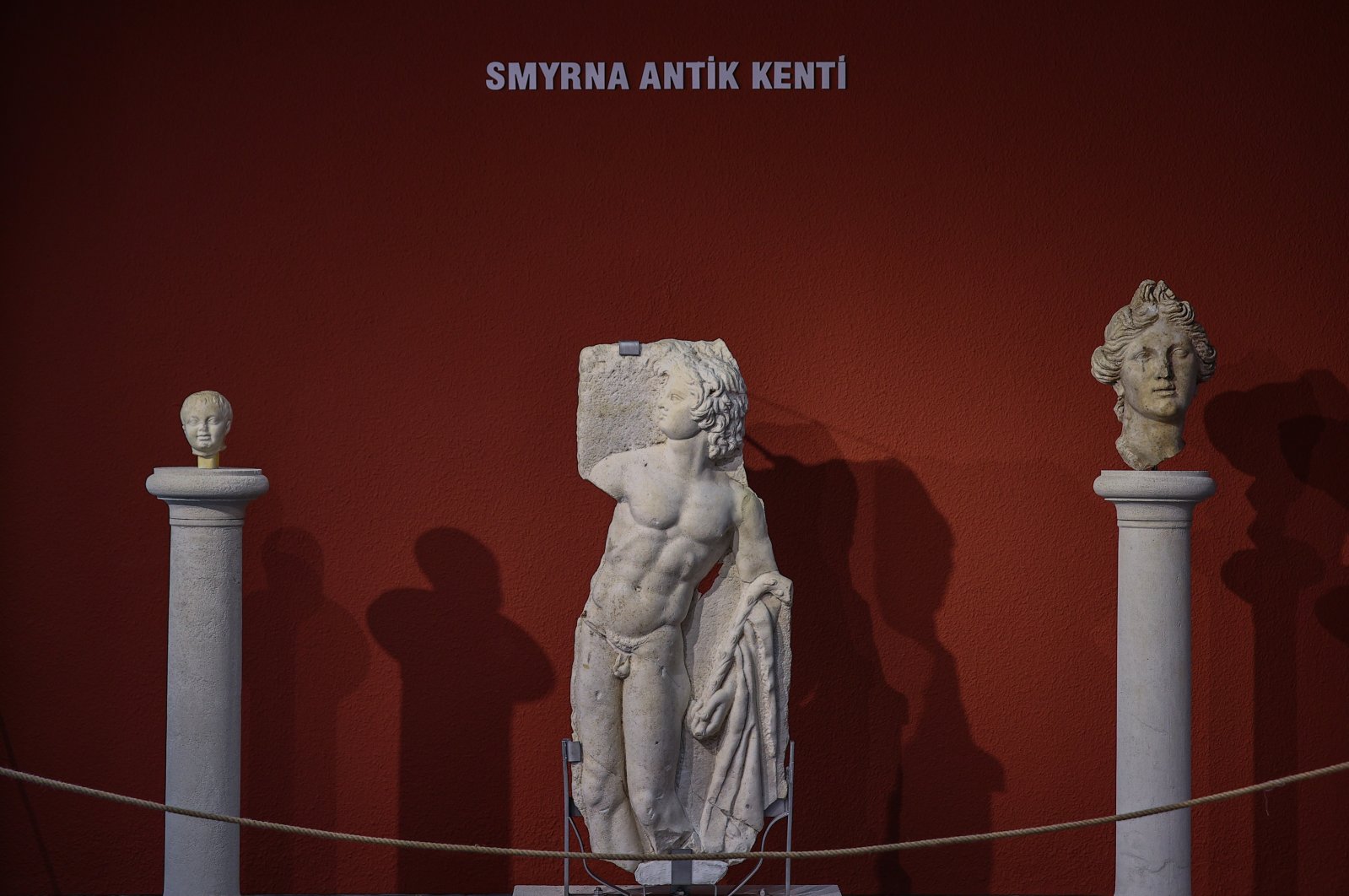 The Izmir Archaeological Museum in western Turkey is showcasing the satyr relief and statues found during the excavations of the ancient city of Smyrna for the first time. Unearthed from the ancient city’s agora and theater sections, the artifacts shed light on the history of Izmir.

Artifacts extracted in the excavations, which have been ongoing for nearly a year, are put on display for history and art enthusiasts once the restoration and conservation processes are complete. The restoration process for the satyr relief, one of the most significant archeological finds of 2020, has been completed recently.

Hünkar Keser, director of the Izmir Archeological Museum, told Anadolu Agency (AA) that the exhibition in the museum will be expanded with findings from other excavations.

Akın Ersoy, an academic at Izmir Katip Çelebi University and the head of the excavation committee of the ancient city of Smyrna, noted that three of the artifacts currently on display in the Izmir Archeological Museum date back to the Roman period.

Explaining that they believe the region was home to a sculpture school back then, Ersoy added: "We exhibit the artifacts dating back to the second century, which marks one of the brightest eras for the history of Izmir. They are presented to visitors for the first time in the 14-year-long excavations in the ancient city."

According to the information Ersoy provided, the head of a woman, which was the first statue found in Smyrna, and the satyr relief are displayed side by side in the museum. The excavation head said the satyrs are depicted in rituals about Dionysus, the Greek god associated with the protection of theaters, as they are his male companions in mythology. "We found the satyr relief during the stage excavations," Ersoy said. "The relief, which was brought from Thasos Island and was carved in Anatolian lands, is of historical importance connecting the two sides of the Aegean."