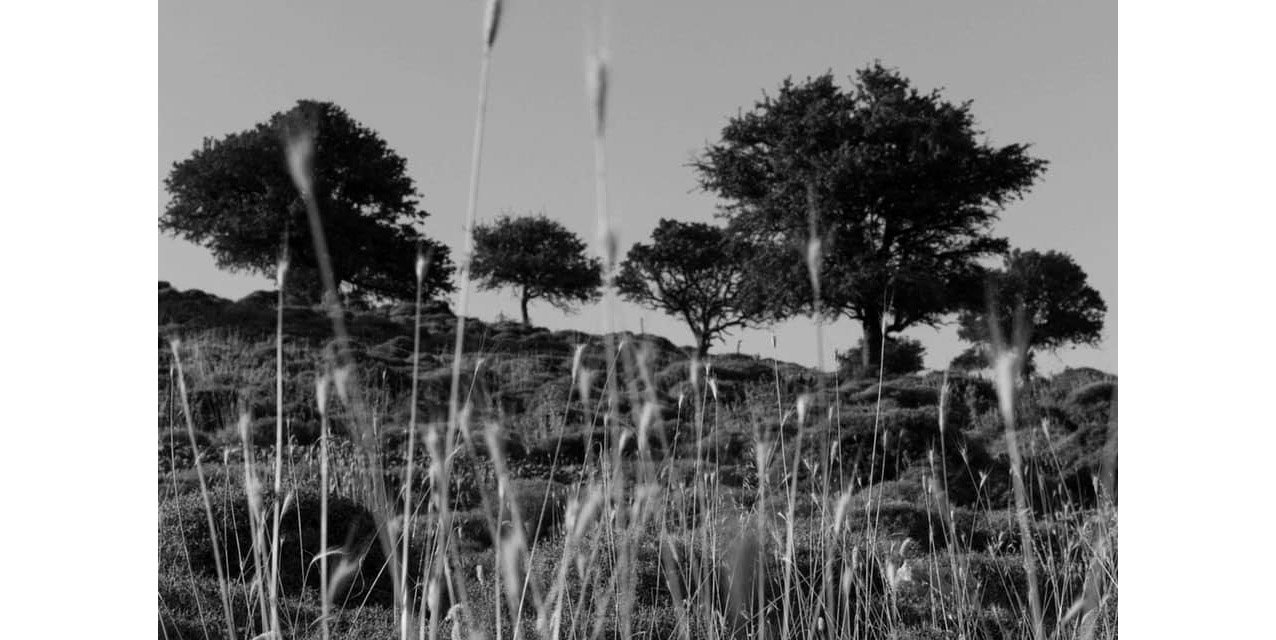 On the entry floor of Öktem Aykut, a small gallery in Istanbul’s Şişhane neighborhood, young artist Ekin Kano is exhibiting a series of paintings with a sculpture. One story up, her peer Larissa Araz exhibits multimedia installations

There is something endearing about an artist whose work appears indifferent to history and criticism. It was a stance that Mark Rothko took, for example, while promoting the redefinition of painting and its appreciation. The nonconformist iconoclast did not identify as an abstract expressionist or a craftsman of color-field canvases, yet his unmistakable signature arguably fits into their canons.

Like the sensual transcendence of interpretation that American writer Susan Sontag famously defended, Rothko idealized the immediate emotional impact that his pieces might provoke. It was only the moment of direct perception that mattered. All else was beside the point of creation, irrelevant to its original bang. Ekin Kano, born in 1990 in Istanbul, has followed through with such an intuitive, subconscious course of inquiry by means of paint.

Kano steeped herself in academic research from Turkey to the Netherlands in the departments of photography, video, visual art and communication design, focusing on topics ranging from anthropocentrism to evolution and national history. It shows up in the work through the chimeric mists of her visions. One particularly evocative painting is of a dark forest floor that opens out to an architectural vault of thin, limbless tree trunks.

The piece is one of the smaller works in her show “Damp Earth.” Its painting style is impressive in its simplicity, reflecting something of the experience of its inspiration as the creative act or the art, more than its manifestation as a decorative picture hanging on the wall of the rough, concrete, white cube gallery. What begins with an opaque, lightless ground opens to the ethereal faintness of arboreal shapes dissolving into a distant, outward interiority.

In the spring of 2018, multidisciplinary artist Tufan Baltalar showed a series of similarly-sized paintings at the Pilot Gallery in Cihangir neighborhood. The show, “Surrounded By,” also had an ecological motif and, like Kano's, was imbued with an emotionality under the surface of its figurative relay. Each of Baltalar’s 30 paintings of varying, fictive, unpeopled island landscapes expressed human emotional states through subliminal, interpretive gestures.

At more of a remove, Kano teased out the feeling of shapes foregrounded ahead of mute, subdued colors. The effect is that of fog or blur, pointing to that which is unseen using visibility as a metaphor. In days of government-imposed isolation and its triggering of worldwide deadlock, urban flight and existential dread, there has never been a more apt response than to return to the heart of nature, where materiality is aerated of its realism.

On the second floor of Öktem Aykut, a boutique gallery in Şişhane not far from Istanbul’s core art institutions of Istanbul Modern, Pera Museum and SALT in the Beyoğlu district, another female artist born in 1990, Larissa Araz, presents a solo show, also touching on an earthly theme, with a more worldly, personal face, however. That is not to say that they are comparable by some measure of quality, as each show is curated with a naive, raw singularity all its own.

A full portrait of Gökçeada is posted on the cold, unfinished stone wall. Through its atmospheric mist and geometric framing, it bears an uncanny resemblance to certain works by Kano, whose sculptural forms merge the mineral and the vegetal in ways related to that crafted by Bora Başkan for his show at Öktem Aykut, shown prior to Kano and Araz. Where the Marmara flows into the Aegean, Gökçeada surfaces out of its inhabitants.

A cloud cluster of black-and-white photographs hangs on an adjacent wall. They form the shape of the island, as seen on the horizon. Its sloping hills peak at a silvery silhouette of the land’s heights, merging with the tranquil surface of the sea’s water, still but for soft ripples that, like natural time, seem to have no beginning and no end. Other aspects of the landscape are lit by hazy effulgences of light dappling a goat, an abandoned stone house and an empty field.

As part of her show “Words Don’t Come Easy,” Araz photographed touching portraits of two sisters living on the island. One young woman’s face is darkened, almost black around the eyes but for a faint opening in the windows of her old soul. She is long-haired, breathing with a wildness that complements the remote vision of bucolic life. Another figure often stands at a distance. She is on a sandy path, looking out into the unknown under a sheer, pale sky.

There are a series of paintings in “Damp Earth” that exercise subtle modes of perception as concern the essence of materiality in nature. Its shapeshifting, transformative qualities are given special depth in her more abstract pictures. There is an accompanying sculptural piece that grounds their strange, eccentric lure. Like stones in shells and mycological anemones, Kano has conveyed a mythopoetic order of being.

The inventive potential of evolutionary momentum also inspired the likeminded artist C.M. Kösemen, whose show “Sanctuary” in the winter of early 2018 was based on close, passionate entomological observations. Yet Kano has an oblique, less representational mind than that ruled by fictional authorship. Her creativity dreams in skies, seas and lands, toward intimacy with the loss and nostalgia of creation, similarly captured by the photographs of Araz.