An archaeologist of the contemporary: Cevdet Erek and his 'Bergama Stereotip' 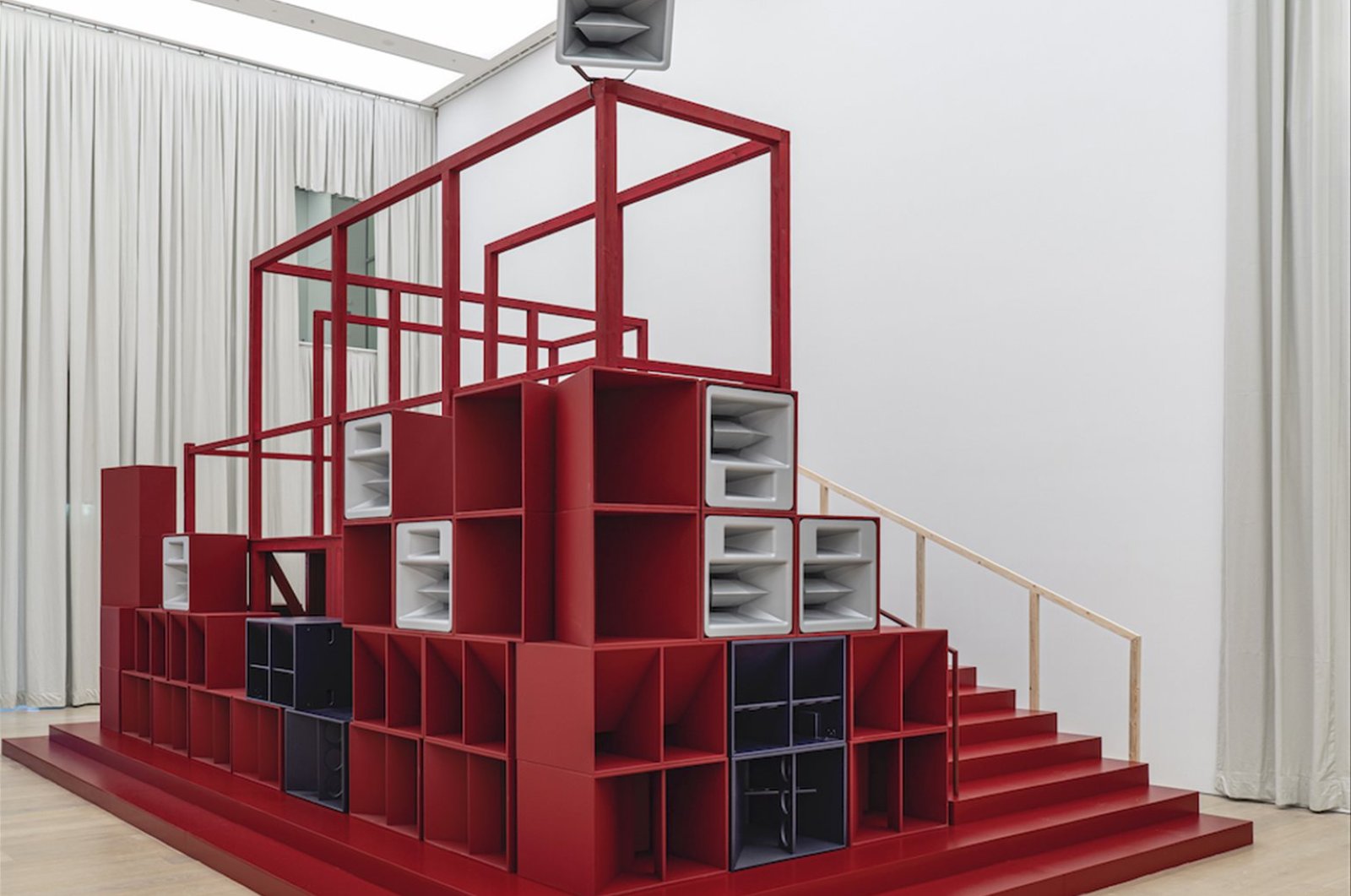 Istanbul’s Arter museum is hosting the solo exhibition of Cevdet Erek, ‘Bergama Stereotip,’ revolving around his sculptural sound installation that adapts the Great Altar of Pergamon until Aug. 9

In 2001, the museum art photographer Thomas Struth captured a geometrically precise frame in which the Great Altar of Pergamon stands tall and bold in the island core of Berlin, where it has been exalted since the late 19th-century when German imperialists snatched it from Ottoman lands. It is not only a holy pagan relic but a monumental masterpiece of classical Grecian architecture.

A close look reveals how most people in Struth’s photograph are not actually looking at the colonnades, built in a triad of elegant rows above a platform of gleaming white marble stairways, nor the gigantomachy reliefs, detailing one of the most precious and dramatic scenes ever carved from stone. Individuals within the dispersed crowd are generally looking up and away out of the picture, or at each other.

Struth depicted the tension subtly by showing how fickle popular attention is, as so many sit on the steps with their backs to the magnum opus of human creativity. It is with a similar attitude that Istanbul’s art-goers approach “Bergama Stereotip” by Cevdet Erek, whose work is a remount from its recent appearance at Hamburger Bahnhof. With its reinstallation in the heart of Turkey’s contemporary art landscape in Beyoğlu, his piece has taken on a new life.

Altered from its sleek, metallic aesthetic of industrial blacks and steely silvers, which were appropriate for the Hamburger Bahnhof interior, a former rail station, “Bergama Stereotip” is strikingly in contrast with its deep cochineal ochre. This reflects the traditional color of Istanbul’s old residential architecture, now often seen with modern touches in the sloping, verdant neighborhoods along the Bosporus.

Also more transparent than its past Berlin incarnation, “Bergama Stereotip” entrances through its cage-like bowels, pulsing in time with the diaspora currents of its 13-channel soundscape of amplifiers and loudspeakers. The installation projects original percussion music by Erek, computer programmed through an audio interface that flickers in the vermillion edifice, slicing up excerpts and effects form his solo album, “Davul” (2017).

The repetition, its minimalist edge, against the expansive interpretation the ancient monument makes for a bewildering dynamic. It has the dead weight of an abstract art object set to a confounding scale. While less grand than in Berlin, the rectangular formalism of its installation Istanbul is at once Delphic while defined by rudimentary architectural lines that ease comprehension, perhaps too much.

That viewers may ascend its steps and grasp at the blazing, crimson rafters, take in the tasteful charge of cymbals paced to a slow, steady rhythm, as a bass drum keeps time, evoking both an ear for Anatolian folk music, and Berlin’s sleepless electronica. Yet the music, like the empty and resounding squares of the sculptural construction, is either too rigid or unbalanced in its attempt to incorporate simplicity in a mutual relationship with the prodigious.

Toward a sonic return

Together with curator Selen Ansen, Cevdet Erek has completed a cyclical course of reason, incited by his approach to music, fusing the Anatolian bass drum, known as the davul, with guttural, animalistic voices that faintly caress the aural field around "Bergama Stereotip." And in Arter’s first-floor gallery, the acoustic reverberation is immersive, yet moves with a faint touch, as to recall the distance of the Pergamon altar from its original, Hellenized ecology on a lofty acropolis near İzmir.

“As it was already the case in Bochum and Berlin with Bergama Stereo, Erek conceived the dimensions, outline and body of his work according to the proportions and perspectives of space – with the wish to give the audience the possibility of adjusting their distance from it,” reads Arter’s curatorial statement for "Bergama Stereotip." “With the help of the mobile and transient aspects of sound, it offers the possibility of experiencing the proximity of distance.”

In its defense, the symbolic return of the Pergamon altar to Turkey is momentous since its fragmentary departure from the antique soil of Asia Minor began in 1879. It was reinforced by a German-Ottoman agreement spearheaded by Otto von Bismarck, the first chancellor of unified, imperial Germany, for 20,000 gold marks and a nod at the Congress of Berlin. In the guise of contemporary art, the muses of its inception resurface in the sounds of its native land.