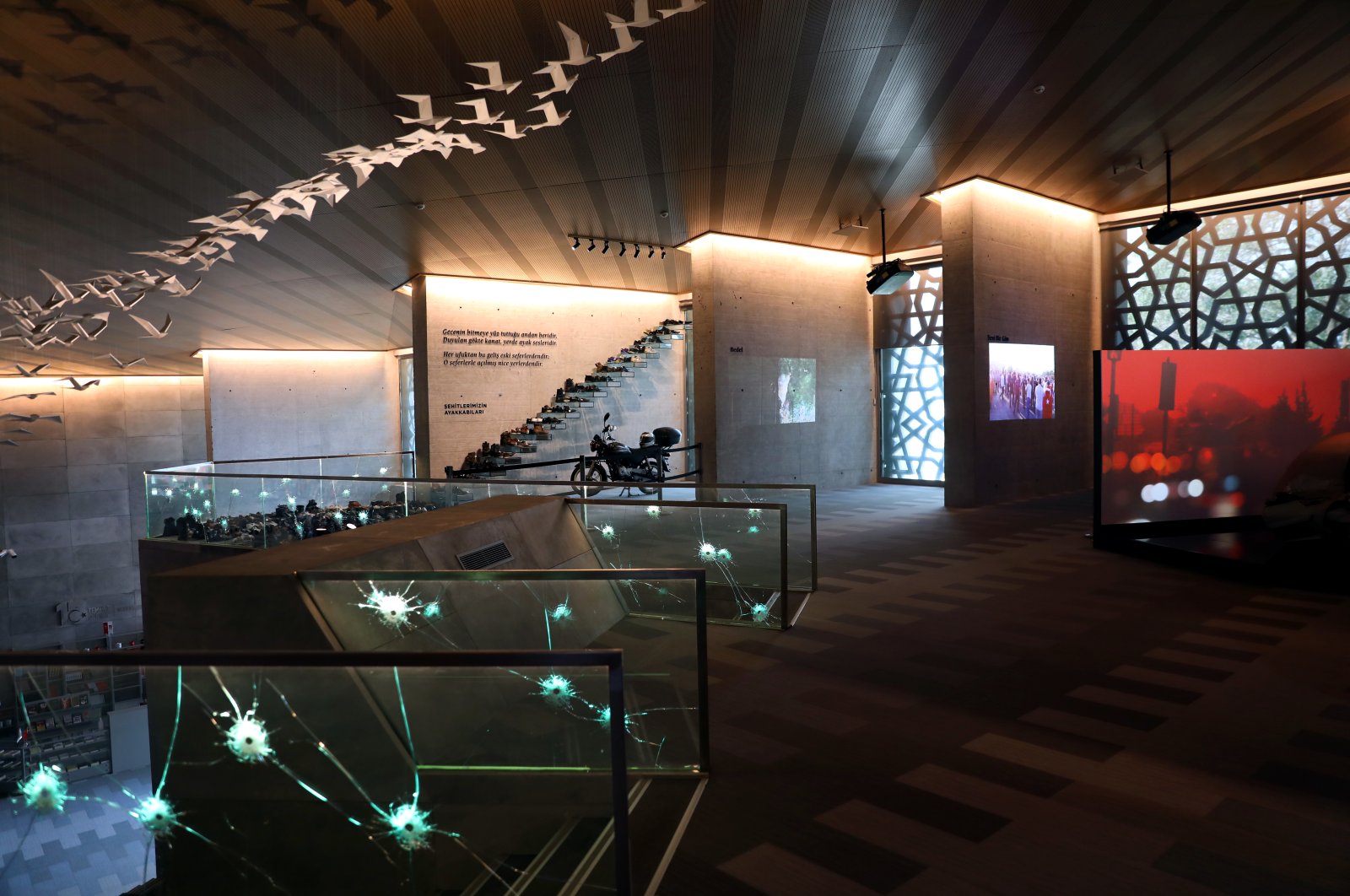 Inaugurated last year by President Recep Tayyip Erdoğan, the July 15 Museum of Memory is helping to arouse the national consciousness by commemorating the defeated coup attempt, shedding light on the period of coups in Turkey since brought to an end

History museums are often founded to offer perspective and to arouse a certain national consciousness in visitors. Devoted to the history of a specific land or city, they thematically present objects of significance as a means to teach about the past. As someone with an unyielding to desire to constantly gain greater and greater insight into historical events, these museums were always of interest to me.

It is for this reason that I rushed to the Museum of Crimes Against Humanity and Genocide as soon as I arrived at Sarajevo a few years ago. Every aspect of the museum seemed to whisper the word "genocide" in its depiction of the war that engulfed Bosnian in the 1990s. During my visit, I remember wishing that history museums could only reflect certain disciplines, such as archaeology or ethnography, instead of a barrage of cruel and abominable events. However, the truth is that plight has, and will continue to occur, throughout the unfolding of world history. Likewise, the July 15 coup attempt by the Gülenist Terror Group (FETÖ) in 2016 was a black day in which scores were killed defending the country's democratic institutions.

The Turkish public is familiar with military coups, as they have faced them many times in the history of the republic. However, this latest coup attempt differed as it was not brought on my all officials in the Turkish Armed Forces (TSK). Rather more, it was orchestrated by a specific group now known as FETÖ, which had infiltrated numerous state institutions. On the night of July 15, Turkish people gained a victory over this group by taking the streets in response to President Recep Tayyip Erdoğan’s call for resistance.

Turkey, as in the case of Bosnia and Herzegovina, inaugurated a history museum to commemorate those who were killed defending the country's democracy against putschists last year on the third anniversary of the event. Honoring the sacrifices paid to uphold democracy in Turkey, the July 15 Museum of Memory was opened by President Erdoğan in the heart of Istanbul, right next to the July 15 Martyrs Bridge, renamed after the civilians who lost their lives on it.

The museum continues to serve as a reminder of the coup attempt carried out by the Gülenists four years ago this week and reveals the full brutality of the plotters. The visit was not easy to stomach, to say the least. The wall at the ground entrance of the museum, which presides over 1,500 meters of exhibit space spread over two floors, carries the inscription “Never Forget" with all the names of the 15 July victims. While going over the names sorrowfully, I recognized white doves hanging from the ceiling to represent the peace in which they now lay. Videos and documentaries on July 15 are presented below the doves on a giant screen.

On the ground floor, various items belonging to the coup plotters, veterans and martyrs are also on display. Among these items are the cap and dagger of Ömer Halisdemir, a non-commissioned officer who became a symbol of resistance by changing the course of the coup and shooting putschist Br. Gen. Semih Terzi, as well as the mobile phone belonging to journalist Hande Fırat. It was via a call on this phone, labeled by many as the “the phone of freedom,” that President Erdoğan was able to join a broadcast live on air and call on the nation to stand against the putschists. Meanwhile, one is also privy to items such as Bilal Özyıldırım’s bullet-riddled motorcycle helmet and a key belonging to fellow protestor Abdullah Çay, which is bent from bullet fire. One can also find the wallet and photo of martyr Necmi Bahadır’s, as well as the shattered remains of a phone belonging to survivor İdris Akdoğan.

Photographs and biographies of the martyrs, as well as information on the history of coups and colonialism, can be accessed via the touch screens in the museum. 3D videos of July 15 can be watched at the Heed of Martyrdom Hall.

The Heed of Martyrdom Hall also presents the history of colonialism and coups in various parts of the world alongside 3D videos of the July 15 coup. In this section, the museum reveals that 531 coups have been carried out worldwide between 1950 and 2016, 210 of which achieved their purpose, while nine coups – or at least attempts – were carried out in Turkey between 1960 and 2016 alone.

On the second floor, visitors are beckoned on by the message “What You Will See is your Own Story." An automobile run over by tanks used by putschists, a damaged motorbike and the ammunition used in the attempted coup is on display, as well as – heartbreakingly – the shoes of those who lost their lives.

The July 15 Museum of Memory explains that all the coups result in economic crises, political instability, social chaos, external dependence and alienation from national policies desired by the people.

The museum piques great interest, as it keeps the national memory alive to be passed onto future generations. Tarık Şebik, the head of the July 15 Association, told Anadolu Agency that the museum had achieved its goal of drawing 500,000 visitors in its first year, despite the onset of the coronavirus pandemic. According to Şebik, the museum will offer educational materials in five different languages by next year, with a website in English, German, Spanish, Russian and Arabic.

Thanks to the site, people will be able to benefit from the museum without arriving in person. Furthermore, visitors from abroad can wear headphones and listen to the information in their own language. "Next year, we will have guides in the museum for those who speak English and Arabic,” he added.