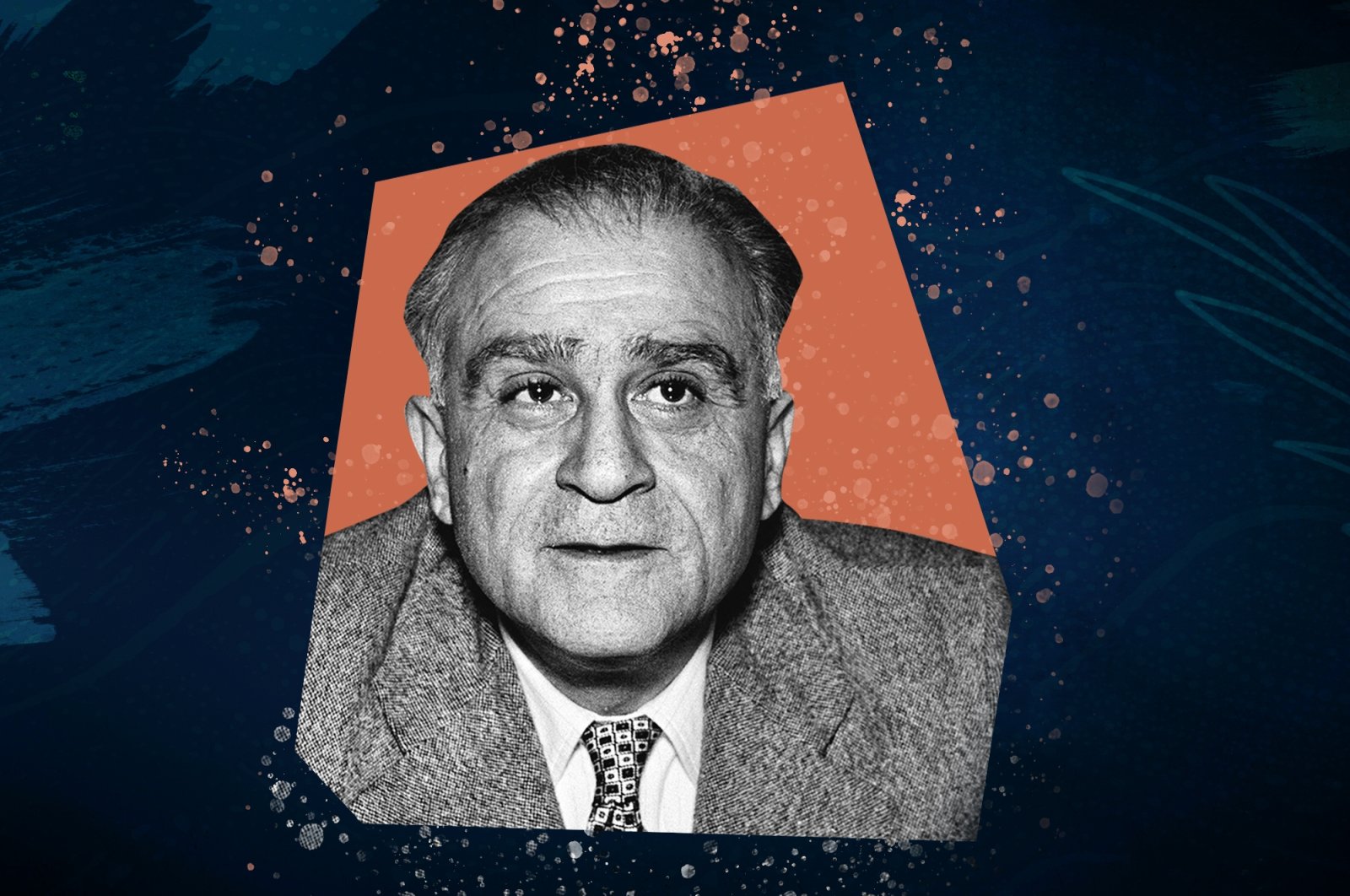 It is a fact quite widely known that Ottoman intelligentsia who lived at the turn of the 20th century were equally familiar with Latin and Ottoman scripts. When the alphabet revolution took place, many of them tried their best to follow the change and typed their manuscripts in the Latin alphabet. However, whenever it came to editing and writing in the margins, they often reverted to the Ottoman. Such a document can also be seen in the Ahmet Hamdi Tanpınar exhibition held at the Tarık Zafer Tunaya Center this summer. We know these manuscripts exist, yet it is always fascinating to see one in the flesh. It is doubly so when it is a manuscript by an author whose novels are famous for fleshing out the country's transition from Ottoman to Turkish culture.

The modest Ahmet Hamdi Tanpınar exhibition at the Tarık Zafer Tunaya Center focuses primarily on the author’s reading and writing materials. The largest room is dedicated to the compilation of the covers of autographed books owned by the author. It is as multicultural a collection as you would expect, the non-Turkish books being all in French.

Modern Turkish literature’s beginnings are inextricably linked to translations of French literature; a connection Tanpınar has explored in detail since the earliest days of his writing career. His love and fascination for French literature was such that his lectures on Turkish literature read like studies in comparative literature. As he tries to explain a point, the author is always ready with comparisons of styles and themes. In the collection we have at the exhibition, there are books on Stephane Mallarme, Arthur Rimbaud, Paul Verlaine, Pierre Loti and Gerard de Nerval. These latter names reveal his interest in the way European writers depicted the East – he liberally used “East” and “West” as categories – particularly Istanbul. A palimpsest of Istanbul writing can be seen in Abdulhak Şinasi Hisar’s dedication to Tanpınar in his book “Istanbul and Pierre Loti,” which says that Hisar, himself a writer who wrote on Istanbul, hopes "to bridge our differences with Loti."

Tanpınar’s library a panorama of the time

The republican period of creating a “pure” Turkish identity meant delving into folk cultures from different geographies. Tanpınar’s library contains “American Cultural History: The Old Civilization of the New World.” The name of the author, Bedir Tahir Şaman (yes, the surname means shaman), reveals something about the cultural mores of the time – the author clearly has taken on a "Turkic" surname after the 1934 law that decreed Turkish citizens take on surnames. One wonders if the book has one of these theories that connect Native Americans to Turkic peoples through their shamanic rituals.

Intellectuals of the Turkish republic have always emphasized the connection between Turkish and other Anatolian cultures. One such major example is how they portrayed the growth of Turkish culture in Anatolia as not against but with the Greek-speaking people in the peninsula. One of these attempts makes an appearance here, with the title “Polyphemus and Tepegöz.” Instead of the cyclops character of the famous Ancient Greek myth of Polyphemus, the writer has substituted the “Tepegöz” character of "The Book of Dede Korkut," a cornerstone of Turkish mythology.

Googling some of the names in the library, we meet the French scriptwriter Franz Toussaint who, in 1922, made a film called “Inshallah” depicting one of those “abduction from the harem” stories, a common theme of the time. The collection also contains books and translations by Azra Erhat, Turkey’s pioneering Classicist. Finally, I find the Istanbulite writer Gentille Arditty Puller, one of the few female writers in the collection, who has written "Plaisir d’Istanbul" and signed the book in French for Tanpınar.

When the enchantment of his library archive has worn off, you can start reading the exposition on the wall, including Tanpınar’s biography and some poorly reprinted photographs. The texts draw attention to the fact that both through his father’s profession – and his own – Tanpınar traveled widely in the former Ottoman Empire, including as north as Sinop, and as south as Mosul. One photograph in particular appeals to me is of a group huddled around a table in "Çınaraltı" ("Under the Sycamore") tea house in Emirgan, a spot that has seen many changes in the intervening years, but whose rickety tables and chairs I was able to experience when I was an undergraduate. There is also an excellent caricature of the teaching staff at Ankara High School, where he taught for a time. It portrays a veritable cast of characters that could easily spawn a few seasons of a school drama.

One of the liveliest pieces in the exhibition is a restaurant napkin kept by Tanpınar, with messages from his friends in Latin and Ottoman script. The different writing styles, the different slants of the hand give the piece such vitality, you almost hear the voices of the friends. The way it is slightly crumpled also suggests a cramped space, bodies and sounds jostling. In further Tanpınar exhibitions this could be a central piece, with a recreated soundscape for the restaurant atmosphere, which Tanpınar, who didn’t have much a home life to fall back to, loved to depict in his novels.

The smaller room contains Tanpınar’s writing desk, his Ottoman script typewriter, and inkstands. The presence of the author in the room is provided by blown-up black and white photographs. One of them, in which Tanpınar is reclining on a chair, stands out due to the world-weariness one can easily read on his face. The caption says, “On the veranda of Abidin Dino’s house in Antibes, 1959,” Abidin Dino being an Ottoman/Turkish artist with very close ties to France, close enough for Tanpınar to possibly have been jealous. Tanpınar is famous for his descriptions of the Bosporus, and one does wonder what he contemplated sitting by the western Mediterranean in his more worldly, better connected, and much richer friend’s house. Tanpınar doesn’t have a separate “Notes on France” volume, but I am inquisitive to determine if Antibes, in particular, gets a mention in his collected memoir. With its melancholy and wistfulness, the photograph is truly an invitation for the researcher to delve deeper into his time in France, his chosen “Other,” in his assessment of Turkish literature, and indeed, the whole Turkish modernization project.