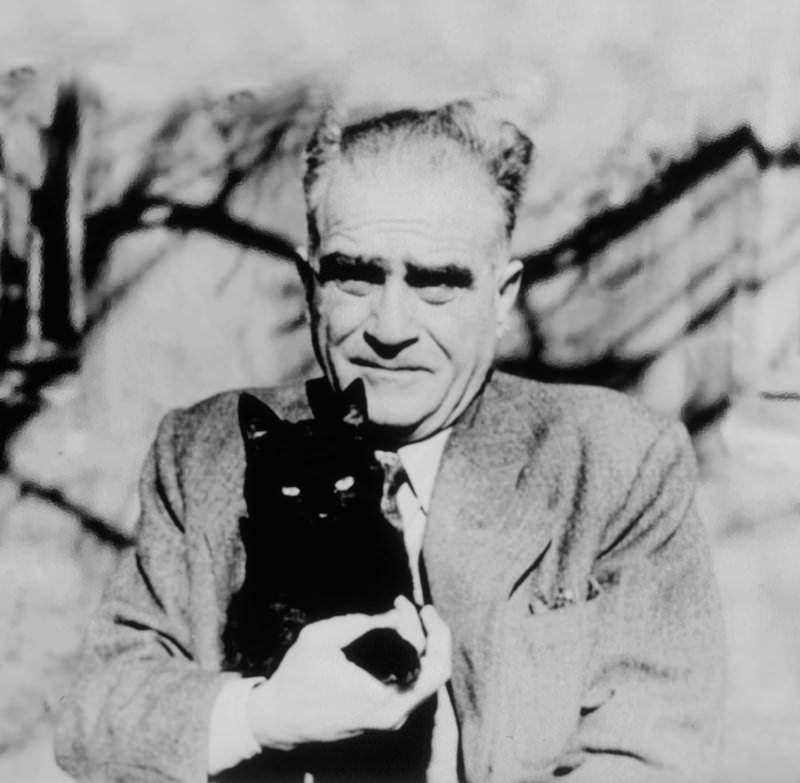 One of the most influential Turkish authors, Ahmet Hamdi Tanpınar is known to have successfully addressed Eastern and Western cultural traits in his novels where he focused on the matters of time, history, society and the individual

The last generation of the Ottoman Empire -- which would give way to the first generation of the Turkish Republic -- was the first to experience the disorienting effects of Mustafa Kemal's radical cultural revolution. Led by the victorious former general, the new Republic rejected the legacy of the Ottoman Empire; institutional continuation was cut and the state began intervening in all aspects of civil society, including religion and art.

The first generation, born around 1900, was loyal to the state by definition. Like their peers in the Soviet Union, Turkish youngsters adored the leader of the state and voluntarily became pioneers of the cultural revolution. However, they had also been brought up with the previous culture. Although they were eager to adopt the new tastes of the modern national culture, they were mature enough to be accustomed to the old ways of thinking.

The dilemma of the first generation is reflected in a certain cognitive dissonance in its intellectual output and incoherence of artistic expression. For example, Ahmet Hamdi Tanpınar writes with a stiff mixture of vocabulary. He tries to use newer Turkish words introduced by the cultural revolution and is fond of using words of French origin; however, he unwittingly uses Ottoman words on the very same page. This kind of fragmented style, employing such disparate vocabulary, like the shattered aesthetic and political mentality of Tanpınar's perplexed generation, has been a historical source for the contemporary reader seeking insight into the aesthetic of the early Republican era.

Ahmet Hamdi Tanpınar was born on June 23, 1901 in İstanbul. Due to his father's duties as a judge, Tanpınar spent his childhood in various towns and cities of Anatolia with his family before 1918, when he returned to Istanbul to pursue higher education.

Young Ahmet Hamdi first attended the Faculty of Veterinarian Science for a year and transferred to the Darülfunun (now İstanbul University) Faculty of Letters, where he studied history and then philosophy. Later, he transferred to the Department of Literature because he wanted to take classes from Yahya Kemal Beyatlı, whose work had had a great influence on him. Indeed, Kemal was Tanpınar's role model, so much so that he named an entire volume of his memoirs after his master: "Yahya Kemal."

During his college years, Tanpınar had an opportunity to study both French and Turkish literature. Knowing both the Turkish and the western in any field was one of the major goals of Turkish modernization, and Tanpınar was a hard-working student of modernization.

Tanpınar took his first steps into the literary world in 1920, with a poem titled "Musul Akşamları" ("Mosul Evenings"), which was published in the "Altıncı Kitap" literary journal. His poetry carries influences of Ahmet Haşim rather than that of Yahya Kemal. The young poet published some poems in the "Dergâh" literary journal edited by Haşim and Yahya.

Tanpınar was among the poets who wrote their poems in folkloric meter and rhyme, though he never wrote poems with folkloric content. His best known poem "Bursa'da Zaman" (Time in Bursa) is about the human consciousness of time. The poem's nostalgia concerning the historical and natural context of Bursa continues to fascinate readers.

In 1923, Ahmet Hamdi graduated from the Faculty of Letters and was appointed as a teacher of Turkish literature at Erzurum High School. He later worked as a teacher at various secondary schools in Konya, Ankara and İstanbul. After the death of renowned literary figure and academician Ahmet Haşim in 1933, Tanpınar was appointed to the Academy of Fine Arts as a lecturer of art history.

Tanpınar once stated that he first listened to Sufi music in Konya. It was a piece from the great composer Itri. Later he would become acquainted with western classical music as well when he was teaching in Ankara.

The young poet supported the cultural revolution at the Teachers' Congress held in Ankara in 1930, suggesting that classical Turkish literature should be omitted from the school curriculum. He proposed that Turkish literary history should begin with the Tanzimat period, roughly the 1860s.

This is especially significant, since Tanpınar is generally known as the major supporter of Divan poetry during the Republican period. He changed his mind in the early 1930s. In 1939, he started working at İstanbul University as a professor of Turkish Literature. Though he was lecturing on modern literature, he also wrote prominent articles on earlier periods, including divan poetry.

Tanpınar is forever in between: between East and West, the old and the new. His ambivalence can easily be understood from his works. He used the word "kırtıpil," meaning insignificant and futile. He felt the futility of living in a completely alienated context. He thought the subject of his literary works should the "void of a people suspended between two lives."

The poet entered the Grand National Assembly as an MP for Kahramanmaraş province for one term between 1942 and 1946, just before multi-party democracy was initiated in Turkey by his party, the Republican People's Party (CHP).

Tanpınar visited Europe for six months in 1953, which was the realization of a long-held dream for him, though belatedly.

Hamdi never married, just like his master, Yahya Kemal. Outside of his writing and lecturing, he garnered little prominence. One pities seeing him how he begs his friends for a state-funded voyage to Paris or a chair at the parliament. His political life yielded nothing but scraps. That makes sense when you read his disdain for the Democrat Party after it was overthrown by the military coup of May 27, 1960.

However, he was a brilliant critic of classical Turkish poetry, and a courageous and reliant historian of 19th century Turkish literature.

On the other hand, Tanpınar was not a prominent figure in Turkish literary circles until the 1980s, which can be described as a period of suspension. When people began seeking a connection with history, Cemil Meriç, Oğuz Atay and Ahmet Hamdi Tanpınar became popular thereafter.

Tanpınar's two novels have become masterpieces of the Turkish canon. "Huzur" (Peace of Mind; 1949), a romance which takes place within an aesthetic context, and "Saatleri Ayarlama Enstitüsü" (The Time Regulation Institute; 1961), which is an ironic interpretation of the Westernization process of the early Republican era, are considered among the best Turkish novels.