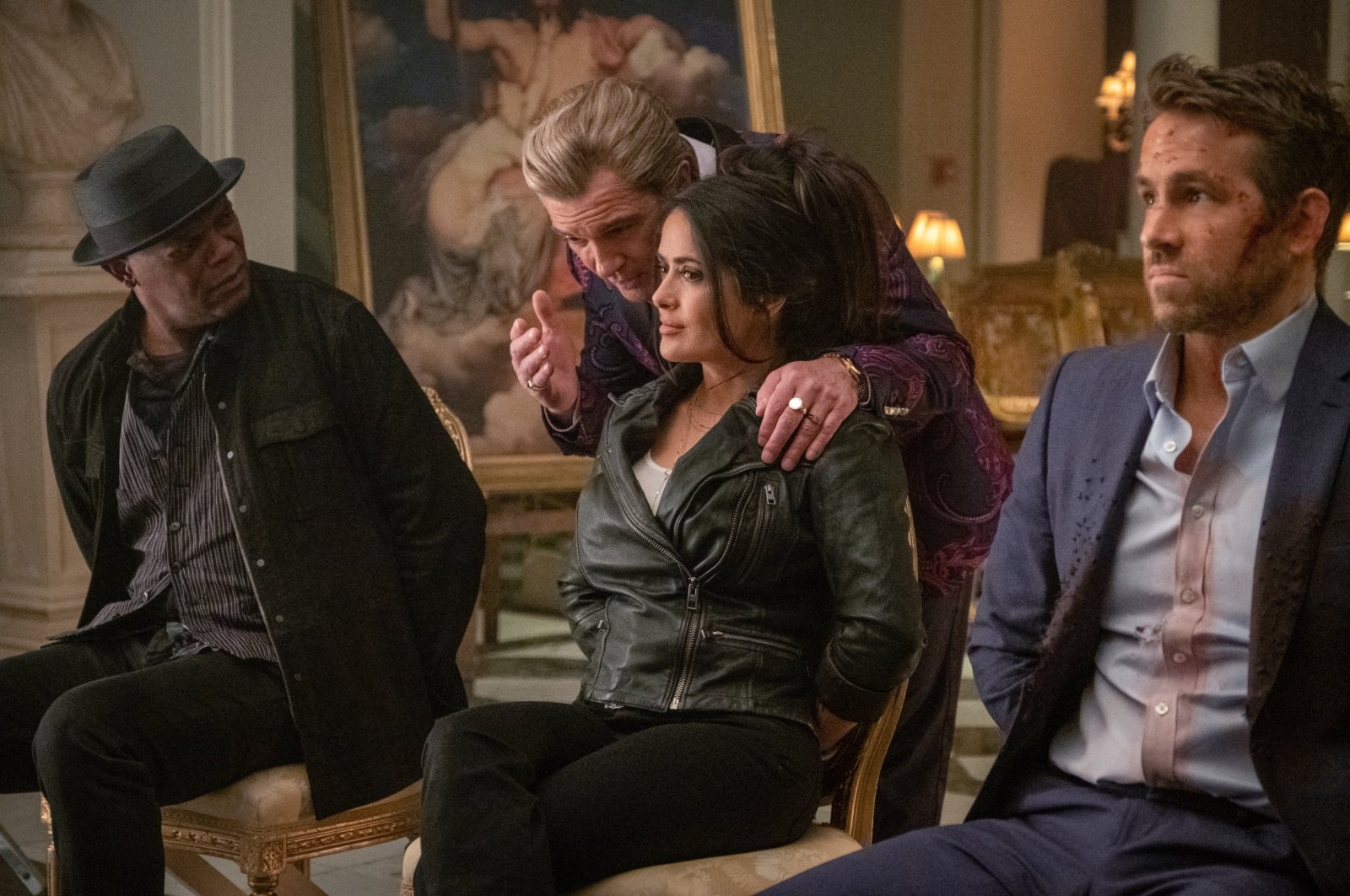 A star-studded cast that includes Ryan Reynolds, Samuel L. Jackson, Salma Hayek and Antonio Banderas along with Morgan Freeman, over-the-top action sequences, comedy, drama, what more can one want from a movie? Well, a better balance between all these elements would be a nice start.

Toward the end of "The Hitman's Wife's Bodyguard," there's a scene where Ryan Reynolds is repeatedly smashing a man's head into a jukebox aboard a yacht, as sometimes happens. Each time the bloodied head goes in the machine, it triggers a new song. Until it lands on "The Sign" by Ace of Base.

"You're lucky," Reynolds says to his unconscious rival before walking away to commit more mayhem. "I love this song."

That single scene beautifully captures the essence of the sequel to 2017's "The Hitman's Bodyguard" – excessively violent, disarmingly cute and overly self-referencing.

Fans of the original will get the in-joke about "The Sign" but the sequel itself will not likely make new fans. It suffers from what many sophomore films fall prey to: The same basic idea, but just make it bigger.

So if the first's plot was getting a witness to the Netherlands to testify about an European war criminal, the second is about saving the very existence of Europe itself. If the first had a star like Salma Hayek tucked in, the sequel is her elevation to co-star and the massive additions of Antonio Banderas and Morgan Freeman.

Director Patrick Hughes returns for the overstuffed sequel but this time has trouble balancing the violence with the heart. Too many characters – a Boston Interpol agent and a rival bodyguard, among them – are blended into an unhinged 007-style plot with a tendency to veer uncomfortably personal.

Reynolds and Samuel L. Jackson again play frenemies and their exchanges still crackle with electricity (and lots of potty language.) Reynolds is bodyguard Michael Bryce, a careful, safe professional ("Boring is always best," is his motto) who has found himself in hard times. Jackson is Darius Kincaid, a shoot-first, reckless hitman.

If there was a stylish chic in the first film, it's gone in the second, which sometimes seems cloying in its attempt to recreate the first. In addition to Ace of Base, returning this time are repeat references to: "Hello" by Lionel Richie, a gaggle of nuns, the deadly use of a penknife, a Richard E. Grant cameo, someone ejected from a car for not wearing a seatbelt and the leads getting kidnapped by having their heads put in a bag.

"This feels familiar," cracks Bryce. We know the feeling.

The plot puts Reynolds, Jackson and Hayek speeding across Italy to stop a madman from crippling Europe by destroying its electrical and data infrastructure, or something like that. The madman is played by Banderas who has forgone chewing the scenery in favor of swallowing whole chunks of it nosily while dressed like Liberace mated with "a set of curtains." (Actual dialogue more colorful.)

For some reason the writers – Tom O'Connor and Phillip Murphy and Brandon Murphy – have added an amnesia twist, a digression into fertility, a weird drug trip on a mood stabilizer and an ill-conceived exploration of parenthood and family legacy. Plus, they wasted the skills of Freeman in a nebulous, confusing role, which is inexcusable.

The film is best when it winks at the viewer – Reynolds at one point gets into a vehicle and says "here's the car chase" – or goes silly over-the-top, as when both our heroes and the villain kindly reference the 1987 Goldie Hawn film "Overboard," which Banderas calls "a minor classic." But no one – not even fans of the first film – will find this second one to be any sort of classic at all.