Hungarian waves in Karaköy: From the Danube to the Bosporus 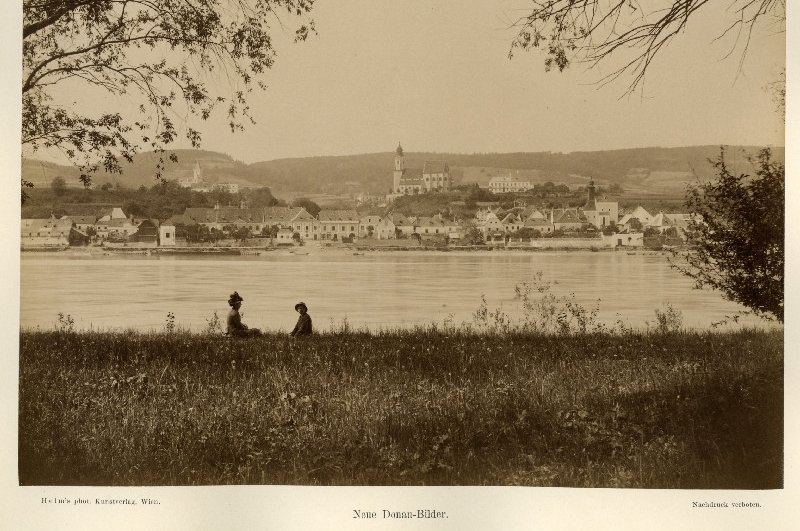 An exhibition of model ships, trilingual texts and historical images organized partly by the Hungarian Cultural Center at Istanbul's coastal Karaköy quarter has been set up to remind passersby of Hungarian-Turkish collaboration across the Black Sea

In the 19th century, travelers embarking from Budapest to Istanbul felt at one point that they were traversing an imaginary line where the West became the East. The border was more psychological than physical. For centuries, Hungary was thought of as one of the gateways through which the self-styled Orientalist passed on their way to adventure. Prior to air travel, the crowded ports of international waterways served as the main points of passage between countries, histories and peoples.

The Danube, at the height of seafaring exploration, enjoyed singular prestige for its linking Eastern Europe with the Balkans, and thus the frontiers of civilizational identity and geopolitical perspective. Along its winding course, history was constantly forged and rewritten, personalities immortalized and alliances made. A slew of distinct intercultural associations emerged on all sides, founded on economic exchanges during the heyday of the steamship industry.

By the latter half of the 19th century, newly built railways came to the fore in the Balkans as a worthy competitor to the shipping sector. The Orient Express famously passed through Budapest from Vienna before reaching Belgrade. Many passengers were used to going partway on their eastward routes by boat. When the Hungarian Eastern Maritime Company was established in 1898, it not only linked businessmen and tourists between the ports of the Ottoman and Austro-Hungarian empires but also served diplomatic purposes.

Nearly 200 years after Hungarian national hero, Ferenc Rakoczi, died in Tekirdağ, the ashes of the exiled revolutionary who defied Habsburg rule were returned to Hungary. The case of Rakoczi was only one example of how the commercial use of waters connecting Hungary to Turkey strengthened their respective historical ties.

With visual accompaniment to texts in Turkish, Hungarian and English relating the story of the Hungarian Eastern Maritime Company and Rakoczi, one of Istanbul's most bustling piers showcases a hectic array of rowboats and steamers. It has the appearance of the quayside at Beşiktaş, but the black-and-white scenes appear much more crowded than even the worst of workdays in our present milieu. Fez-sporting dock workers amble about beside countless wooden barrels and stacks of covered sacks, heavy with the silence of a bygone world.

Emboldened by the ambiance of a floating platform on which commuter ferries transport urbanites and globetrotters up and down the Bosporus, across the Golden Horn and the Sea of Marmara, the simple second-floor exhibition, titled, "Closer to the East, from Hungary to Turkey" is the work of Hungarian curator Balazs Tinku-Szathmary. The Hungarian Culture Center mounted an intriguing series of antique images, briefing footsore wanderers and cultural workers.

Six photos from the "Donau Album" of Amand Helm, named after the spelling of the Danube in German, begins with a view of the storied canal portion of the region-wide river as it winds its way through Vienna. A second scene leaps over to Belgrade, where the city's section of Zemun is fog-cast, stretching along the banks of the wide stream with its clusters of homes, their steeply pitched roofs indicating snowy winters and regular rainfall in the riparian ecology. Below, in the Romanian cities of Orsova, or Turnu-Severin, the riverside expanses are emptier.

On another placard, mounted with a painter's easel, a sprawling view of Pest-Buda, better known to Anglophone ears as the Hungarian capital of Budapest, shows the grand city’s towering church steeples, its hilltop mansions, and picturesque residential neighborhoods. While monochrome, the character of the place comes through, transporting with certain focus past its suspension bridges and beyond, where the Danube flows to the renown of its name overlooking the southern confluence of Bosporus.

A portrait of the Hungarian writer and journalist Bela Toth profiles the fez-capped wordsmith in a velvet three-piece suit, mustachioed to a wisp and bespectacled just five years before his death in 1907. His travel writing made a somewhat dark impression of the way from Hungary to Romania and beyond. In one instance, he wrote in his book, "Magyar Rarities," published in 1899, of "a frightful and magnificent apocalyptic sight" following an incursion of armed forces near the Romanian village of Ocna Sibiu.

There is not much exposition on the significance of Toth, however, to the Danube or its Hungarian commerce in relation to that of Istanbul. Meanwhile, Anglophones will be hard-pressed to find primary material in translation by Toth himself. But such are the tantalizing qualities of exhibitions like "Closer to the East, from Hungary to Turkey," by presenting snippets of archival curiosities from which to research and discover otherwise unknowable findings buried in layers of cultural specificity.

A parallel to present

Oftentimes, a sidelong dive into an obscure window to the past may reveal surprisingly fresh takes on current-day issues. While the idea of quarantine might seem unnatural to most people alive today, its historic precedents are manifold. Before 1857, with the end of the Crimean War, Hungary mandated personal lockdowns for anyone coming from Istanbul. There were two separate periods of confinement, five days for epidemic-free periods and 10 for when Istanbul was enduring the plague. An inspired trio of engravings is displayed as part of the pedestrian show to help visualize what it was like to step into an officiated, premodern quarantine zone in Zemun, enclosed by an armed guard, a rickety fence and the formidable Danube shoreline.

Perhaps the most exciting entry in the Tinku-Szathmary curation is a diverse set of material illustrating the life of Ödön Szechenyi, also known as the "Fire Pasha." The thin, bearded man of Hungarian extraction is responsible for having founded the Istanbul fire brigade, thereby becoming the first Christian to receive the rank of pasha by the Ottoman sultan. His example is integral to the history of Hungarian-Turkish relations. Eastern European in spirit, his memory is joined to his musical compositions, including the "Shipping Union Polka" (1866).