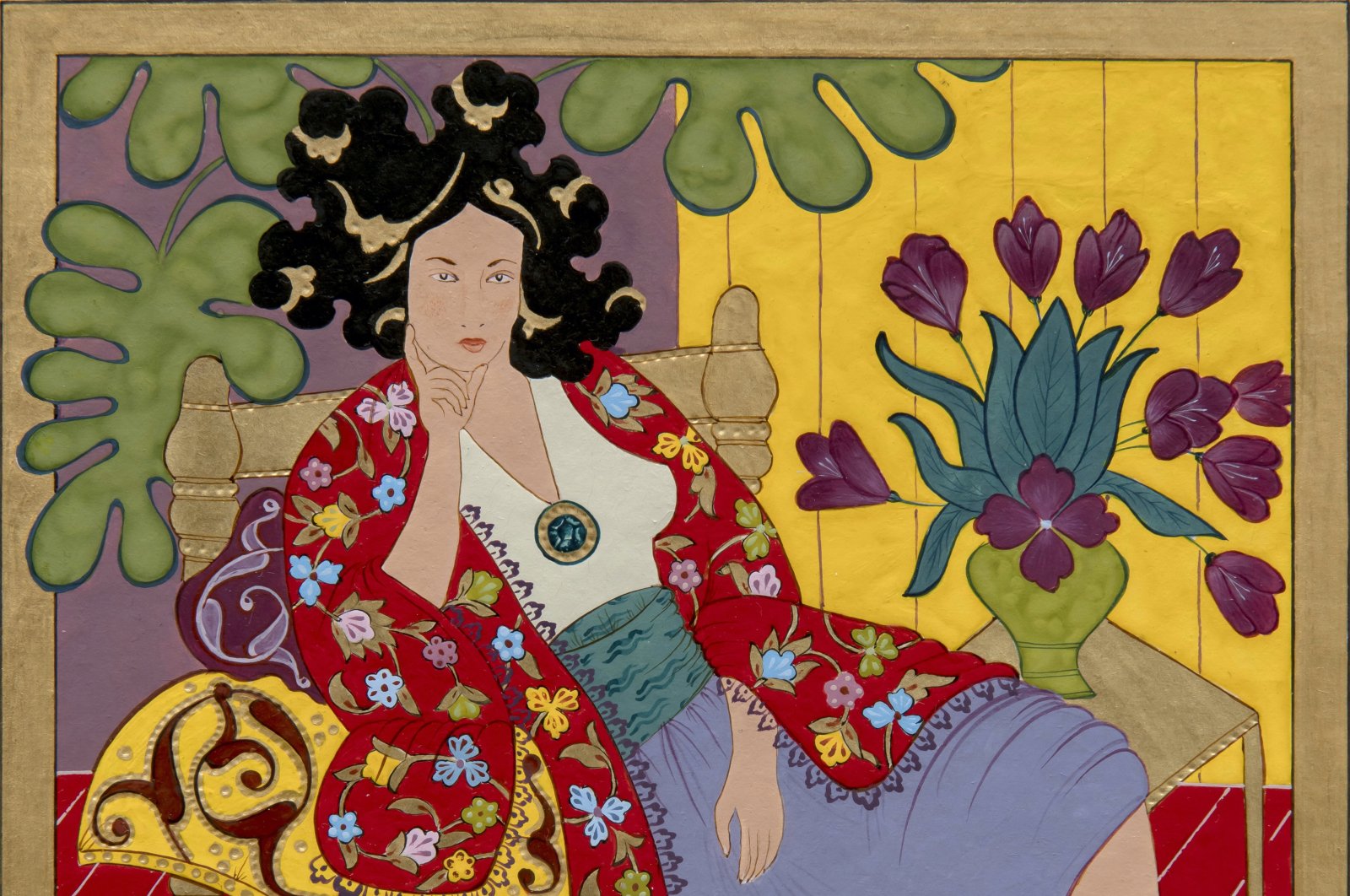 Anna Laudel's Istanbul location on the old finance street of the late Ottoman Empire in Karaköy is a prominent gallery that provides a contemporary exhibition platform for the works of both Turkish and international artists. Aiming to expand its reach, the group opened its second venue in Germany’s ​Dusseldorf ​in 2019. The German venue, since July 30, has been presenting “Assimilation,” a feature of Turkish artist Onur Hastürk. The exhibition marks the largest display of Hastürk’s works to date and will be on display through Oct. 31.

Hastürk is known mostly for his work combining the style of Islamic painting with contemporary art. Concentrating on the traditional expressions of gilding and miniature painting during his university years, the virtuoso earned his master’s degree in fine arts from Marmara University with a thesis on the figural analysis of Ottoman-illustrated manuscripts at Istanbul’s venerable Süleymaniye Library. Always having a great interest in Islamic crafts, he specialized in classical Ottoman miniature painting.

In his latest show at Anne Laudel in Dusseldorf, Hastürk draws freely from the numerous artistic cultures of Islam and the pioneers Henri Matisse and Andy Warhol, putting them in new modern conversations. As Islamic art has progressed in different geographies, it has used many styles and techniques over the centuries by developing and renovating itself. Similarly, world-renowned artists Matisse and Warhol adapted the art movements of different geographies and cultures into their avant-garde production styles. In the works of Hastürk, one can see these combinations as well but he puts traditional Islamic art techniques at the core of his creations, unlike Matisse, who focuses on European-American tradition. Hastürk questions and develops his talents with the productions he makes in response to the intercultural art experiences of Matisse and Warhol.

The exhibition “Respect to Matisse” brings together the modern and the traditional. When examined, the Frenchman’s paintings include the naturalism and tactility of the European painting tradition, the rhythmic patterns of Islamic carpets and the shallow compositional areas of Islamic miniature painting. Hastürk handles the gaze of Matisse in line with the perspective of a miniaturist and makes the Frenchman’s loose brushstrokes and plain colors visible. He reconsiders the Islamic modernism that Matisse processed with such a talent, overshadowing Islamic artists. Hastürk also interprets the Frenchman’s extraction of Oriental motifs in his paintings and cutouts for a new kind of ornamental decoration.

The chapel vestments of a priest designed by Matisse can be seen as a counterpart to the series of talisman caftans that Hastürk made. Also in the series, the limiting and abstract figures of Matisse's painting "La Danse" (1910) reappear in Hastürk's work with connotations between the curved ornaments of Iznik tile.

Like Matisse’s paintings, Warhol’s canvases and ready-made sculptures are reflected in Hastürk’s practice. The Turkish artist engages with a different dimension of the American’s oeuvre in the series “Respect to Warhol” and explores the impact of the artist's figures.

In 1957, Warhol published “A Gold Book," a bound volume of 19 offset lithograph prints depicting flowers, high-fashion shoes and magazine models, most of which were printed on gold paper. A major portion of the images depict male figures, all boyish with slim waists and muscular chests and limbs. In his own gold book, Hastürk develops the figural silhouettes of his Matisse series into shimmering bodies falling or leaping through the blank space of the paper.

In the “Classical Miniatures” series, Hastürk reflects both the aesthetics and modern features of the miniature technique in Islamic art. He also reveals the features of Islamic art that modernists like Matisse admired.

In this series, the desire to experiment with the visual and material properties of gold continues to be an important feature of Hastürk's work. Other traditional techniques such as marbling and gilding used by the artist create as much meaning for him as painting.

In his “Mythology” series, exhibited at London’s Saatchi Gallery in 2017, Hastürk applied his mastery of the Ottoman miniature to a new kind of paper surface, the ubiquitous Starbucks coffee cup.

Hastürk thereby imagines an Ottoman art in the age of mass consumption. These works have also been included in the third section of his newest exhibit in Dusseldorf.