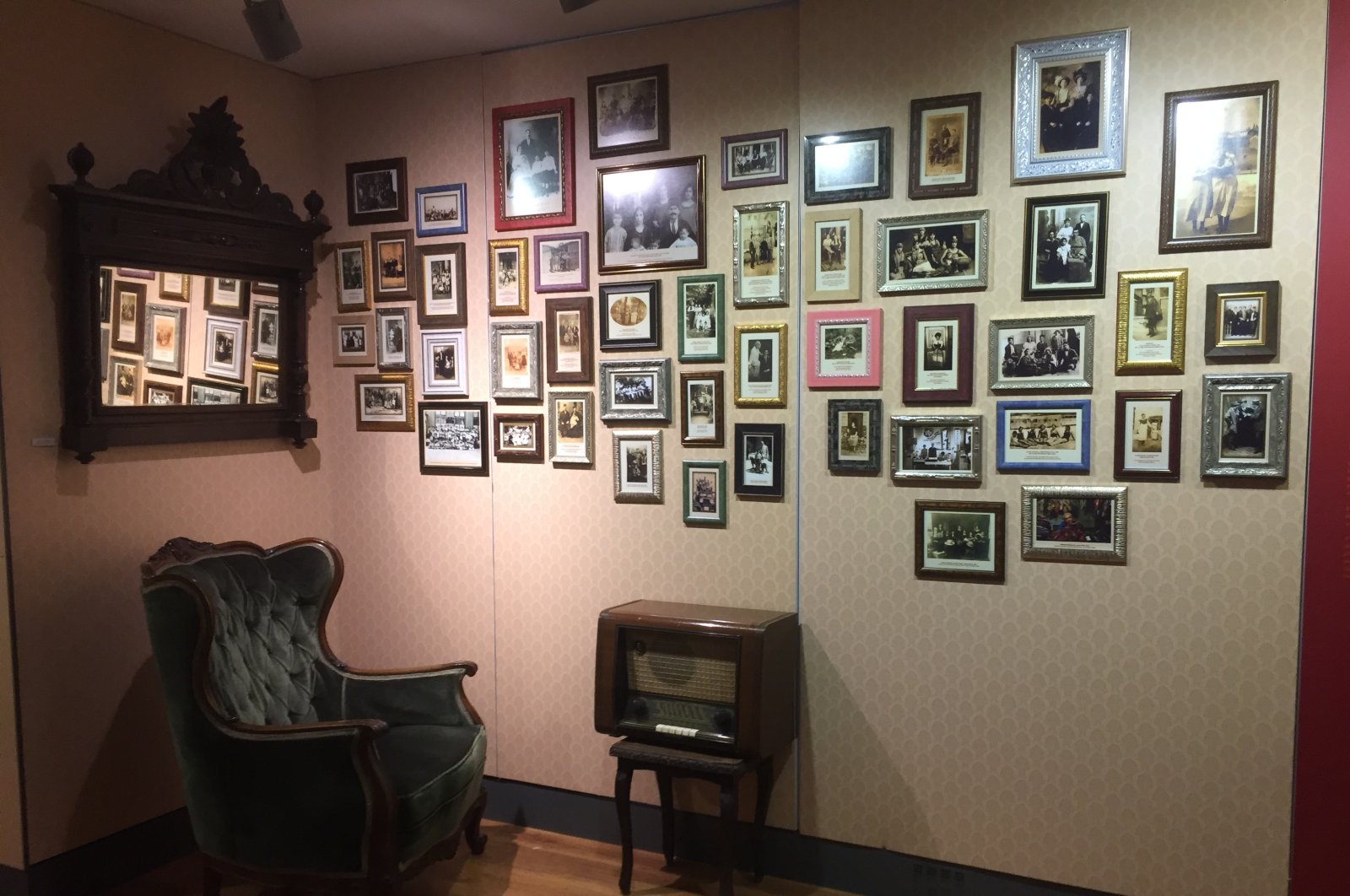 This recreated home parlor features family photographs of Turkey's Jews through the decades, at the Jewish museum in Istanbul, Turkey. (Photo by Paris Achen)
by PARIS ACHEN Dec 31, 2020 9:48 am

The Turkish-Jewish population has declined in number over the past century due to migration and low birth rates, yet the community's mark on the country is indelible

When you step inside Istanbul’s Jewish museum and see the faces of Turkish Jews in photographs from over the decades, you can imagine what their now-silent voices might have sounded like as they echoed through the homes and business places throughout the city.

This Turkish minority is largely made up of Sephardic Jews who found refuge in the Ottoman Empire under Sultan Beyazid II in 1492 when they were expelled from their homes in Spain during the Inquisition. Before their arrival, however, Romaniote and Ashkenazi Jews had been living in Anatolia for thousands of years during the Byzantine Empire.

In his decree to governors in Ottoman municipalities, Sultan Beyazid II expressed how serious he was about showing hospitality to the Jewish refugees.

“ ... Let alone to refuse entry to the Jews from Spain, they should be welcomed with complete open-heartedness, and whosoever acts in opposition to this by treating the immigrants with contempt or causes them harm in any way will be punished by death,” the sultan’s decree stated.

Over time their Judeo-Spanish mostly gave way to the Turkish tongue; their clothing and certain ways of life adapted to the times, but their colorful culture and centuries of resilience have become woven in the fabric of one of the most cosmopolitan cities in the world.

Yet, until the terrorist attack on Neve Shalom Synagogue in Istanbul’s Galata neighborhood in 1986 that killed 22 worshippers during a Shabbat service, Turkey’s Jewish population remained relatively unknown to the outside world.

“People in Europe and the U.S. didn’t even know about the existence of Jewish people here,” said museum Director-Curator Nisya Isman Allovi. “Our founder and first curator Naim Güleryüz said this is the reason we need to make ourselves known to people living here and outside.”

Formally named the Quincentennial Foundation Museum of Turkish Jews, the museum was founded in 2001 on the premises of Zulfaris Synagogue in Karaköy essentially to put Turkish Jews on the global map and preserve their legacy.

In January 2016, the museum moved to a building adjacent to the Neve Shalom Synagogue in the Galata neighborhood. Admission to the museum includes entrance to the synagogue, which is the only one in Turkey that is open to the public year-round.

With two floors of exhibits, the museum traces Turkish-Jewish history through time beginning with life in Anatolia 2,600 years ago and touching on important points in history such as Turkish-Jewish contributions during the Turkish War of Independence in the aftermath of World War I.

The museum’s permanent exhibition offers interactive activities such as touchscreen maps. One map allows you to search for Jewish settlements in different parts of Turkey. The other map shows waves of Jewish immigration to Anatolia over time. Among the videos available at the museum is a selection showing Turkish Jews demonstrating how to make dishes from Jewish family recipes. You also can take home a recipe you’d like to try from tear-off pads mounted on the wall.

Much of Turkish-Jewish cuisine is an amalgamation of the two cultures. For instance, Turkish Jews have a stuffed pastry called a börekitas, which combines the word “börek” used for the Turkish version of the pastry and the diminutive suffix “ita,” coming from Spanish. The pastry is usually stuffed with potato or eggplant. Pırasa köftesi, a meatball containing leeks and potato, is another Turkish-Jewish signature dish.

A tradition that is unique to Turkish Jews is fashadura, which you can see examples of in the museum, Allovi said.

When a woman is five to six months pregnant, the ladies in her circle get together to sew a type of gown for the baby. They use a thin, cotton fabric called mermerşahi (which means marbled) to make the long gown. The garment is the first thing the baby wears after birth, and its length symbolizes a wish for long life. The woman who cuts the fabric should still have parents who are alive, and the word "fashadura" means to cut. The same woman then also sews the dress. The gowns come in different colors, styles, lengths and embellishments.

One of the most eye-catching items in the museum is a 19th-century hanukkiah shaped like an Islamic minaret with a Turkish crescent and star at the top, epitomizing the Turkish-Jewish synergy that developed from living together for so long.

The Turkish-Jewish population reached as high as 250,000-300,000 at its acme during the Ottoman Empire. Over the last century, their numbers have dwindled due to outbound migration and, more recently, low birth rates. Only about 15,000 Turkish Jews remain in the country, Allovi said.

Despite their small numbers, the community continues to publish a weekly newspaper, Şalom. Most of the articles are written in Turkish. However, one page is dedicated to articles written in Judeo-Spanish. A separate monthly publication, El Amaneser, is also printed in Judeo-Spanish and receives contributions from Sephardic Jews from around the globe.

You can learn about the history of Jewish newspapers in Turkey in one section of the museum and even pore over copies of the historical papers encased in glass.

The first Jewish newspaper in Turkey, Sha’arey Mizra, went to press in 1845 in Izmir, followed by Or Israel in Istanbul in 1853. Şalom started in 1947.

Until the 1950s, Jewish newspapers were published in Judeo-Spanish, but with younger generations losing the language, the articles started to appear in Turkish. Interestingly, there is an effort underway to revive the language, including free online classes available through the Sephardic Center of Istanbul.

The foundation also holds special events each month. Upcoming events are listed on the museum’s website. The foundation, led by President Silvyo Ovadya, funds the museum through donations and grants and, like other museums, has been struggling with the reduction in visitors during the pandemic.

Hours currently are 10 a.m. to 4 p.m. Monday through Thursday, 10 a.m. to 1 p.m. on Friday and closed on Saturdays and Sundays. The museum is typically open on Sundays but has closed that day due to coronavirus restrictions. An officially issued identity card or passport is required for entry.