‘It Must Be Heaven’: Deadpan satire with new take on Palestine 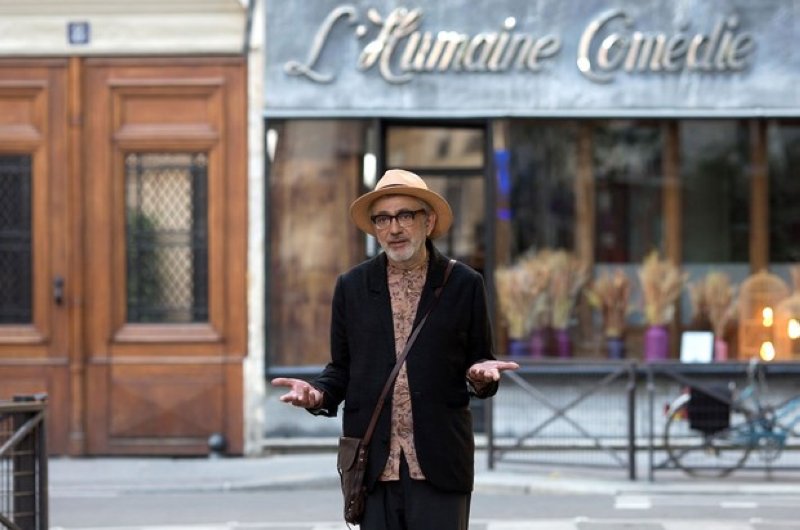 “7 Days in Havana,” directed by Palestinian filmmaker Elia Suleiman, presents a picture of contemporary life in the Cuban capital through seven short films. Once, in an interview, Suleiman confessed that he was scared to fail in making this film as he does not know much about Cuba or Spanish. However, the director cut his own path by placing the camera at a more distant angle in the production, enabling him to preserve the integrity of the northern Caribbean country without imposing any kind of subjectivity.

The situation of the director’s latest film, “It Must Be Heaven,” is quite different. A decade after his last feature, Suleiman appears before the audience with the story of his silent version’s odyssey from Nazareth to Paris and New York. Choosing to live many years in self-exile in real life, Suleiman has experienced the lifestyle in all of these three cities and now gives a close look into them.

Like in his other films, Suleiman again portrays himself and observes the chaos of the life around him with bemusement in this deadpan humor. Starting with the surroundings of Nazareth – the only city with a majority-Palestinian population left in Israel – the movie offers various everyday life events, some of which are hilarious. In the film, this silent version of the director, who is very awkward, watches others' lives like neighbors passing before his eyes. While saying that the sequences of the Palestinian scenes – shot perfectly in terms of colors and angles to portray the atmosphere in the country in the most authentic way – are highly impressive and make you focus on the movie even when there is no action, I should also confess that I was expecting to see a different storyline after the opening scene. Decorated with such glorious items, the initial scene shows a bishop leading a nighttime procession. When they come to the door of the church, the custodians refuse to open the door. The end of the scene has you rolling in the aisles, but many other metaphors can be surely read from it. Unfortunately, the static, observational, long shots following this flawless scene disappointed me a bit.

The film continues to reveal what it wants to give the audience a message in a linear way. Suleiman goes to Paris to find proper funding for his next movie. But he is refused in a meeting with a producer as he is not “Palestinian enough.” On his second stop in New York, he continues to experience absurd events like the moment in a cab. The taxi driver asks him where he is from and after learning the director’s homeland, he is thrilled to have a Palestinian in his cab. When it comes to his film, the producers in New York are not interested in any Palestinian story, just like the French ones. The French producers saught a more French version of the issue. In short, Suleiman wanders both locations he visits for funding and finds similar elements, offering a distinct critique among the comical details.

After reading the story above, you could guess that Suleiman would ignore the Palestinian part and the occupation in the movie and offer a script closer to the wishes of the French producers. On the contrary, Suleiman brings a fresh take to the issue by not devoting the whole film to it. To comprehend this aspect, you need to track the details. For example, he gives a scene of two Israeli soldiers exchanging glasses in a car, in the back of which a blindfolded lady sits. Seeing such a moment, no one can claim that he pretends as if all is well. The last scene of the movie is another example to convince you. When he is back in Palestine, we suddenly see this observer man, who has made himself the perfect stranger in Paris and New York, in a club where the younger generation joyously dances. The director says that Nazareth is not only a place of despair in this vision of an energetic, vibrant young population who feels free. It is seen that frustration and all bad sentiments are released and transformed into some kind of hope here.

"It Must Be Heaven" is one of the new must-see arthouse movies thanks to its cinematography, messages and soundtracks. However, be prepared for some extended scenes that may seem redundant.