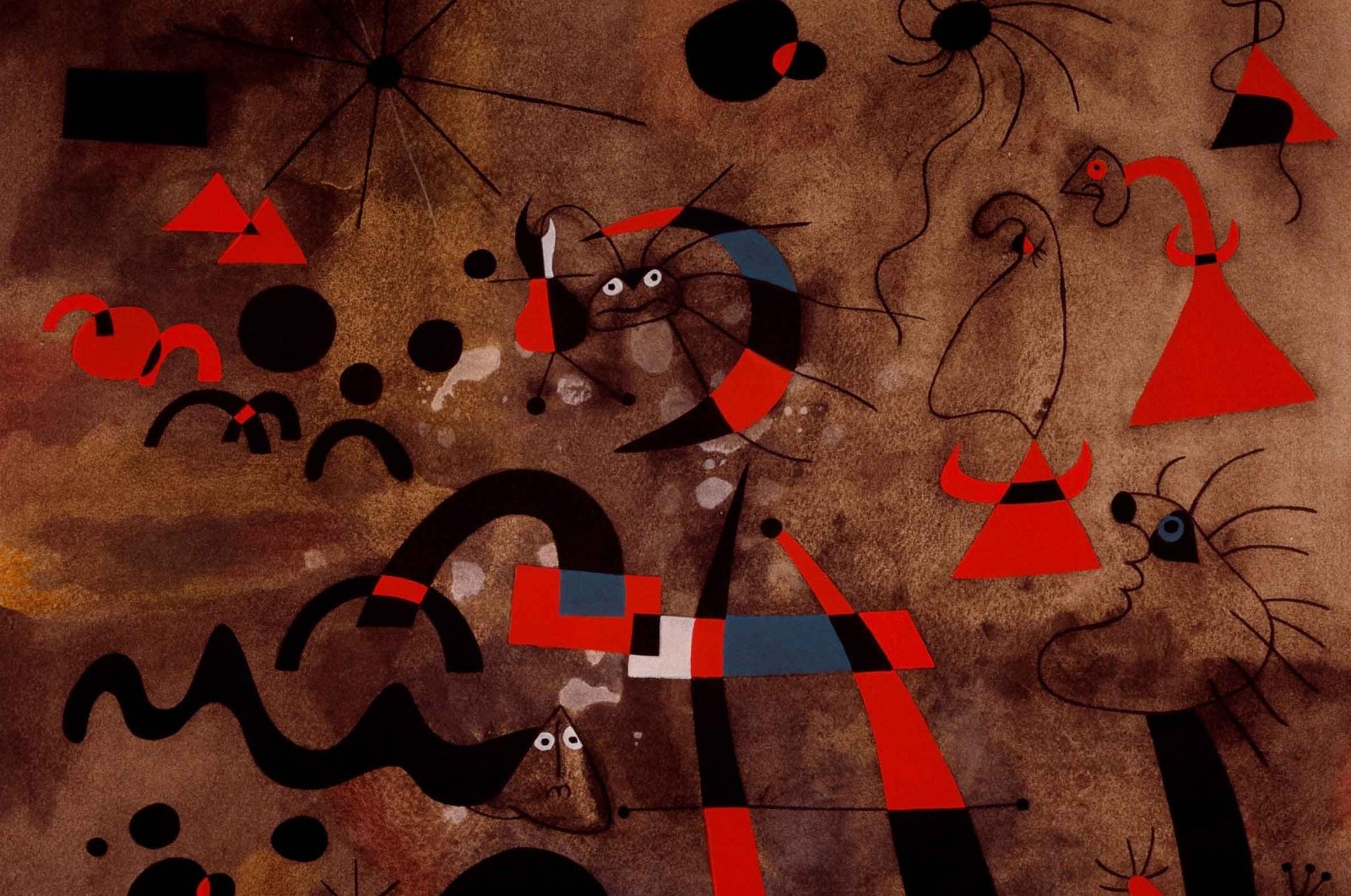 The Sakıp Sabancı Museum (SSM) constantly aims to reflect every aspect of the artists whose works it hosts, narrating their lives in connection with the political and social climate of the relevant age and conducting much academic research to this end.

Since the COVID-19 pandemic took over the world, the museum has begun to delve into previous exhibitions and bring them to audiences online.

The latest of these showcases the SSM is presenting on its digital channel is “Joan Miro. Women, Birds, Stars,” held in collaboration with the Joan Miro Foundation and the family collection "Successió Miro in Mallorca and Fundació Pilar i Joan Miro" ("Pilar and Joan Miro Foundation"), both based in Barcelona.

The exhibition, which focuses on the mature period of the most versatile and groundbreaking Catalan artist of the 20th century, is also the last of a trilogy of events focusing on Spanish art legends. The trilogy’s previous two exhibitions included “Picasso in Istanbul” and “Salvador Dali: A surrealist in Istanbul.” “Joan Miro. Women, Birds, Stars,” which features 125 works, consisting of paintings, prints, sculptures and ceramics. It focuses on the themes of women, birds and stars in Miro's work, inspired by his observations of the Mediterranean and its people. The exhibit met visitors physically between Sept. 23, 2014, and Feb. 1, 2015. A collection of works from the show is now on display online at the SSM, demonstrating Miro’s artistic vocabulary to the fullest degree.

Works by the artists are grouped into seven sections. In “A Secret Language Emerges," Miro’s sign language, an earlier stage of his process to purify his craft, is introduced to the visitors through a number of works. Expressing himself with poetic signs, the artist uses repeated themes in most of his compositions.

Among these signs, birds become one of the most prevalent figures. Thus, the next section, “A World of Signs: Birds” reveals how these creatures were important for Miro. They symbolized the union of the earthly world with the celestial one in their changing shapes for him.

Miro’s ambiguous shapes and lines increase over time. However, his vocabulary of form changes as a result of a slow maturation. In the section, “A Vocabulary of Forms: Women,” you can examine canvases better due to the words mentioned in their titles.

In “A Dialogue with Printing: Stars,” the fundamental symbols in Miro’s lithographs and etchings, including ladders and stars, gain new meaning. The next section, meanwhile, “Works Inspired by Object,” contains objects Miro had been collecting that would lose their practical function in time.

The other section, “Assemblage Sculptures,” features Miro’s sculptures made from discovered objects, which were put together and later cast in bronze. This type of sculpture combines an earlier 20th-century revolutionary technique, the juxtaposition of discovered objects, with the most traditional bronze-casting technique. The last section, “The Studios of Sert and Son Boter,” is about his friend, architect Josep Lluis Sert, and his studio Son Boter.

The audio guide that accompanies each work in each section of the exhibition includes detailed information about the period to which the piece belongs and the elements it contains. Meanwhile, the documentary “The Escape Ladder,” voiced by the famous actress Ed Harris, explores the impact of historical turning points in Miro’s art by addressing the artist, who witnessed some of the most dramatic changes in the 20th century throughout his life.

The Miro conference series, which was held at SSM and opened to resharing, includes speeches on the artist's repertoire, his relationship with artistic movements as well as his artistic heritage. Professor Ali Akay, one of the speakers who participated in the series, discusses Miro's relationship with science and his approach to the concepts of the universe, earth and sky in the context of the avant-garde currents, while the grandson of the artist Joan Punyet Miro examines the relationship between spirit and matter in his works. The conference titled "Fakes, Misattributions and Puzzles," held in connection with the exhibition, gives places to Roy Ashak from the National Gallery and Tom Lerner from Getty Conservation Institute.

As in previous online exhibitions, digital access is also provided to articles from the “Women, Birds, Stars" exhibition catalog. All additional contents, along with the Miro exhibition, are just a click away on the SSM website.