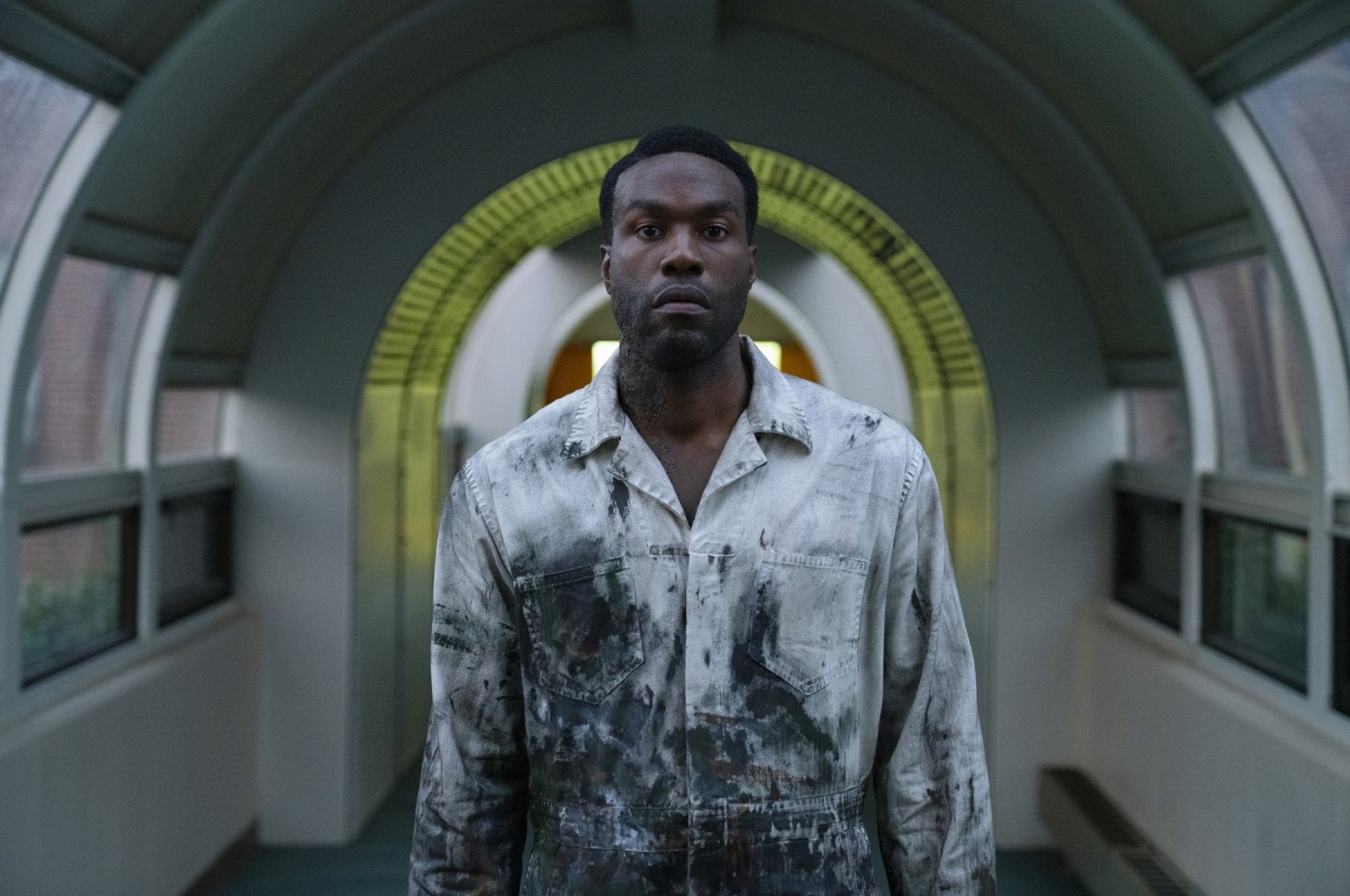 Yahya Abdul-Mateen II as Anthony McCoy, in a scene from the film “Candyman,” directed by Nia DaCosta. (AP Photo)
by Associated Press Aug 26, 2021 10:28 am
RECOMMENDED

If you watch this VHS tape you die in seven days. No ... If you say Bloody Mary thirteen times, she shall appear. No ... Wait, was it Beetlejuice? Still no, but the same principle applies to “Candyman,” (i.e, repeat its name five times in front of a mirror), and Nia DaCosta's new film might be enough to scare you away from ever testing the superstitious phrase in real life – lest you should summon the titular hook-handed killer.

Equal parts cerebral, political and gross-out, "Candyman" is a worthy addition to the library of top-notch social thrillers being built by Jordan Peele and it marks a stunning step forward for director DaCosta, who had just one indie under her belt, the well-received crime drama "Little Woods."

"Candyman" – uh, oh, how many times has his name been typed by now? – is an unusual horror movie set in the luxury lofts and haughty art world of Chicago. It's here that co-writers DaCosta, Peele and Win Rosenfeld can look at gentrification, police brutality, authenticity, myth and black identity.

It stars Yahya Abdul-Mateen II as Anthony, a visual artist struggling to live up to his billing as "the great black hope of the Chicago arts scene of tomorrow." He and his girlfriend, gallery owner Brianna (a wonderful Teyonah Parris) live a life of wealth and privilege, sipping Moscato in their gleaming duplex.

The myth goes that the Candyman was a black artist who fell in love with a white woman he was hired to paint. Her prejudiced father hired hooligans to cut off his hand and smear his body with honey so he would be stung to death by bees. Then they burned him.

The tale is told to Anthony by a Cabrini-Green laundromat owner (Colman Domingo, superb) and yet in this telling the Boogeyman isn't a vengeful demon meant to keep kids in line, but a victim. Candyman is actually an innocent scapegoat, a way to process a system of white oppression.

Peele has described this new riff as a "spiritual sequel" to the original 1992 "Candyman," which was written and directed by Bernard Rose. In some nice touches, Virginia Madsen and Tony Todd, who were stars of the first film, have roles here, and Vanessa A. Williams appears in both films as the same character, Anne-Marie McCoy, Anthony's mom.

The filmmakers use fabulous paper puppets to tell aspects of the past and have a recurring motif of bees and mirrors. "Candyman" gets progressively more filthy as it unspools, going from gleaming granite countertops in elegantly lit and airy kitchens to grimy, muddy abandoned and graffiti-scarred projects.

There are more than a few stunning scenes, including the camera steadily pulling away from a well-appointed apartment at night while the woman in it grapples with the Candyman, and one in a girls' bathroom that is terrifying for the fragments that it doesn't show.

DaCosta can make a stroll down a well-lit, modern and clean hallway somehow creepy. This is confident, smart filmmaking. There's a stunning scene in which the Candyman mirrors his prey's movements and one in an elevator where blood droplets create their own horror-inside-horror.

Anthony's newly unlocked passion to use the Candyman as fuel for his paintings – "I feel really connected to this. I've never been this clear before," he says to his girlfriend – sends him spinning into madness and into his own past, unlocking secrets and fate.

There are parts of the plot that seem undeveloped or vestigial, like the girlfriend's personal history handling artists on the edge – but "Candyman" ... Oh, no! That's, one, two, the eighth time we said it, that's too many times, he'll be here soon!

Well, hopefully you are not reading this review, aloud, in front of a mirror.

The film that shall not be named is a jolt of macabre adrenaline. It deserves to get a lot of buzz.