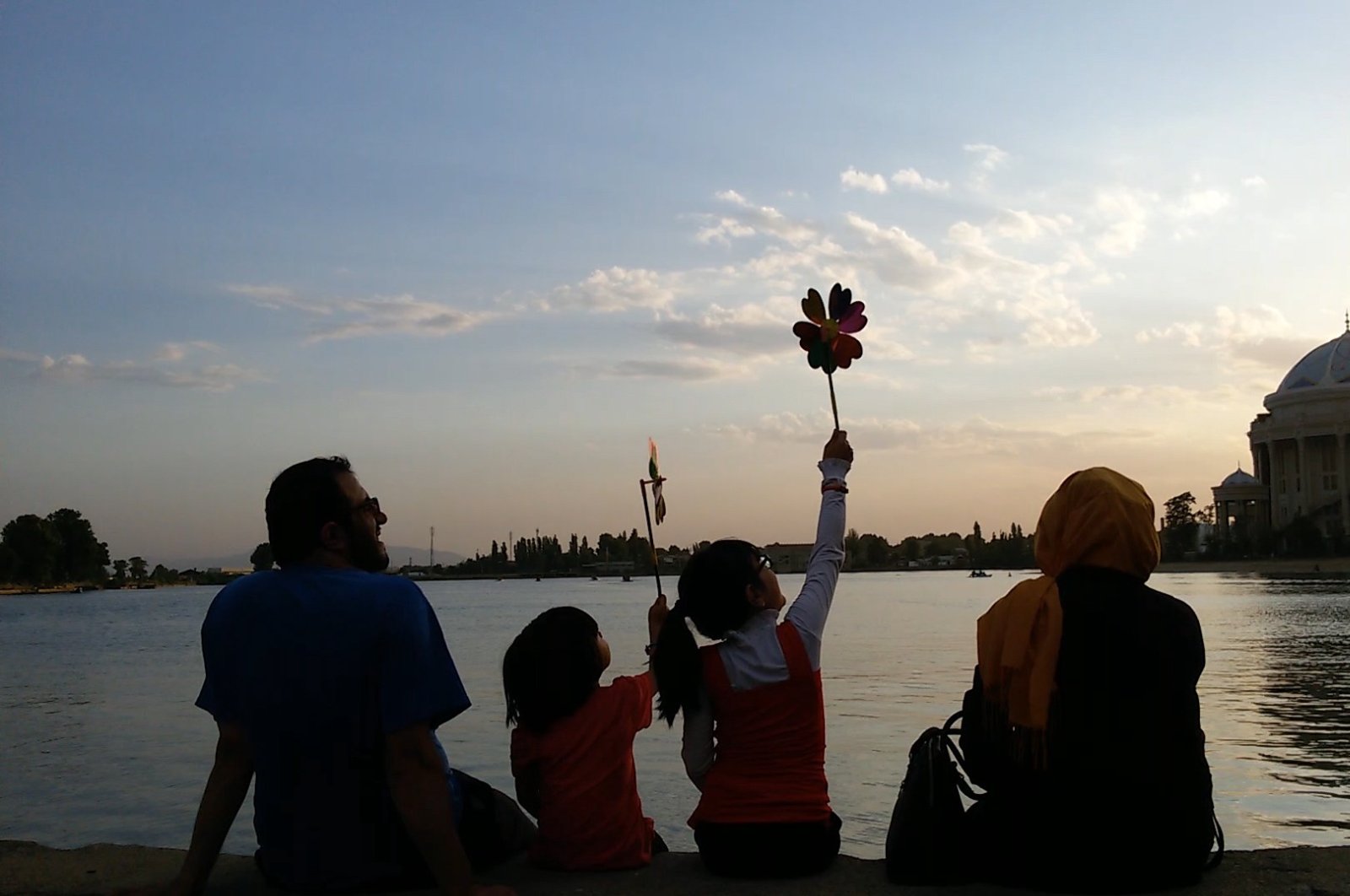 Turkey’s first-ever International Migration Film Festival was planned to make an entrance onto the country's annual events calendar in the southeastern city of Gaziantep this year but, unfortunately, had to migrate online due to the onset of the coronavirus pandemic.

The festival, which began on June 14, offers free of charge 45 films tackling the theme of migration, a hot potato of a subject in terms of both the real and cinematic world. The festival’s aim is to show that migration has been a common narrative experienced by all nations throughout history.

“Midnight Traveler” by Afghan director Hassan Fazili, which premiered at the Sundance Film Festival last year, is just one feature movie buffs can treat themselves to online. At the very beginning of the movie, the director states that the feature was shot in its entirety on just three mobile phones.

As the story unfolds, revealing the true story of Fazili and his family’s journey, it seems the filmmaker had no other choice but to document his journey on simple handheld devices.

In an interview with Filmmaker magazine, Fazili says: "We wanted the audience to be closer to our joy, sadness, dreams and feelings. We wanted the viewer to feel that were by our side throughout the film, laughing and crying with us, feeling hopeless and confused alongside us and not just watching from the sidelines.”

As the director states, “Midnight Traveler” is an intimate production presenting this family’s migration story as a marginal part of a greater core.

Before setting off on the challenging asylum-seeking process of the Fazili family, the movie presents a daily conversation between Fazili and his wife Fatima while in Tajikistan. The couple talks about the ants swirling at Fazili’s feet while he is eating. Fazili says that they are living beings and have the right to live. As a person who believes in the sanctity of life, this scene made me think for a moment about migrants whose right to live is taken away from them and ignored by those who would call themselves civilized.

The couple must return Afghanistan after the Tajik government announces that they can no longer stay. Fazili tries to seek asylum as the Taliban has put a bounty on his head due to Afgan TV airing one of his films that paints a Taliban commander in an unflattering light. For this reason, Nargis Fazili, the couple's firstborn, says the film “is the story of a journey to the edge of hell.”

Fazili is a self-taught director and helps his wife, who could not receive an education, like many Afghan women, make her own movies. Although he comes from a traditional family where most boys were brought up to become mullahs, Fazili makes his own way in a different career path with Hussaini. They also opened an arts cafe in Kabul, a social gathering venue for open-minded people. However, due to the unstable security environment, the cafe was raided by police and boycotted by suspicious locals, leading to its closure.

Traveling from Tajikistan to Afghanistan, the family tries to go to any other country as soon as possible. Their route proceeds to Iran, Turkey, Bulgaria, Serbia and finally Hungary.

The family is not bothered as much during parts of their journey in Iran and Turkey; the audience even witnesses how Nargis enjoys the waters of Istanbul. Nevertheless, seeing their living conditions throughout this process is heartbreaking. When the family is in Bulgaria, conditions worsen. Apart from domestic problems, such as Nargis’ existential crisis due to boredom, the family is threatened by nationalist groups. The family decides Bulgaria is no longer safe and they have to change their location. At that moment, I started to wonder how Fazili could shoot all these scenes by himself. Surely, each family member takes a turn with the phone, but my key concern was how Fazili, as a father, could stand to record his family's misery.

While Fazili is clearly a caring, loving father, he immediately becomes just an observer when he holds the phone. He even confesses this at one point. When his toddler Zahra gets lost, he thinks about all the bad news they have heard about kidnapped children and is worried about her safety. However, he also thinks that if he searches for her in the bushes while filming and finds her corpse, this will be the most striking scene in the movie.

Fazili continues in his interview for Filmmaker: “I tried to make myself look strong, but I myself was afraid and didn’t know where to find safety. I was ashamed of myself that I could not do anything for them. I hated myself; I hated the cinema; I wanted to break the mobile phone and beat myself.”

After Bulgaria, the family took refugee in Serbia. Waiting for two or three years, they finally reached Hungary, where they were held in a transit zone more akin to a prison. However, despite all the barbed wires, the place becomes of sudden comfort as they receive news that their asylum claim has been accepted.

This true story of this fugitive family captures their vulnerability and resilience at the same time. After a while, the viewers leave behind the feeling that they are watching a movie, and the empathy that is established with realism confounds the psyche.