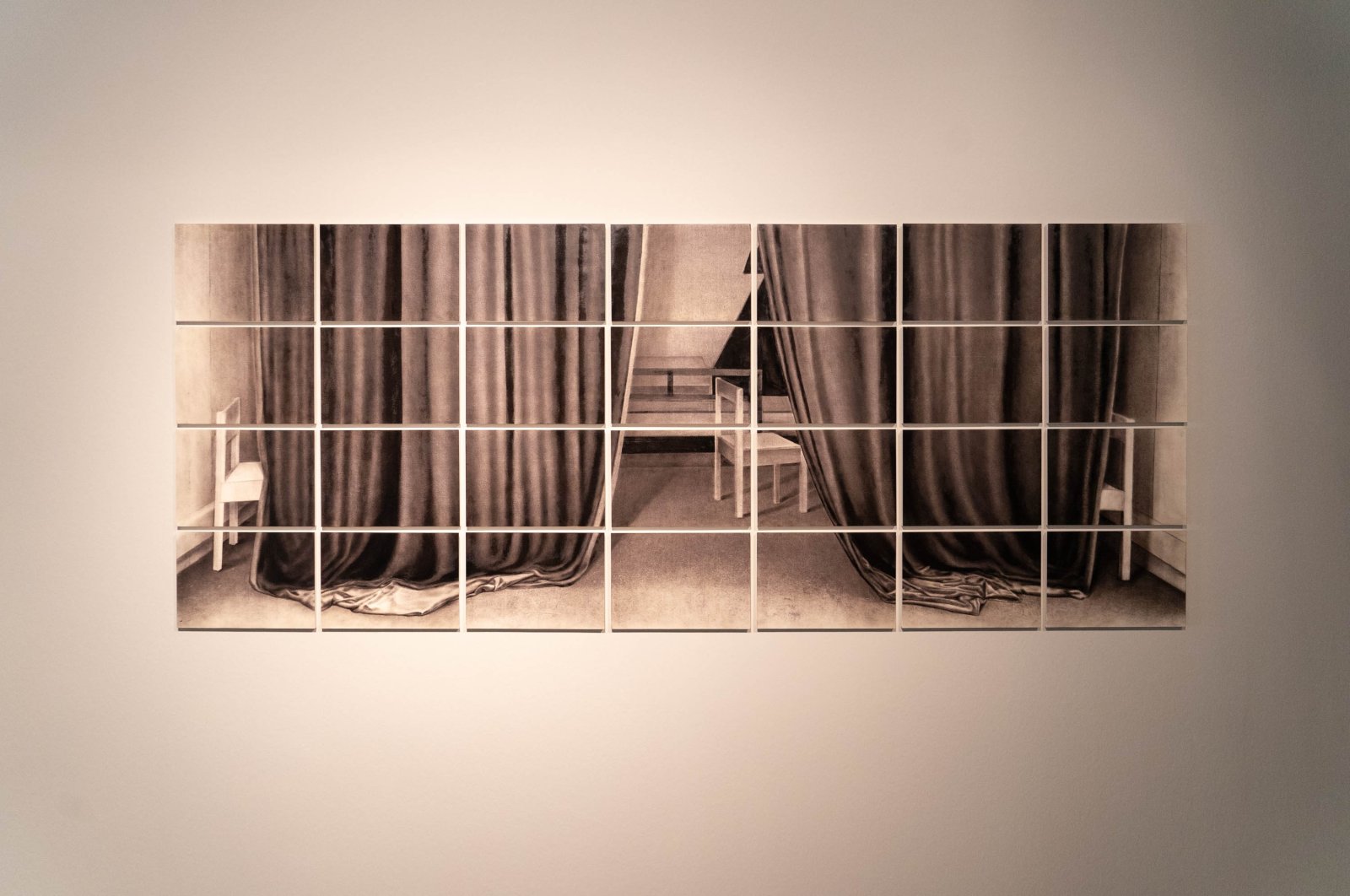 For its 38th 'Contemporary Artists Prize Exhibition,' Akbank has mounted an exhibition curated by T. Melih Görgün, showing the works of 16 young artists, encompassing a diverse spread of multimedia interactions

When an exhibition series is older than the artists it shows, that is a good sign for the local contemporary art scene. It means that there is a sense of tradition, not only in the veins of creative work but also in the heart that supports their regular pulse, toward a shared, living body of cultural expression. However, it is equally the curation of such exhibitions that delight in the spatial experience of novelty, an intervention of impractical invention, as it were, into the public domains of normalcy through repetition.

In his curatorial statement, Görgün defends the role of art as an integral piece of the puzzle that is human existence, from its humdrum commercial realms to the volatile emotional force of the mind. As he wrote, “the concept of artistic production,” he proclaimed, “is now a necessary component for organizing life.” And then, the curator looked toward history, referencing the Situationists of Paris, who in 1968 had premonitions of the primacy of the image, above text, and even direct perception, to the world order.

The ground splits and cracks where a mock earthquake rupture splays into a series of fragmented travertine, emitting light out of its lines of emptiness. It could very well be the model of a prehistoric, geological formation, as of the earth and its self-destructive tendencies. The piece, "Rah," a sculpture by Furkan Depeli, teases out the underlying fears over which Istanbul lives out its every breath, wondering when, where and how the tremor will occur along the fault line under the Sea of Marmara.

In contrast to the material qualities of Depeli’s sculpture, the hard yet breakable earth stands fragilely, while the stiffly unmoving tower of 118 compressed paper wads is held up with iron wire, fashioned out of the refuse of convenient consumerism. The installation, titled “Monolith for the Uncontrollable,” by Abdulvahap Uzunbay is an impressive construction, demonstrating the compact, transformability of perishable, consumer media. It towers from floor to ceiling, striping the spare interior of Akbank with the varicolored mark of recycled trash.

Into a seamless entrance

Beside the metal detectors set inside the doorway at Akbank Sanat at the end of Istiklal Street close to Taksim Square, a subtle and innocuous video by Delal Eken plays its 11-plus-minute duration over and over. The materials are listed in its name, “Light and Waste.” And it presents the familiar metal garbage containers on the streets of Istanbul, only lit from within with Christmasy shimmers of neon lighting. A man on a motorbike rides past, looking into its strange effervescence of color with a curious glance.

The dual effect of works by Uzunbay and Eken set an initial tone that is reminiscent of the lotus flower, as a spiritual metaphor for high, sunlit beauty emerging from the depths of underwater mud. The first hall, as curated by Görgün is decidedly raw in its visual aesthetic, evading all sense of symmetry, or anything that might approximate beauty to the eye. A sound installation by Diren Demir further patrols the perceptual round. “Beyond the Wall” relays the ambiance of a city playground, as children yell amid a pacific hum of birdcall and waving trees.

Yet, the palatability of the visible field shifts into the adjacent room where a piece by Elif Özen, titled “Facing Off,” is displayed. It is a mixed media work of 28 separate pieces collaged into one image of a curtained room. The hyperreality of its representation takes on a photographic dimension where each of the frames is divided into rectangular nodes. And its use of shadows captures and conveys the seductive enticement to look at what is unseen or uneasily seen from outside, particularly when set to a private, formal context of chairs, beds and curtains.

There is a consistent theme of disintegration throughout the show, curated according to Görgün’s vision to collect the pieces that have emerged from entirely different universes of personal expression into a fabrication of culture or a unified experience. The work of Özen takes on a special meaning when placed beside a like-minded piece by Engin Konuklu, titled "The Road" and comprising of nine pieces of acrylic on paper. There is a juxtaposition between the natural realism of Konuklu’s painting and its installation, hanging like photographic prints.

Over image and through

For her first off-campus exhibition, the artist and writer Rana Kelleci created a work that bears resemblance to the installations of Özen and Konuklu. Yet her piece "Repost" touched on themes of critical, social importance. Without words, she questioned the ways in which popular media exploits the public imagination. Her durational performance documented her painstaking efforts to develop an artistic practice, examining the objectification and transmutation of refugees as dehumanized and stereotyped into consumable instants of mass victimization.

According to the amount of time that people in Turkey spend on social media, Kelleci spent hours a day bent over her phone tracing the lines of faces and bodies pictured and shared from refugee camps, migrant routes and the policed borders of the world. Her work comprises well over 100 pieces of paper, lightly penciled with the unremembered traces of newsworthy and shareable grief, of unspeakable horror and systemic shame, reduced to a colorless surface of faded markings, distant and incomplete, cold as the metal and plastic of her smartphone.

Kelleci, who also writes for Istanbul art magazines, has a careful eye for the emotional potency of theoretical artwork. Like all of the artists at the 38th “Contemporary Artists Prize Exhibition” at Akbank, her art education informs her work. One of her professors at Sabancı University, artist Selim Birsel, also exhibits his pieces in Istanbul’s contemporary art scene, prompting flexible pedagogical hierarchies out of the public appreciation of their artwork.

An evocative parallel to the installation of Kelleci may be found in a video work by Yunus Tilen, titled “Immersion.” It is a heart-wrenching satire on the impersonal horrors of media-powered objectivity. Over a news clip reading, “Endangered baby dolphin dies after swimmers pass it around for selfies,” Tilen paints over the published photograph of the helpless creature, held up by a swarm of people smiling at the beach. The artist rehashes the dolphin into an angelic martyr, a baby crowned in gold and enveloped in a cloud-white wrap.