On bearable heaviness: A new film series by Pera Museum 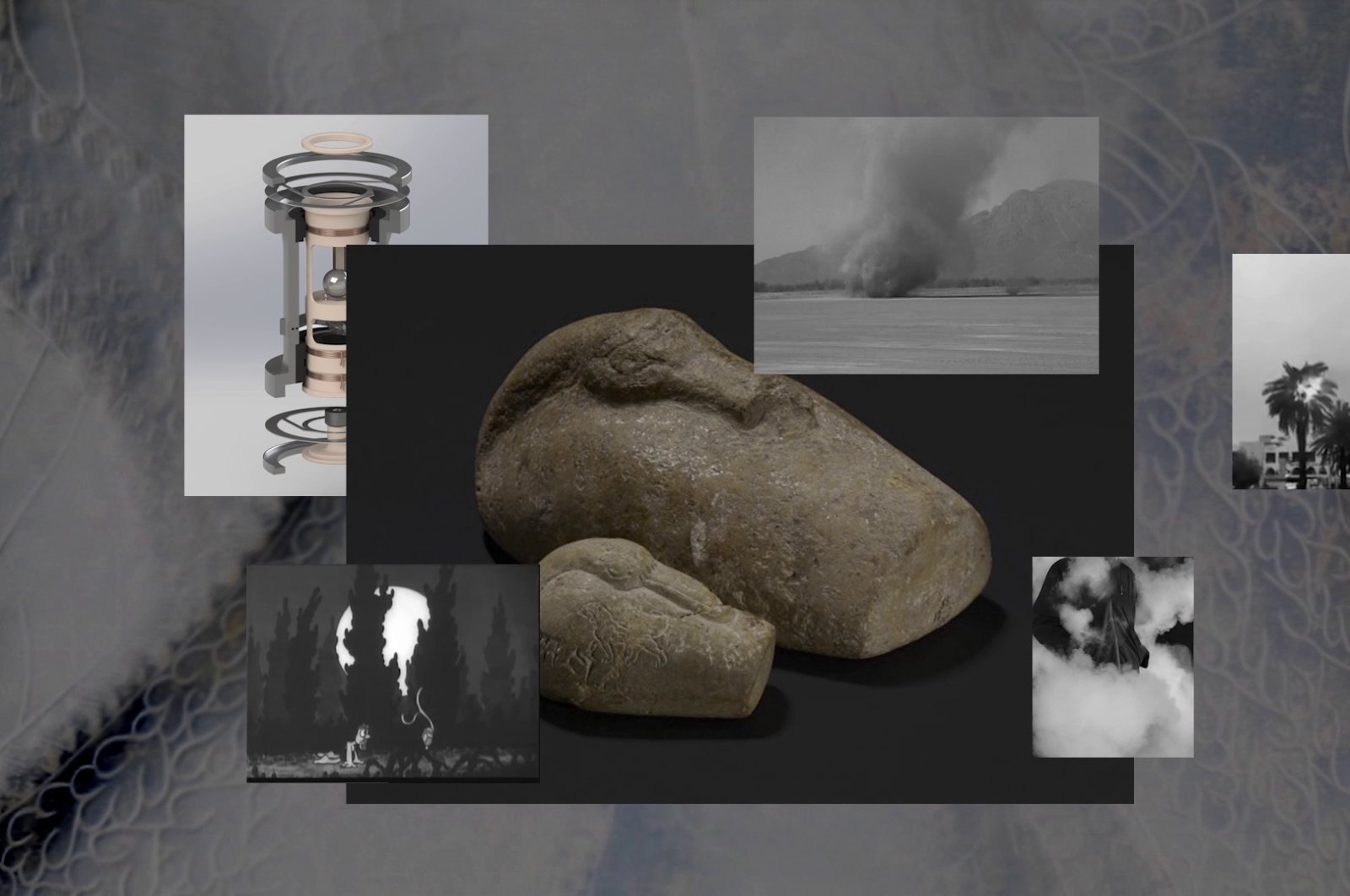 For its latest online film series, Pera Museum curated “Measure of Human” for remote appreciation based on the permanent exhibition, “Anatolian Weights and Measures Collection”, exploring four millennia of cultural and scientific history

In 1942, the U.K. was hard-pressed for a sense of humor. Even a subject as dry and obscure as a commentary on historical artifacts of scales from around the world, including animal-shaped metallic weights from the gilded valleys of Ancient Egypt or similarly practical instruments of expensive clear quartz mined in Brazil, prompted the British-accented commentator of "Weights and Measures Issue Title Weight and Sea" (1942) to make remarks about the vintage film’s female model.

By the end of the three-minute segment, pro-war propaganda ensued in the form of a joke. Despite its ill-timed cheekiness, the anti-Nazi, anti-Communist context of the film’s production is indicative of the pervasiveness of politics into the spheres of culture and domesticity, particularly during wartime. For all of its trimmings, the topic itself facilitates the communication of enduring experiential, functional knowledge, such as which household containers are best for weighing and measuring.

In the following decade, the color film entered the popular domain, and it became an apt vehicle for the realistic portrayal of people and material in daily life. Informative, short films like, "Weights and Measures" (1956) hold not only sensual perception to account, but also relay a narrative of an investigation into the illicit phenomena of tipped scales. A pair of plainclothes midcentury men from the Weights and Measures Department of London are inspecting a solicitor at Lewisham Market and they are scrupulous.

The narrator explains how seemingly humble workers of grocery stands in the open-air markets of the U.K. were oftentimes tricksters and would be frequently caught in snap checks, cautioned, fined, or imprisoned by snooping authorities. Such standards as "a baker’s dozen" were kept governmentally uniform, so as to record and identify economic progress and decline. This realization emphasizes the importance of physical quantification, its accuracy, like clockwork, as an integral, underlying principle of social order.

The idea of "short measure" and the homogeneity of glasses, bags and boxes of all kinds for serving and transporting goods between consumers and retailers are almost subconsciously reinforced by the humdrum exchange of quotidian commercial activity from factories and highways to restaurants and shops. The precision of weights and measures and the vulnerability of their instruments and receptacles is in direct correlation to the wear of time and history, with its technological paradigm shifts.

Frank Hill is bent and crooked, laboring with a meticulous devotion to his handmade millefiori paperweights. He is dressed like a worker, in a simple, striped beige collared shirt, rolled up to his elbows. Behind him, the industrial space glows, dungeon-like, unnatural, but beautiful for the varicolored products of the lonely, old man’s toil. Even in 1956, when the segment on Hill was filmed at the Whitefriars Glassworks in Wealdstone, London, the narration called his efforts "a fragile, but comparatively dead art."

It can only be speculated how alive Hill’s handiwork might be today. A Google search is not promising. "Paperweights" (1956) is a pithy, 2-minute film which deftly follows his humble subject as he manufactures, with rudimentary tools and mostly by hand, the decorative but entirely practical paperweight objects. Hill is essentially a practitioner of the glassmaking craft, soft art so to speak, which is said to have originated in France, circa 1845. In London, however, Hill represented an unbroken, multigenerational lineage of glassmakers.

Of greater historical interest, Whitefriars Glassworks is an atelier workshop of rustic, traditional smithery. When Hill stood before the cameras in 1956, its furnaces had been burning continuously since 1680, when the building was a monastery. Over carnivalesque music typical of outmoded British reels from the archives of the 20th century, Hill utilized unusual methods to perfect the making of his gleaming, translucent works. A wet newspaper puts the finishing touch on ornaments for mundane offices or even goblets for King George VI and Queen Elizabeth II.

In chronological order, the archaic film selection by Pera Museum for its series, "Measure of Human," leaps to 1958 with a segment called, “Modern Scales." The overly colorful voice of the narrator sounds like an attempt to make up for its relatively sterile theme, surveying the ultra-precise means of analog analysis which form the basis for systems of barter, exchange and trade. A bespectacled laboratory scientist scrutinizes minutiae of levers and pulleys to accurately measure dust particles to a ten-thousandth of a gram.

Uplifting orchestral music is set to the painstaking efforts of a crime detective carefully sifting through ash taken from the clothing of a suspect. Within that frame, the exact weight of evidence can be used to trace its origins. Landing a punchline at the end of "Modern Scales," the old-fashioned British productions come to their conclusion, and Pera Museum’s series, "Measure of Human" then follows more contemporary perspectives, from 2013 to 2019, with a three-part documentary and two artist interpretations of standardized, physical calculation.

In Katherine Behar’s seven-minute video, "Cloud Profiles: Weightless Measures," a reclining human figure is opaque, grey as granite, and turns, still, within a computer imaging field. Alongside and permeating the contorted body is a more digital incarnation, aura-like, paralleling its anatomical shape. An eerily ambient soundscape plays, fuzzy and vibrating with unearthly tones. As a third semi-abstract physique glides through the virtual space, like a sunken ship falling in slow-motion to the seafloor, its surface has a rusty texture.

Across the screen comes the presences of what Pera Museum’s curatorial statement referred to as "an amorphous, innocuous nonentity." These bewildering imaginary objects inhabit a shadow-realm where perception is suspended in a kind of anti-gravity environment, essentially an expression of the pseudo-physicality of data, which is to be understood as the latest manifestation of weights and measures. The piece first appeared at Pera Museum in 2016 as part of Katherine Behar’s solo show, "Data Entry."

The music to Nicola Lorini’s video, "For All the Time, for All the Sad Stones," bears a fuller dimensionality. Its metal-born melodies are suffused with sweeping string sections and electronica infusions of escalating scalar modes. The piece came from sculptural installation, set in the fall of 2019, including sand, silicone, and deer bones. Like Behar, Lorini also mused on the idea of the internet as a numerical domain which subsumes and transcends material existence into bewildering cerebral weightlessness, with aberrant effects on time and history.