On history and archives: Protocinema in New York 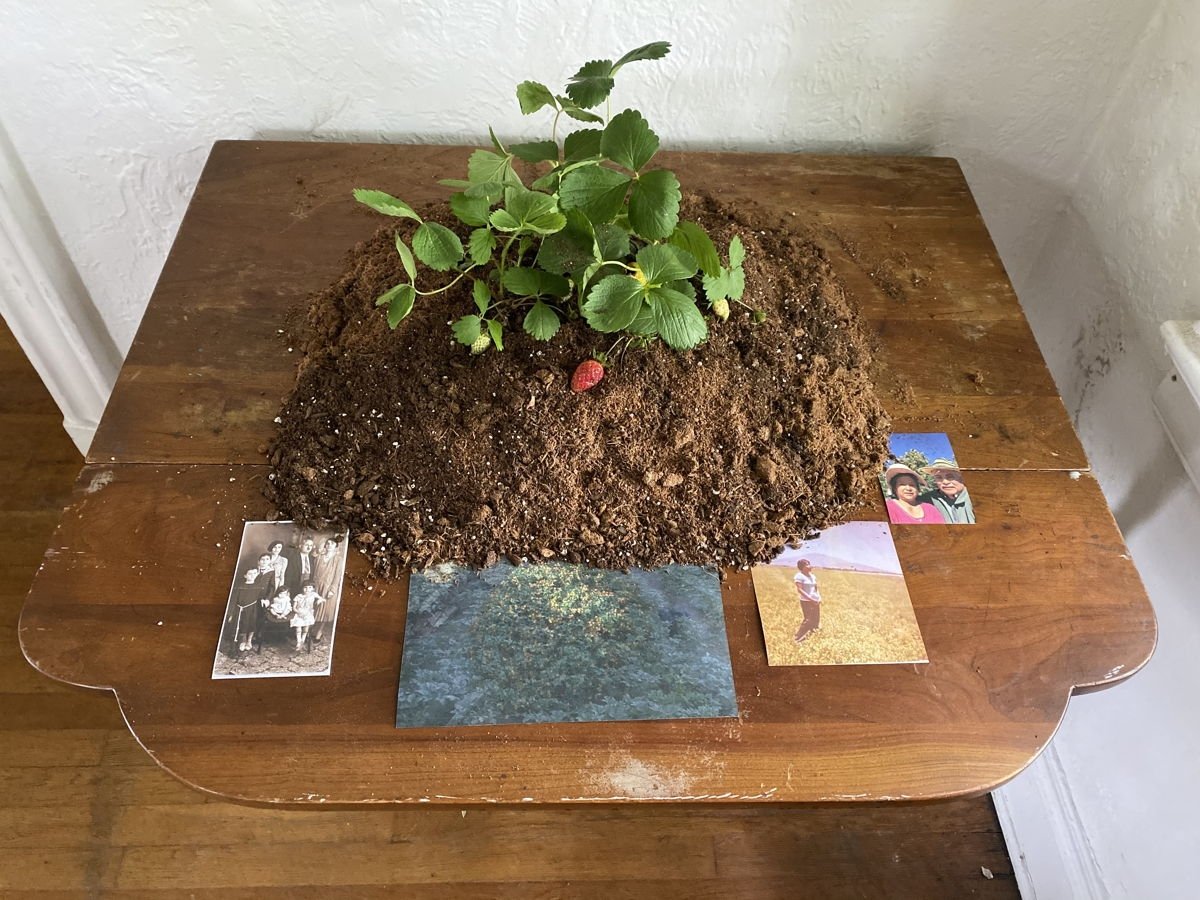 Governors Island is emerging as a nexus for art lovers in the Big Apple, especially as the Istanbul-based international collective Protocinema exhibits their show, ‘A Few In Many Places' in collaboration with the Arab Image Foundation

There is a lane of houses on the balmy, tree-lined streets of one island among an archipelago on the Atlantic coast where high-ranking U.S. military officers once resided between staging their far-flung campaigns that rocked the entire planet with the mark of stars and stripes. It is called Colonel’s Row on Governors Island, a terrain that is fast becoming an epicenter in New York City for new crops of cultural and ecological initiatives. Among its intellectual fare is the American part of a multi-city exhibition by Protocinema, spanning the globe from Seoul to Bangkok, Santurce to Guatemala City and back to Istanbul, where the nomadic contemporary art collective is based.

The house, precisely 410A, is a characterful historical specimen itself, dusty, yet preserved, the ambiance of its former residents somehow intact in the musty air that swirls with the dust of domestic comfort, worry encircled by thoughts of war. And outside its bucolic facade of wood-paneled, brick-lain modesty, a flag flaps steadily in the calm oceanic summer wind, only it is not Old Glory, but that of Protocinema, and the title of the exhibition, written in Armenian, “A Few in Many Places.” It is the work of independent curator Lila Nazemian in collaboration with members of the Arab Image Foundation (AIF), Vartan Avakian, Kristine Khouri, Yasmine Eid-Sabbagh and the welcome inclusion of Mexican-American artist Jesus C. Muñoz.

Inside the quaint, quiet home, there are images posted on the worn walls, the paint of its surfaces chipped, exposing the passage of time, aging, which affects the living and the seemingly inanimate equally. That universal, natural phenomenon, which might be fancily termed senescence, or deterioration over time, essentially makes material vulnerable, not just as concerns its ultimate disappearance, but considering how its memory is kept, handled and remembered while it still retains presence, and echos with legacy. New York City’s chapter of “A Few In Many Places” is a profound, multimedia comment on the sensitivity and significance of personal archives against the consuming tides of ideological national politics.

The installation is delicate, punctuated by used furniture, retro chairs by the fireplace perhaps gleaned from a flea market, their untarnished mahogany patina gleaming in the daylight that filters in through the windows. On one side of a wall, the backs of photos are tacked up above faintly penciled paragraphs, detailing their history. One such piece is dated to 1924, from Jerusalem. It was originally in the possession of a man named Johannes Krikorian. The handwritten wall text describes the portrait, as the man appeared to be “worried,” “pensive,” his gaze off-center, and that the photo itself looks to have been folded and fit into multiple wallets, pockets and palms throughout its long years.

On the side of the wall where Krikorian stares amiably through that rectangular portal of time known as photography, he is tightly suited, bespectacled, a gentleman of Old World dash. Yet, that it is part of an identity card, and as the curation points to his worried appearance, there is an underlying psychological state of uncertainty at play, like a folk history only partly told, edited, as it were, by the overshadowing enigma of authority. There is also no text beside the full exposure of the portrait, and other images are posted beside it, such as a lone woman in a traditional skirt, her head shawled, the photo retouched with color evoking the early 20th century’s fascination with new image technology.

The relationship between text and image is carefully conceived throughout the show, where, for example, after participating in the Practitioner-in-Residence workshop at NYU’s Hagop Kevorkian Center for Near Eastern Studies, Muñoz integrated into his piece, “Strawberry Flesh” (2021), a poetic exposition on the coordination of body and mind, as a metaphor for the imagination, sourced in shared movements across continents. In the context of his installation, “A Few In Many Places” is a demonstration of solidarity with respect to minority narratives as they have run the gamut of modernism’s failures to accommodate multicultural pluralities in the name of humanist individualism. Embodying themes in Chaghig Arzoumanian’s 2016 film, “Geographies,” Muñoz retraced the Mexican-American experience.

The relatively prosaic photographs and texts near the front door of the historic house wrap around toward the installation of Muñoz, which centers around a pile of dirt with a living strawberry plant entangled in it surrounded by images. In an adjacent salon, the works of Vartan Avakian are more abstract, as the videographer and sculptor explored the roots of photography with a shrewd eye for its slightest emergence. The body itself is dematerialized, transformed and fragmented by modes of imagistic representation. “Suspended Silver” (2015) is a large-format visual piece that conveys the introspective sensitivity of film as comparable to particles of soil, or the fickleness of memory.

“Suspended Silver” is the visualization of archives as data, their reminiscence bursting across a landscape, a surface, a sight. A medium, then, is not just the message it projects, but an emotional sketch, in the form of remains, debris. The authoritative linearity of archives in the hands of programmatic national history, then, becomes unnatural, nothing more than a contrivance of late modernity’s undead rattling. The contemporary multimedia landscape is a galactic garden of loose ends and dangling threads that, left untied, speak of a more human embrace with reality as unpredictable as a dream, interconnected and narrative in ways beyond that of a heroic personality cult and its tribalistic sense of monolithic belonging.

To accompany the exhibition “A Few In Many Places,” Protocinema published an edition of their “Protozine,” which instills the fervor of their exuberant internationalism through collectivization and timeliness in the art world, with an especially critical grasp of the past, where extant, and its unfading urgency among national communities braced with the task of confronting a conflicting complex of imposed and internalized identities. One text in the Protozine issue, titled “Hands Doubt Moon (1.),” is the result of collaborative writing with Kathryn Hamilton, Deniz Tortum, Zeynep Kayan, Jorge González and Mari Spirito.

There are scintillating lines drawn from Zeynep Kayan’s video, “from one one two one two three” for the group text. They read: “We have to continue what we aimed to start, while we are conscious that nothing is ever certain and nothing ever has integrity.” Adapted from a reading of Thomas Bernhard’s 1978 book, “Yes,” it is a moving evocation of the repetitions of history and the simultaneity of their presence. And, arguably, nowhere more so than in the contemporary art field does this become so glaringly apparent, as the instantaneity and multiplication of shared media unfold to bridge the emotional backdrop of humanity’s mutual striving throughout history clearest, and at once most distorted.