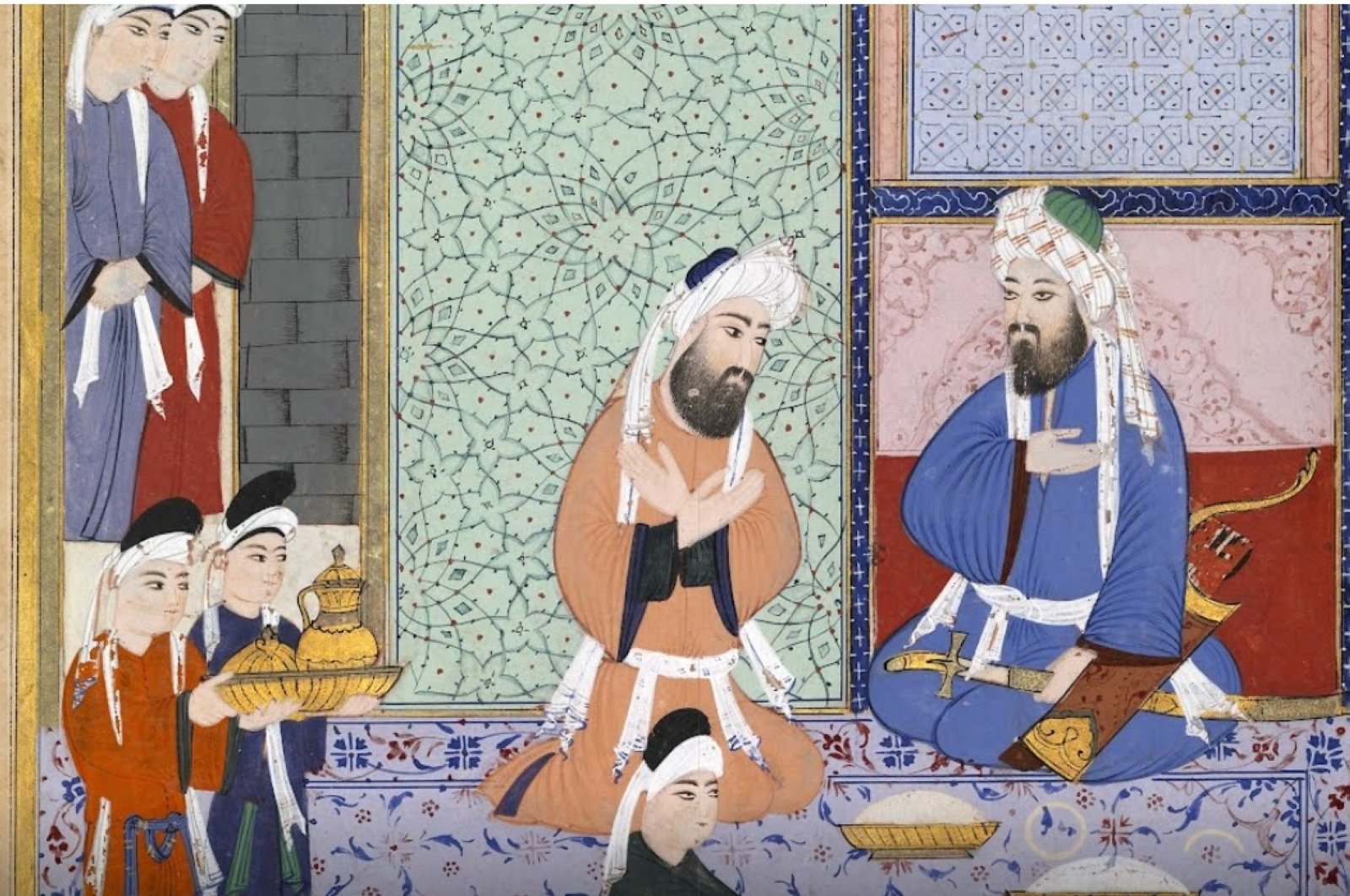 For one of its online exhibitions, the Museum of Fine Arts, Houston has curated a selection of historical works from its stunningly diverse trove of Islamic art, including many works of Ottoman Turkish origin

With an astute eye for collections, after roaming tirelessly through biennial galas for the past 13 years and running, the Museum of Fine Arts, Houston has added some invaluable art history treasures to one of its more unique departments, that of the "Art of the Islamic Worlds."

For its 10th anniversary in 2017, the department’s curators assembled their highlights, currently on view via online exhibition, encompassing the epochal breadth of multicultural invention that has been refined and cultivated since the seventh century with religious zeal.

The very first specimen, glorified by interactive photography and detailed texts, is a ceramic bowl labeled, “A Galleon at Sea,” attributed to a Turkish ceramicist and dated to the first half of the 17th century. There are oversized, perhaps mythological spirit fishes that float beneath the hull of the centered image of the craft, their red eyes and green gills flashing in the gleaming, aquamarine paint that matches the sails of the elegant three-masted ship. The venturous exhilaration of embarking over the wild deep is conveyed visually with lively, animate grace.

The digital curation by MFA Houston quotes from “The Seven Voyages of Sinbad,” torn as from the pages of the Arabian Nights, wherefrom the tale derives. It speaks of a parallel theme to that of the art collection itself, only couched in the swashbuckling milieu of old, where a proud and trailblazing merchant sets off from Baghdad, their watercraft bulging with precious fortunes of creative industry from one of Islam’s easternmost bastions of cultural fruition. But a storm knocks them off their path and changes their fate, one might say, to Houston, Texas.

The symbolism of the ship has spiritual potency but in a more practical sense, illustrates the means by which peoples traded their fine arts and aesthetic ideas, toward a pedagogy of traditional handwork and its relation to such undying worldly themes as beauty, devotion and power. Like the airplane today, the seafaring vessel indicated to the eyes of yore the international logistics of premodern interconnectivity, from port to port, where people and objects, goods and thoughts intermingled liberally and appreciated by their movement.

An anonymous artist or group of artists manufactured “A Galleon at Sea” in Turkey’s Iznik district in the western province of Bursa, famously one of the fastest beating hearts of material creativity in Ottoman times. The designs are a fusion of styles, which Turks inherited from the Chinese, particularly apparent in the swirling patterns of waves, which look like scrolls, a direct quote from Ming porcelain. Also, the boat itself reveals, to expert analysts, elements of Ottoman and European shipbuilding, exemplifying the busy waters that washed up against all lands once under Istanbul’s sway.

Between Sublime and Eternal

One piece at MFA Houston is a plate molded to a concave shape called “tondino,” after the Italian form, with its wide rim and semicircular cavetto. The annular whorls were not merely aesthetic, however, but were, as the curatorial statement confirms, a measure of scientific accomplishment, derived from research into the proportional compatibility of each special work of pottery.

Yet, the “Tondino” piece at MFA Houston, dated to the first half of the 16th century, retains its attractive charms, as the constellation-like cartographic patterns mused on the sweeping imperial signature of Suleiman I, aka Suleiman the Magnificent. Similar ceramics, such as from Safavid Iran and early 13th century Persia speak of shared histories, albeit through altered perspectives and varicolored lenses of technical and imagistic distinction. Aimee Froom, curator of the museum's "Art of Islamic Worlds" section, discussed the context of inscribed Persian lustreware.

“There are actually inscriptions of Persian poetry as well as blessings in Arabic. This is typical of Kashan lusterware to include a form of blessings usually to the owner, and longer literary texts in Persian,” Froom relayed over a voice recording as part of the online exhibition. “This really suggests a degree of bilingualism for the makers of these ceramics, as well as the consumers, a highly literate society. Kashan is a city in Iran. This is where there was a great center for lustreware production.”

Although divided throughout their histories by the often shifting, embattled borders of their respective empires, Persia and Turkey enjoyed mutual sparks of highly imaginative works in the fields of ceramics, glass, ivories, metalwork, textiles and illuminated manuscripts. Oftentimes these diverse approaches to the plastic arts commingled. The piece, “Tile with Shahada,” emerged from the ateliers of Damascus in the 16th century. The circular, calligraphed ceramic represents the transmission from Mamluk to Ottoman cultural production.

So as not to appropriate the greater contexts for which these historical pieces were originally created, MFA Houston noted how the “Tile with Shahada” would have been used to commemorate landmarks and buildings. But going further, the online exhibit invites viewers to peruse the interior of the Sokollu Mehmet Pasha Mosque via a virtual, 360-degree walkthrough. The seamless integration of ceramics like “Tile with Shahada” is clear, intricately embellishing the turquoise walls of the Muslim sanctuary built in 1571.

Art historians in Houston, Texas preserved an early Quran, dated to 718 AH (1318 AD), from Morocco. Houston-based curator of the “Art of Islamic Worlds” collection, Froom, speaks of the cultural value of the piece for its comprehensive colophon, essentially a descriptive page listing the names, dates and places of production, a rare find for an illuminated Islamic manuscript scribed during the late Medieval era, from North Africa no less. Its Maghribi script and geometric decoration mirror the design genius of all fine Islamic art.

Arguably one of the more cherished works of manuscript art at MFA Houston is a folio from a religious epic narrating the life and death of the Prophet Mohammad. It is titled, “Siyer-i Nebi” (“Life of the Prophet”), first composed in the 14th century by the writer Darir and later bankrolled by Sultan Murad III 200 years later, resulting in six volumes overseen by the Turkish calligrapher Lütfi Abdullah. Surrounding the Arabic script, the gilded page frames the scene of a feast, as two men genuflect seated in robes and green turbans.

The first, second and sixth volumes of the 1594 commission by Sultan Murad III are still held in Istanbul at the Topkapı Museum Library, whereas the other parts are scattered between New York and Ireland. The fifth volume remains lost. With the aid of MFA Houston's technology, admirers may gawk at a digitized version of the work through photo-real augmented reality. It is almost like beholding the priceless manuscript itself instantly anywhere. The miniature painting represents an apex of creative wonder which continues to inform Turkish artists today.