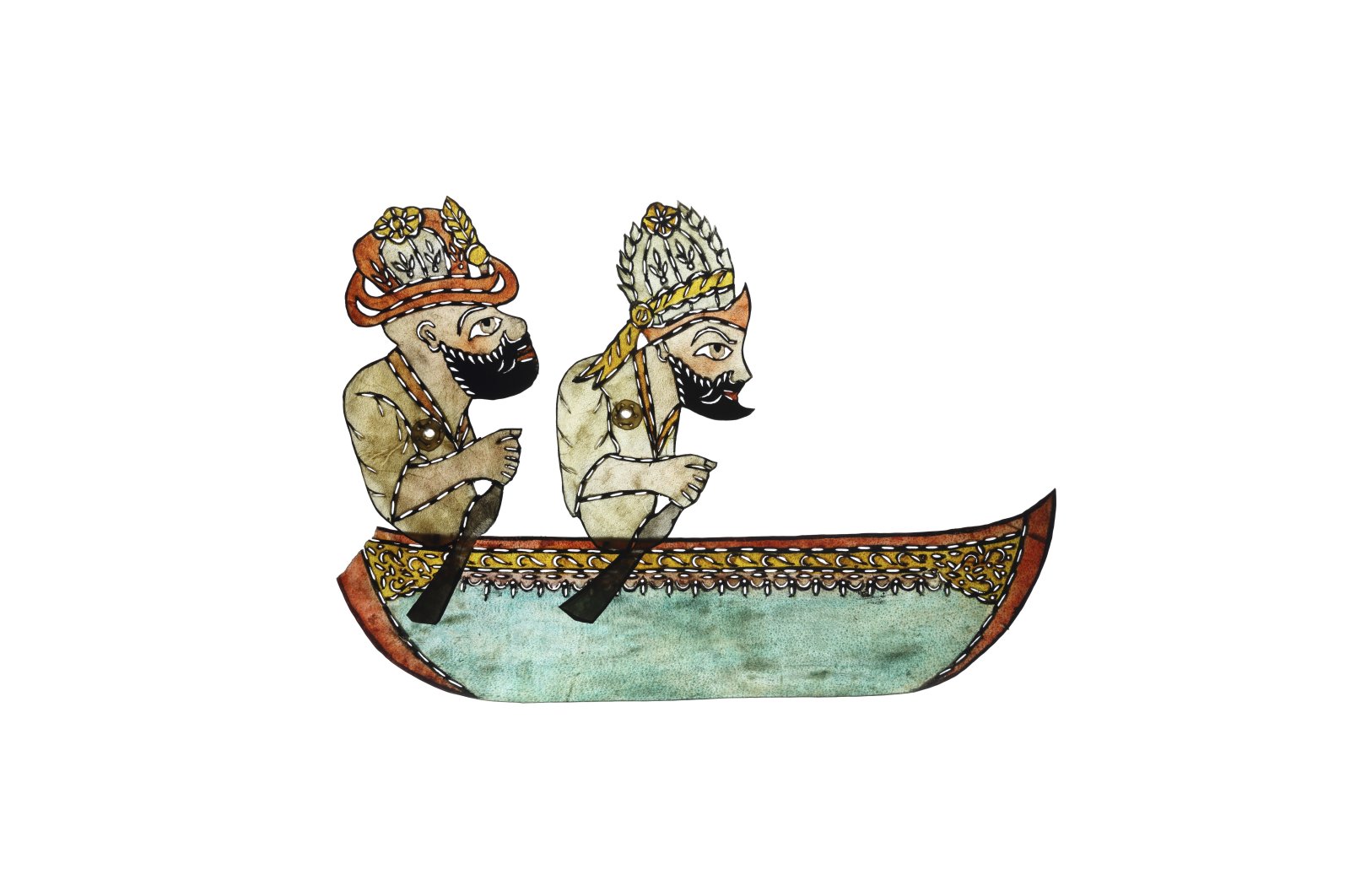 A new exhibition in the heart of Istiklal Street, displays the legacy and continuity of the shadow theater, an art traditional to Ottoman and other world cultures, that spans a fascinating breadth of comparative histories

Since 1992, the Yapı Kredi Museum has preserved the collection of Karagöz shadow puppets that were the prolific invention of master craftsman Ragıp Tuğtekin, who in the 1930s, conceived of countless unique figures. A selection of 187 pieces from this acquisition, originally purchased from Tuğtekin by Yapı Kredi Bank in the 1950s, is now on display at the newly opened multi-floor exhibition venue of the world-class institution on Istanbul's famous Istiklal Street.

Tuğtekin based his theatrical creations on humans, animals and supernatural beings from the rich treasury of Turkish and Ottoman folk tales. Unmistakable characters from such beloved and overplayed yarns like “The Muddleheaded Nightwatch” ("Aptal Bekçi") are backlit across curated walls that tease out the nostalgic ways in which these stories were told, as seen with handmade visualizations.

The craft of making Karagöz figures requires a knowledge of how to procure, engrave and dye leather tanned from camels, cattle, ox or any equivalent known among those colorful minds who had the downtime in bygone eras to amuse themselves and their closest kith and Tuğtekin had a peculiar talent for the outmoded skill. Karagöz, which means “black eye” in Turkish, recalls the long nights of premodern, live entertainment prior to today's screens.

Whether on pleasure trips to the canals of Kağıthane, at the waterfalls of Yalova witnessing a “reverse marriage” or any other variety of animated happenstance at public baths, gardens or poetry contests, Karagöz conjures up a multitude of reincarnating personage, like a trickster of the East come to claim the hearts and minds of those who, enshrouded in shadow, might imagine the remaking of the world.

The cinematic theater of Karagöz drove medieval fantasy into the role-playing archetypes of early modernism, and all with a sense of humor. The tarot card of the fool looks straight ahead as they step into the future, one foot over the edge of a cliff, fabulously ignorant. In like manner, Karagöz, in the guise of “The Muddleheaded Nightwatch,” for example, exudes the mundane bliss and mortal curiosity of being one so caught on the stage of life.

Tuğtekin could wield a nevreğan like none other. A nevreğan is a special knife used by makers of Karagöz puppets, which is used to carve the shape and facade of each distinct figure. “The Muddleheaded Nightwatch,” as exhibited in the first of several contiguous spaces at the YKY Arts and Culture Center, is suited in a kind of plaid overcoat, booted in plain slacks with a tasseled fez. The bearded man looks one way and walks the other, oblivious, unfit for his job.

Surrounding him are a motley cast, among them gothic emanations of the antiquated Ottoman imagination, including lipsticked dragon-riders, clog-wearing demons, fancy soldiers, Black Sea fiddlers and country dancers. There are also samples of Tuğtekin’s equally evocative ventures in scenography, as he had a fresh eye for floral arrangement and architectural integrity.

Within the sequence of dim rooms, in which paragraphs of text shine out with white light from black walls, a sketched picture of the Ottoman coffeehouse depicts a timeless scene in which a gathering of men, young and old, sit on the edge of their seats, laughing and jeering before a curtain. It presents the audience as the show, perhaps an industry secret for those who are backstage with a mind for production.

An elderly, robed gentleman draws from his narghile beside a trio of men enjoying a couple of cups of Turkish coffee. All are smiling under their fezzes. A few men do not wear hats, likely a nod to changing, turn-of-the-century mores as Western influences took hold. Yet, sharing appreciation for the Karagöz theater, everyone present enjoys the wholesome cheer of an event that their grandfathers likely taught them to love.

From the 16th to the 20th century, Ottoman coffeehouses doubled as theater venues, where oral storytellers and traveling minstrels vied for attention among steaming cups of caffeinated revelry. The YKY curation, by Cengiz Özek, also places in context the ephemera of printed material that accompanied these circles of cultural production and their broadcast, whether by word of mouth or through periodicals, posters, matchboxes and into digital media.

Among the ephemera that Özek curated are intriguing finds that embolden the current show by aligning with past efforts to preserve, celebrate and bolster Karagöz theater, which earned its place on UNESCO's list of the world’s Intangible Cultural Heritage. In the winter of 1970, Yapı Kredi Bank mounted a Karagöz exhibition. The brochures, on display, are remnants of an older remembrance and next to the vinyls and videos, two hand drums recall lost times.

The manual technology that went into producing Karagöz theater acutely focused on each figure, an all but extinct art of shadow, or two-dimensional puppetry. Tuğtekin would have known how to select the finest strips of translucent leather and then how to pelt, cut and dye them using painstaking methods and natural ingredients. Their colorants, preceding industrial intervention, were sourced from turmeric, woad, indigo, hibiscus, cochineal and walnut bark.

After acquiring, grinding and applying yellows, blues, reds and browns from roots, Tuğtekin would fix them using alum and gum arabic. The magic that went into creating Karagöz figures, however, emerged as more than the sum of its parts, as truly it was an art that went back to the fourth century B.C., according to a 1968 study conducted in the Altai mountains by researcher Nurettin Sevin.

Apart from the figures themselves, arguably the crux of the YKY show, Karagöz is nothing without the shadow screen. Its metaphor is that of a mirror, fashioned to the effect that audiences are spellbound by their own image looking back at them. From this psychological environment, the skeletal forms of Karagöz figurines move and speak in a primordial language that is at once childlike, and ageless.

With a profoundly comprehensive span of historical research, Özek curated a singular exhibition on the art of Karagöz, challenged by its anachronistic burial society of nostalgists typecasting its characters, stories and humor under a hoard of post-Ottoman Turkish cliches. YKY took a more holistic route, unearthing the origins of Karagöz from the blacksmith shops of 14th century Bursa before touching on elements of surrealism.

The show’s international focus is as laudable as it is extensive. The incarnations of Karagöz in North Africa, Greece, Cyprus, Egypt, the Levant and the Balkans are only the beginning of untold sagas that, both in the fictions of Karagöz and in its real-life counterparts, span the fabulist epics of China, India, Persia, Indonesia, Thailand and Cambodia. From the collection of Özek, shadow play figures from Southeast Asia whisper comparative art histories.