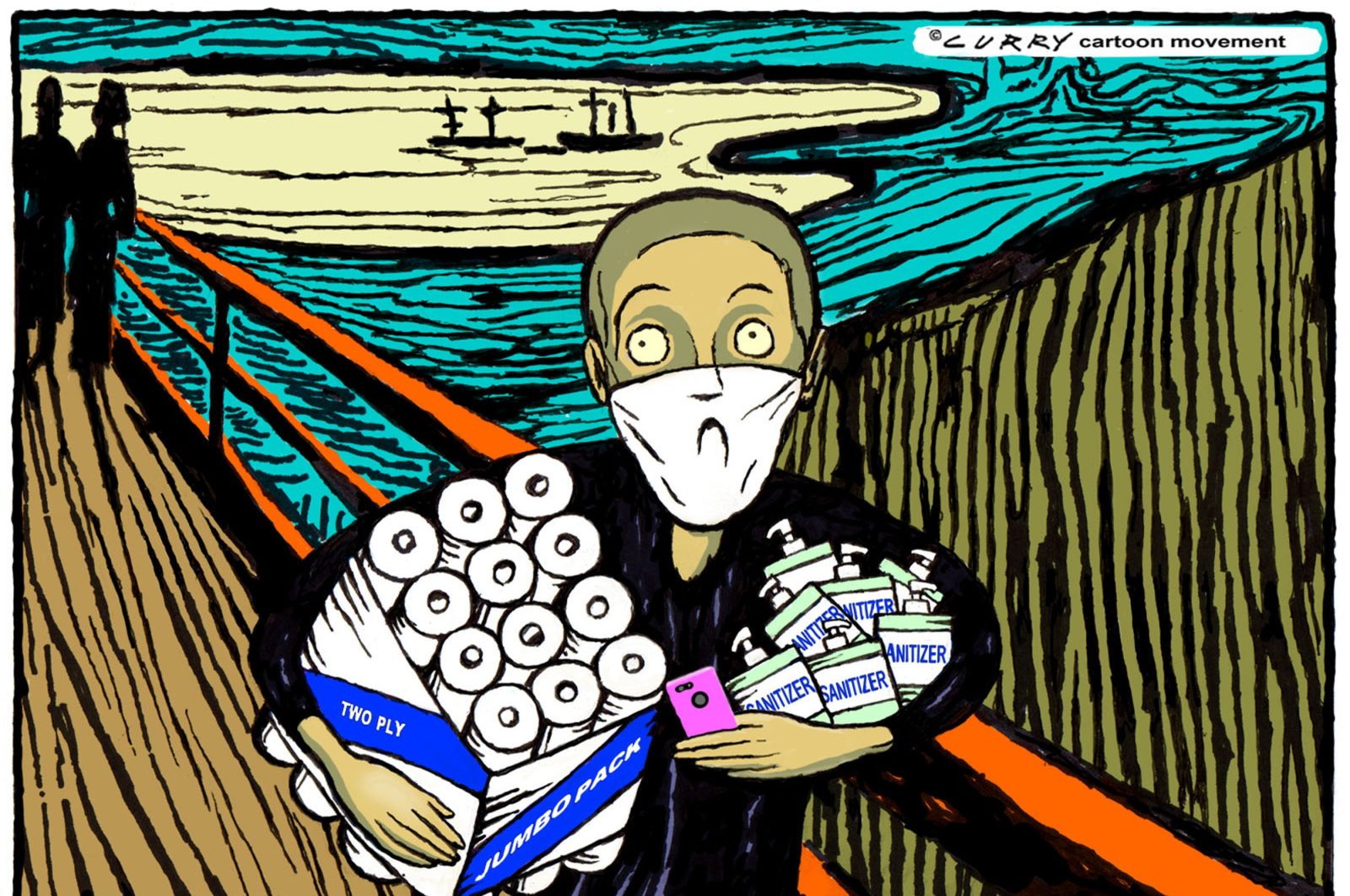 'Covidoscope,' a digital memory work created with artworks produced after the coronavirus pandemic took over the globe, features artists from more than 40 countries

Yunus Emre Institute’s (YEE) "Covidoscope" project, which mirrors the emotional and artistic expressions of the COVID-19 crisis, has been presented to visitors on the internet in Turkish, English, Arabic and Spanish. The "Covidoscope" collection consists of works produced and released by artists, institutions and entrepreneurs from various countries, including Turkey, the U.K., Russia, Germany, India, Australia, Mexico and Iran, during the coronavirus pandemic.

The pandemic brought unexpected experiences to all of us. Threatening the health and well-being of individuals and societies, it also triggered various significant transformations in both the private sector and the public domain. While people spent more time indoors, they had a chance to look inward. There was an accompanying increase in artistic expressions of how people felt. YEE brought together this creative output in its “Covidoscope” project to form an emotive diary of life during a pandemic. This "digital memory" produced through art assembles a selection of the outpourings of feelings spanning from the very first days of the outbreak.

Among the advisers of the project are Tiffany Watt Smith, the author of “The History of Human Emotions,” historian, translator and author Saadet Özen, and psychiatrist and professor Kemal Sayar.

While this cultural inventory offers an open-source archive opportunity to all people in the world, new creations will continue to be added to the collection.

The "Covidoscope" collection can be visited on the project's website. Viewers will be able to draw a path for themselves in the galleries, which are arranged according to emotions and themes, by determining a route on the world map.

Refreshing memory in age of forgetfulness

Speaking to Anadolu Agency (AA) about the project, YEE President and professor Şeref Ateş said that the name of the project was inspired by kaleidoscopes and expressed that they want to show the pandemic period through a special lens.

Emphasizing that they want to mirror the pandemic period through the perspective of emotions and art, Ateş noted: “The kaleidoscope reveals a colorful and harmonious image with the reflection of mirrors on each other. This time, a colorful and harmonious view is formed thanks to artists who hold a mirror to their own souls and surroundings to overcome this challenging period. We want to reflect this view with 'Covidoscope,' share goodness and beauty and increase hope and solidarity. Examples from a wide range of art branches, different initiatives demonstrating the unity and solidarity of people, new approaches to sustaining art under limited circumstances and various perspectives are included in the 'Covidoscope' selection.”

Sayar, one of the advisers for the project, stated that humanity has revealed its imagination and its ability to hope during the quarantine days when all humans gathered around a common destiny, adding: “We, humans, may not be able to choose the events that happen to us, but we can choose how we react to those events. 'Covidoscope' refreshes our memory in an age of forgetfulness and whispers that we still have reasons to believe in human goodness in an age of despair.”

The "Covidoscope" collection includes works from more 40 countries in addition to Turkey in different sections. For example, the story of the episodes of the TV series "Jet Sosyete" (“High Society”), written by and starring Gülse Birsel, which were shot under quarantine conditions at home during the pandemic, are addressed in the "Hope" and "Goodness" galleries of the collection from the perspective of solidarity through humor. In addition, the collection includes the remarkable masked works of Resul Ertaş, Ertan Atay and Gülnihal Küpeli.

The dance performance by Turkish actor Fırat Çelik, who lives in France, together with his nephew Ozan in quarantine in the garden of their house, which attracted great attention on social media, is another Turkish production in the "Joy" gallery of the collection.

"Covidoscope" has also dedicated a special place to the acts of aid, solidarity and goodness, examples of which have become common during the pandemic. Initiatives and activities in this direction are considered aesthetic expressions and have been added to the collection. In this context, the private support kit campaign launched by Yeryüzü Doktorları Derneği (Doctors Worldwide Turkey or YDD) during the pandemic can be seen in the “Kindness” gallery.