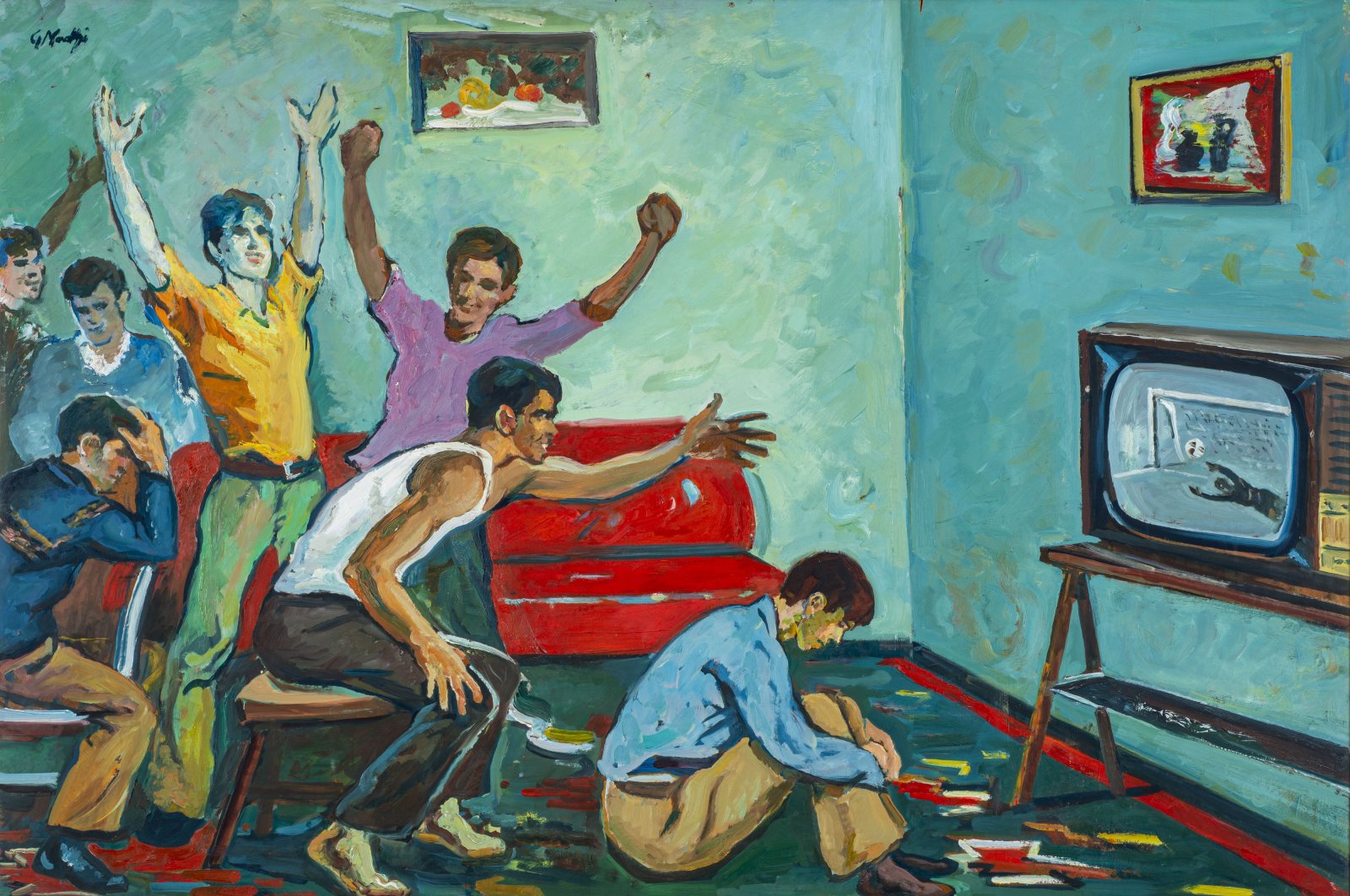 The exhibition 'Constructing a Dream: Socialist Realism in Albanian Art,' at the Pera Museum, introduces viewers to the facsinating state-dominated period in which social realism dominated the Albanian art scene

While exhibitions centrally serve to make art public, the work they feature often gives little insight into the artists themselves. The Pera Museum's latest exhibit, “Constructing a Dream: Socialist Realism in Albanian Art," however, invites one to explore the world and mindset of the artists just looking at their brushstrokes. Meanwhile, it also offers a chance to trace the history of a nation along with presenting the individual perspective of its artists.

Albania, following the Italian invasion in 1939, was occupied by Nazi Germany in 1943. The Communist Party led by politician Enver Hoxha launched a resistance movement in the country, which ended in the communists taking power within a year. The Pera Museum’s latest show explores this period of Albanian history with various important artworks.

While economic and political changes highly affect a country in many ways, they are also indispensable and become influential in terms of arts and culture. It is only natural then, that the socialist period of Albania's history was reflected in the country’s art. In this process, which lasted nearly four decades, socialist realism dominated arts, literature and almost every other field of cultural life. In the second half of the 20th century, the state controlled most artistic creativity and productions.

“Constructing a Dream: Socialist Realism in Albanian Art” offers a chance for visitors to become familiar with the culture and identity of Albania, which has long been isolated from the rest of the world. As socialist realist art belongs to the proletariat, working-class people and mostly depicts the people’s everyday life scenes, enthusiasts get the opportunity to witness the daily life of working-class people, alongside portraits of the Communist leadership, representations of the regime and a utopian approach to coming generations.

The showcase, which comprises of paintings, propaganda and film posters, clothing designs and children's’ books, exposes the changes that took root in Albanian society through partisan warfare and resistance, the defense of the motherland, national industrialization, social life and sports.

Realizing dreams via the arts

At the entrance of the museum, Guri Madhi’s “The First Conference of Peza” painting beckons visitors inside and depicts former leader Enver Hoxha surrounded by peasants and Albanian fighters. The painting gives an idea of what kind of exhibition is in store. Madhi’s other works are dedicated to supporting the goals of the state, with two proud and powerful looking male-female figures in party uniform as part of his work “Two Partisans” with implications of a bloody war set in the background. A similarly hardened attitude can be seen in his other work, titled “November 8, 1941,” depicting protests in Korçë, southern Albania. He also reflects scenes from daily life in “When We Did Not Go to the Stadium,” which shows a number of youngsters watching a football game on a black and white TV.

Another painting that caught my attention for drawing on daily life was Robert Permeti’s “We Must Win.” A group of young volleyball players is seen during a game in the Librazhd city stadium. This painting not only depicts the spirit of teamwork enjoyed by those young women but also comes to the fore as a reflection of women's liberation. These works show gender equality under socialism, which was seen as important for Albania in its reconstruction efforts.

In the exhibition, paintings of military figures are abundant, and their vibrant look piques interest. In Permeti’s work, titled “Denouncement of Warsaw Past,” for instance, you can feel the pride and victory of Albanian marines while carrying their national flag. Permeti paints the same pride expressions in his other work titled “Pilots, 1985."

Working-class figures dominate most of the artwork that supported the propaganda of the state. According to the socialist-communist idea nurtured in Albania, all members of society needed to unite and work together for their future. This is why many works depict people toiling together regardless of their gender, and these have a huge part in the exhibition. Artist Zef Shoshi’s works, especially, focus on workplace scenes filled with fields and farmers.

I also noted children depicted on canvases besides soldiers and working-class figures. Albania believed their future depended on children, whom they raised in line with communist ideals. In Koço Vogli’s painting titled “I Am a Soldier," a child who dreams of becoming a partisan can be seen. His small hand is shown in the typical communist oath-taking gesture wearing a star-emblazoned cap.

Apart from the paintings and political posters, album covers can also be seen in the exhibition. Music was also a very powerful propaganda tool in those times. Another way of reaching people was through film posters. These posters emphasized many images of Albanian cinema. Finally, illustrations for book covers and children’s magazines also were on display as they also served the propaganda of the period.

Curated by Artan Shabani, the exhibition appears as an investigation of the communist ideology's impact on Albanian visual arts. The selected works are from a host of renowned artists from the period, including Abdurrahim Buza, Afërdita Meçe, Agim Faja and Zef Shoshi, and show the expansive influence of the former regime. The works, making reference to a glorified past and bright future, will be on display until Nov. 15.