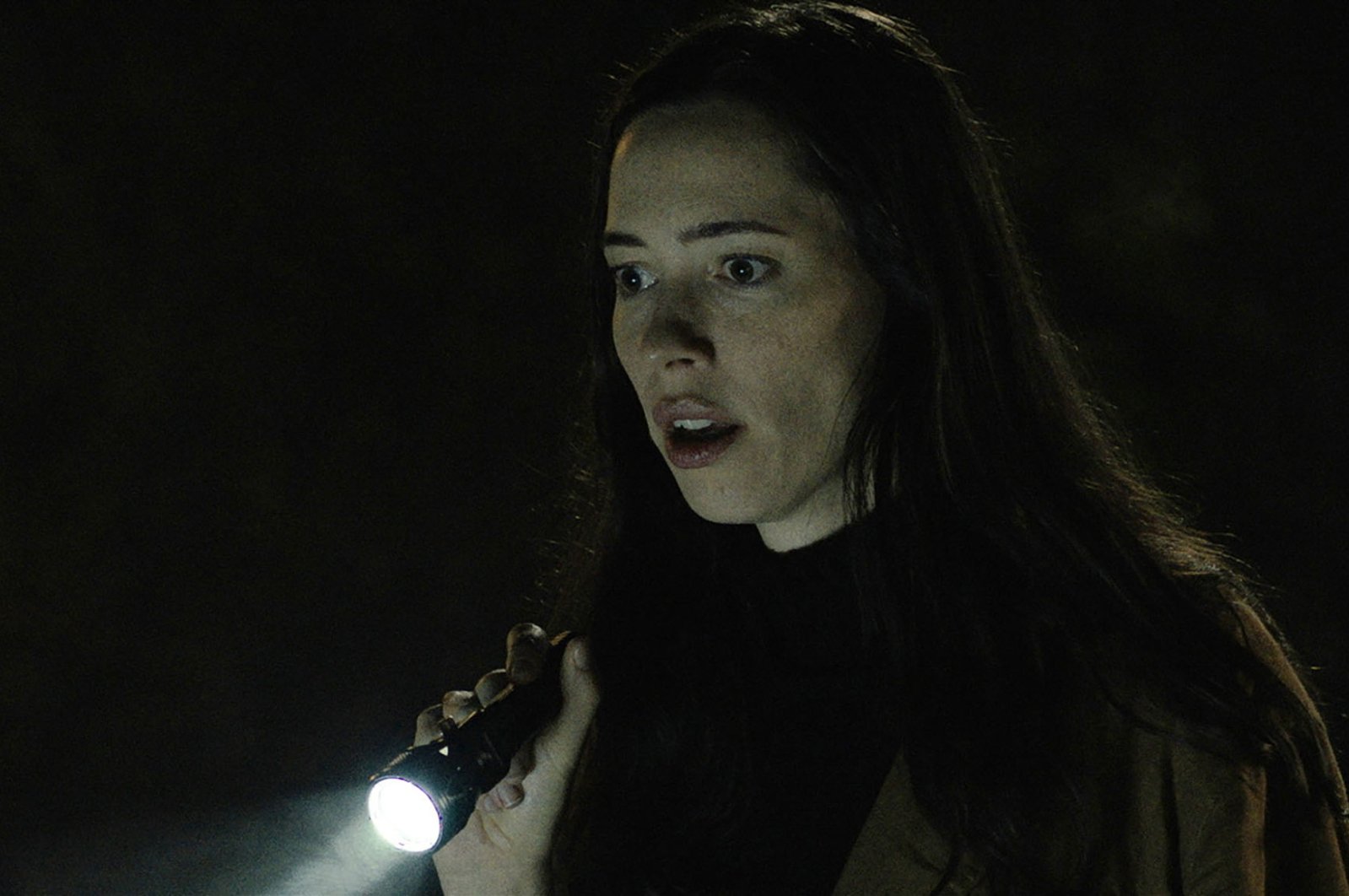 Rebecca Hall holds a flashlight, in a scene from the film "The Night House." (Searchlight Pictures via AP)
by Associated Press Aug 18, 2021 2:27 pm
RECOMMENDED

Cover your eyes as you sit on the edge of your seat and, despite the scares and the thrills, it still won't be enough to save you from the feeling that you want to see more of Rebecca Hall and her character, Beth, in the elegant psychological thriller "The Night House."

It's quite a feat even for someone as inherently compelling as Hall. For one, Beth is not exactly likable. At least not in the traditional Hollywood sense of what constitutes a "likable" human woman. She is deeply skeptical, sarcastic and occasionally even hostile, telling uncomfortable truths and drinking herself into oblivion every night with brandy, which she says she doesn't even really like.

Whether or not she has these tendencies normally is moot, however, since this is not a normal moment for this protagonist. The week before we meet Beth, her husband of almost 15 years, Owen (Evan Jonigkeit), a handsome and muscled architect, died by suicide with a handgun she didn't even know he had.

Now she is untethered and alone in the lakeside house that he built for them – a dream existence has turned into a nightmare.

For the most part, Beth gets a pass for her lack of social graces from those around her, including a grade-grabbing mother whom she eviscerates with indifference. And she has some friends and acquaintances who seem to genuinely care, like a fellow teacher, Claire ("Barry's" Sarah Goldberg), and her neighbor Mel (Vondie Curtis Hall), who are both concerned about her mental state.

No one expects her to be OK, but Beth seems to be spiraling.

Confidently directed by David Bruckner from a clever script written by Ben Collins and Luke Piotrowski, "The Night House" excels in tension building – it is both unpredictable and unnervingly restrained. In other words, you're rarely at ease for 110 minutes.

The film does lull you into submission at first, however, as we join Beth on what is likely her first night alone in the house.

She drinks, she plays music, she watches their wedding video and passes out. It is rather affecting for someone we've just met. But she, and we, are jolted awake with a knock at the door downstairs. Then there's another few knocks that are even more aggressive.

Windows are everywhere in this picturesque home and anxiety increases as Beth strains to see through them into the dark night.

She is scared but not paralyzed and bold enough to walk around unarmed, flip on lights and open doors to the outside. Has she never seen a horror film, or does she just not yet know she's in one? Whatever the reason, it's effective.

The filmmakers and the script carefully toss out little breadcrumbs along the way as we and Beth try to figure out what is going on: A cryptic suicide note, a disturbing set of blueprints, a photo of a woman who looks almost exactly like Beth.

The scares are creepy, but not exactly threatening at first and there's even a little glimmer of hope in the haunting: Having your dead husband's presence around might not be the worst thing in the world in this solitary mourning period, right?

There's also a fair amount of doubt and skepticism that builds as well: Beth is so often drunk when things start getting weird, you wonder if she's even a reliable lens.

The film's third act doesn't quite live up to the tantalizing promises of its first two. There are still pleasures to be had, but the impact of the scares is not exactly enhanced by an explanation (or at least by this explanation, which is far too crowded for a film that started so studiously stripped down).

But, like Beth, by that point you're in it 'till the end.