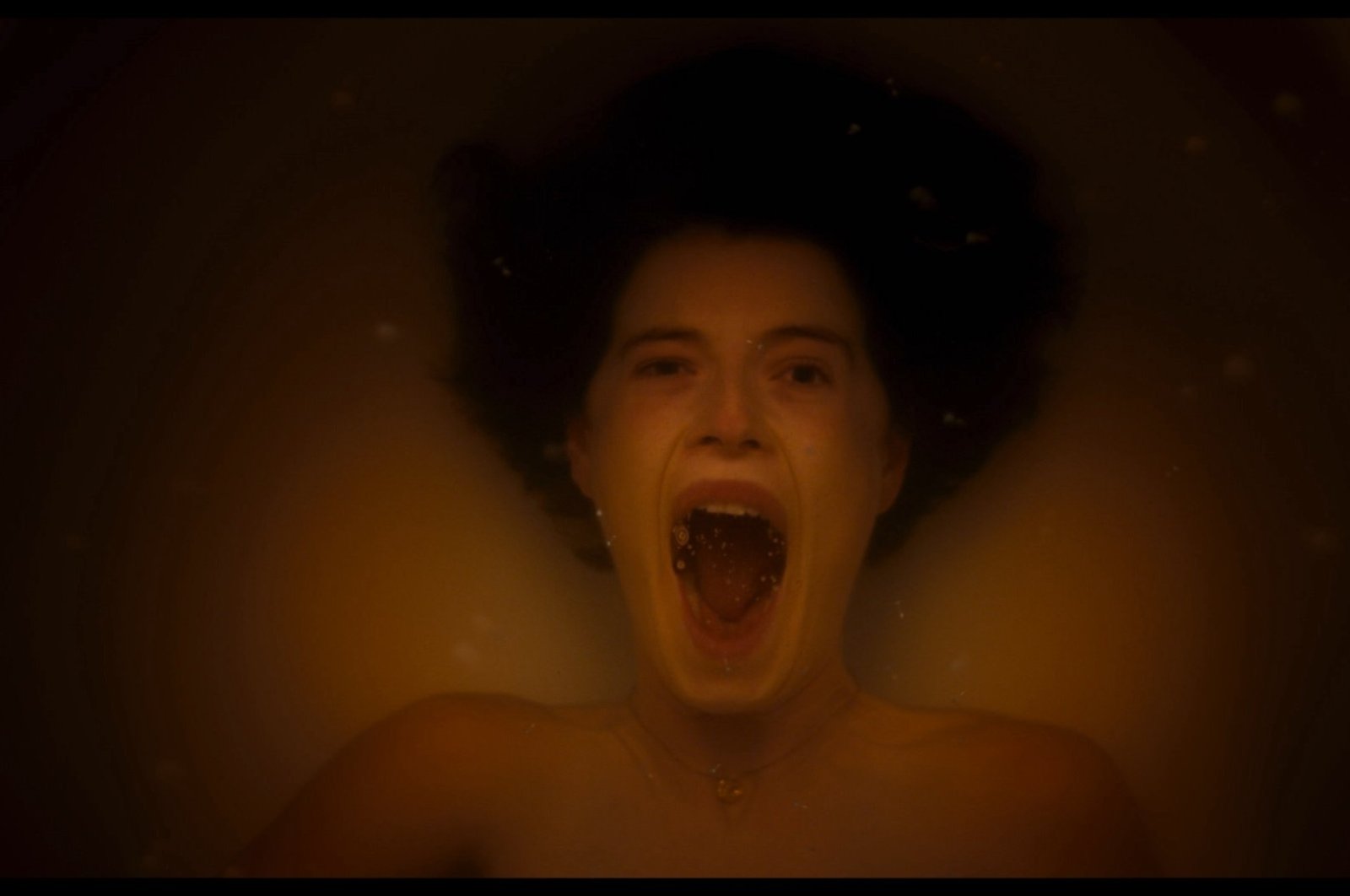 Set in the middle of nowhere, somewhere in the southwest of England, Alex Garland's artsy horror movie 'Men' takes on toxic masculinity with references to folk myths and the Bible

As one of the last mind benders of the cinema world, Alex Garland surprises his fans with his last "artistic horror movie," "Men," after his 2014-dated "Ex-Machina," and 2018-dated "Annihilation" were hailed by both critics and audience.

Those who have previously watched "Mother!" by the writer-director Darren Aronofsky will surely have some insights about "Men." Once classified in the psychological thriller and horror genres, this film was a metaphorical depiction of the destruction of mother earth, which is depicted with deep symbolism in Aronofsky's biblical universe of parables. Within that regard, I paralleled some of the metaphors in "Men" to Aronofsky's style.

The title puts the plot of the movie very clearly – so that we can understand it in the first look. Men. No further explanation is needed.

The story begins with the desire to escape to nature for a few days due to some traumatic events experienced by the main character, whose name we know as Harper (Jessie Buckley). Harper, who has rented an old country house at the hind end of the creation of the English countryside, sets off here with the hope of finding her inner peace. But will she be able to fulfill her mission? Of course not.

Due to its classification as a horror movie, I expected some supernatural forces to demonize her and to be confronted by an evil spirit whose soul has unfinished business in the world. Or the introduction of the murderer who will be designing to kill Harper. Yet no, things turned out very, very differently.

We know almost nothing about Harper's past. Except for the occasional scene where she watches a man falling from a building with the accompaniment of orange light. As the narrative progresses, we learn that it is actually her husband (Paapa Essiedu). Harper, who wants a divorce, is suddenly faced with the threat that her husband wants to kill himself if they get divorced, so they start to argue. We see the husband falling from the building, witnessing with Harper in slow motion, intervening in the actual narration. Yet, the director gives no clues about whether this man killed himself or whether Harper did something to him. “Men” starts terrorizing from here. Because the oppressive "man" accuses Harper of the divorce, saying, "it's all your fault." Welcome toxic masculinity!

Throughout the movie, the audience can also sense the signature of English cinematographer Rob Hardy, who is the inseparable accompanist of Alex Garland. Especially the moments when Harper and her husband fight are shot with such a boring orange color that you can almost feel inside of that boring atmosphere and experience the tension. Within this frame, the use of colors in the scenes is not something that came together by chance; they all serve a purpose.

Our Harper, who took shelter in "mother nature" to get rid of her trauma, eats an apple from a large apple tree in the country house's garden when she first enters. It is a clear allusion to the biblical story of forbidden fruit growing in the Garden of Eden. Yet, we are all familiar that Adam and Eve are exiled from the garden because of eating it even though God commands them not to eat. With this nod, Garland directly takes us to the idea of ​​original sin. This scene, which is probably an indicator of Harper's sin, evokes the hesitation that things could have changed if she had not eaten the apple.

In this old country house, Harper is greeted by the weird-looking goofy owner, Geoffrey (Rory Kinnear), who almost popped up from a comic book. Later, we see another man in the woods, watching Harper and disturbing her with his gaze, brought to life by Rory Kinnear again. Little schoolboy and the vicar of the village church is Rory Kinnear too. Even all villagers in a pub. Wait, are they all the same?

Here, Garland's portrayal of all "men" with the same face played by Kinnear reveals the concepts of sameness and a sense of massification. Most probably, Garland's message was that every "man" is the same as others and terrorizes a woman in their lives. Somehow, all these "men" characters blame Harper or discomforting her. First, the husband's threat of suicide in case of divorce, the goofy house owner's irritating and sarcastic attitude when she rents the house, the naked man walking around and watching her with a disturbing gaze, and the little boy talking disrespectfully to Harper after wearing a cheap plastic woman mask - a direct humiliation of a woman's face, and finally the vicar's sudden unbelievable accusations while try to comfort Harper. All “men” around Harper are blaming her for everything.

On the other hand, I'm unsure if all of these characters are real or just manifestations of the protagonist's out loud-talking conscience and guilt. In that frame, Harper's visions leave the viewer in the conflict between reliability and unreliability.

In addition, the fact that the Garland unites all the men in a single face represents the transition from the past trauma to the experience of fregoli delusion quite well. Because sufferers of this disease often suffer delusions that make them feel that different people are one person and take on different images to deceive them. Harper begins to understand this toward the end of the movie.

While the tones of green are depicted so lively in forest scenes, the other venues are contrarily gray and overwhelming. There are moments when Harper is quite happy navigating the vast greenery of rural England. The cinematographer, Hardy, staged this greenery so beautifully and so fascinatingly that it is impossible not to want to be in it. No roving foot shall crush her here because she is united with her true nature, mother nature. Yet, the naked man intimidates her here too. Her only sanctuary is invaded by "men," too.

The movie is quite rich in terms of the symbolic meanings that it carries. There is a village church that Harper went to, perhaps with the urge to be cleansed of her "alleged" sins. In fact, we see that this place is very scary and depressing, while it should provide peace and security as religious worship. More interestingly, in the middle of this church, there is an altar including symbols that refer to the pagan and pre-Christian periods. On the one side, the face of the mythical Green Man that is engraved in some churches of Europe appears while the other side of the altar shows Sheela na gig. These two ancient engravings symbolize fertility as man and woman. In an interview about the movie, Garland mentioned that he has been very interested in folkloric symbols and strived to adapt them into a script for 15 years. "Men" was the chance for him to integrate these into the script. At the end of the movie, Harper's final confrontation with "men" leaves its place in the awkward rebirth cycle of men. It is no surprise that the patriarchal pattern followed itself for generations.

At the end of the day, "Men," an open-ended movie, is open to interpretation. In my opinion, her catharsis after the final confrontation provided Harper to survive and overcome men's oppression. Garland especially aimed to use a micro symbol to unravel the macro aggression of men on women who experienced gas lighting and anxiety. Those who wish to enjoy the movie for fun viewing will need to find another movie as "Men" will require serious brain exercise.