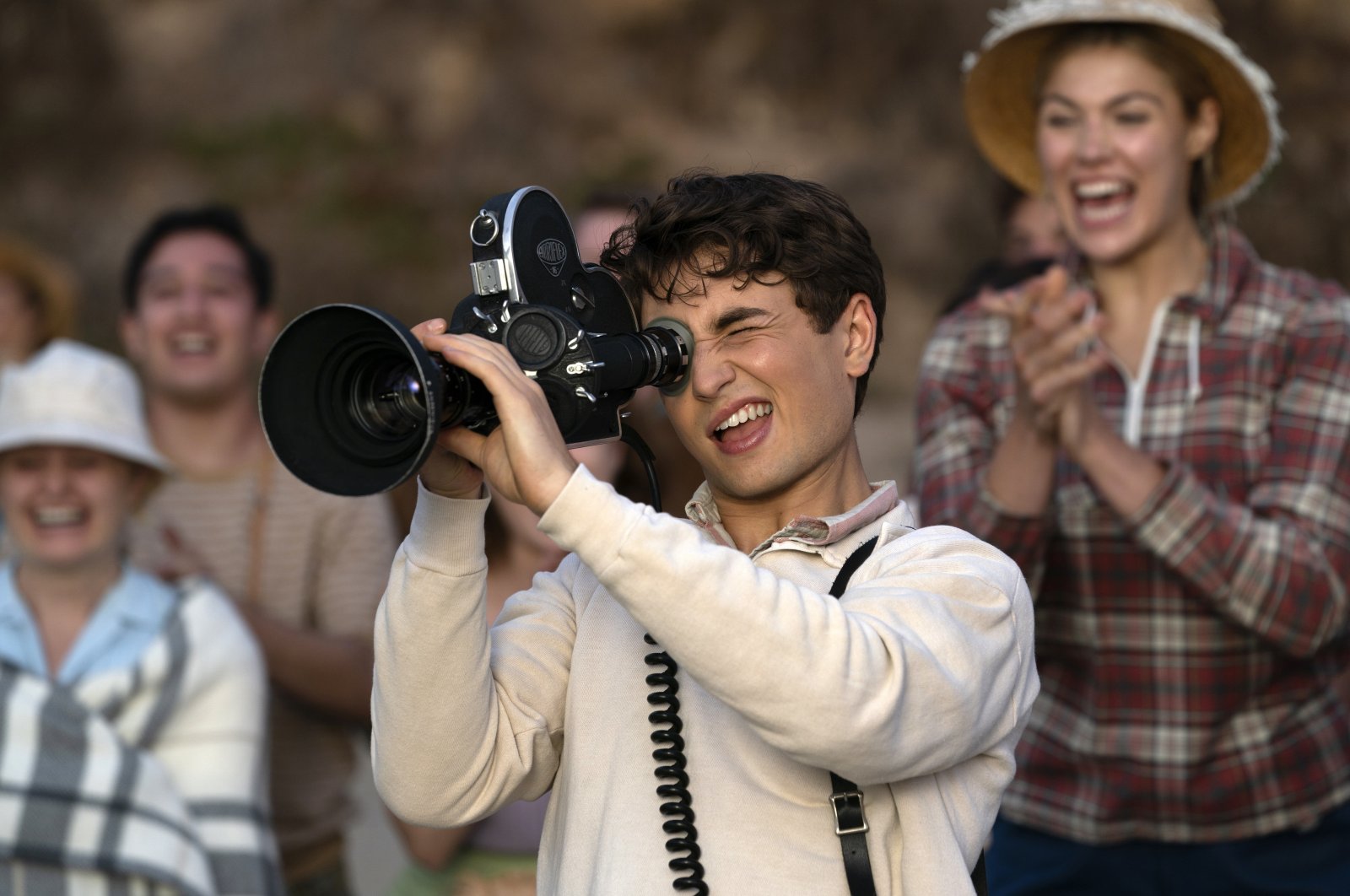 This image released by Universal Pictures and Amblin Entertainment shows Gabriel LaBelle in a scene from "The Fabelmans." (AP Photo)
by Daily Sabah with AP Nov 17, 2022 1:36 pm
Edited By Buse Keskin

The new movie by Hollywood phenomena Steven Spielberg 'The Fabelmans' takes on personal aspects of the famous director, confronting some painful family secrets and experiences with anti-Semitic bullying

Hollywood's ultimate blockbuster master Steven Spielberg unveils his own life story, taking it from the beginning with his new movie “The Fabelmans,” after a wide variety-themed movie orbiting around sharks, dinosaurs, extraterrestrials, pirates, spies, soldiers and heroes both historical and imaginary.

As much as it is a very personal project for Spielberg, it is also a form of expensive therapy with John Williams's lovely mood music in the film.

The script – Spielberg reteams with playwright Tony Kushner – charts both fledgling directors Sammy Fabelman’s first 20 years and the cracks appearing in his parents’ agonizing marriage. The focus sometimes gets a bit blurry, to be honest, and the whole thing rarely adds up.

Last year, Spielberg announced the making of the movie and then it premiered at the 47th Toronto International Film Festival. "The Fabelmans," which has been highly praised by critics, is already one of the productions that can make a name for itself in the Oscars in the Best Film category.

For a film by a director about a director, the main character is surprisingly callow. We first meet a frightened little Sammy Fabelman outside a New Jersey movie theater that is playing Cecil B. DeMille’s 1952 classic “The Greatest Show on Earth.” He’s suddenly too scared to see his first motion picture.

“Movies are dreams you never forget,” says his mother, a frustrated concert pianist played by Michelle Williams, trying to coax him in. “Dreams are scary,” he replies.

That film – with a horrific train crash that traumatizes the boy – changes Fabelman forever. Over the next decades, filmmaking is his passion, despite his engineering father dismissing it as a mere hobby. Why Sammy must direct, we are told, may have something to do with his wanting to be in control. But that’s as far as we get with him on the couch.

We then jump in time to a teenage Sammy, who moves with his family to Arizona and casts all his Boy Scout pals in a makeshift Western inspired by John Ford’s “The Man Who Shot Liberty Valance.” This Sam is played with real honesty by Gabriel LaBelle and he’s turned it into a sweet, star-making vehicle.

Meanwhile, an overacting Williams has come into focus — a mom who is a little batty, sometimes goofy, and sometimes downright dangerous, as when she drives all four of her kids into a tornado. You may leave the theater knowing as much of what’s going on with her as when you arrived. “You really see me,” she says to her son at one point, but the rest of us really don’t.

We learn not all is hunky-dory at home and there’s maybe something going on between mom, dad (a superbly stiff Paul Dano), and dad’s best friend (great Seth Rogen). The audience will not be surprised when this is revealed. And the way our hero figures it out is pure cinematic — he sees clues in his own home movies. And he confronts the offending party as only an auteur would — instead of talking, he shows an edited film.

“The Fabelmans” gets a needed jolt of energy when Judd Hirsch arrives as an estranged uncle who once was in the circus. He immediately sees in his nephew a fellow artistic spirit who will have to pick between family and his art, just as his mother has done. “It will tear out your heart and leave you lonely. Art is no game. Art is as dangerous as a lion’s mouth,” his uncle tells him. “We’re junkies and art is our drug.”

Many of these projects seem to passionately argue for the healing and communal power of art by preaching to the converted. And they often do it with such fondness and reverence that it gets way too heady. They’re getting high on their own supply.

In the third act of “The Fabelmans,” the Spielberg family – sorry Fabelman family – moves again, this time to California, and the movie angles in another direction, with an unlikely romance amid the reality of anti-Semitism, culminating in a lesson about the power of film to create an image. But it shares the rest of the film’s heightened mannerisms, the artificiality of its supposed madcap humor, and its tendency to create little arias of theatrical speech.

The movie ends with a warning to the young filmmaker from no less than the great director John Ford (a hysterical cameo from David Lynch). “This business will rip you apart,” he snarls. And yet Fabelman is overjoyed to connect with his hero and doesn’t listen. He’s a junkie, after all. But those of us, not successful Hollywood directors might like it when he turns his camera at things other than himself.