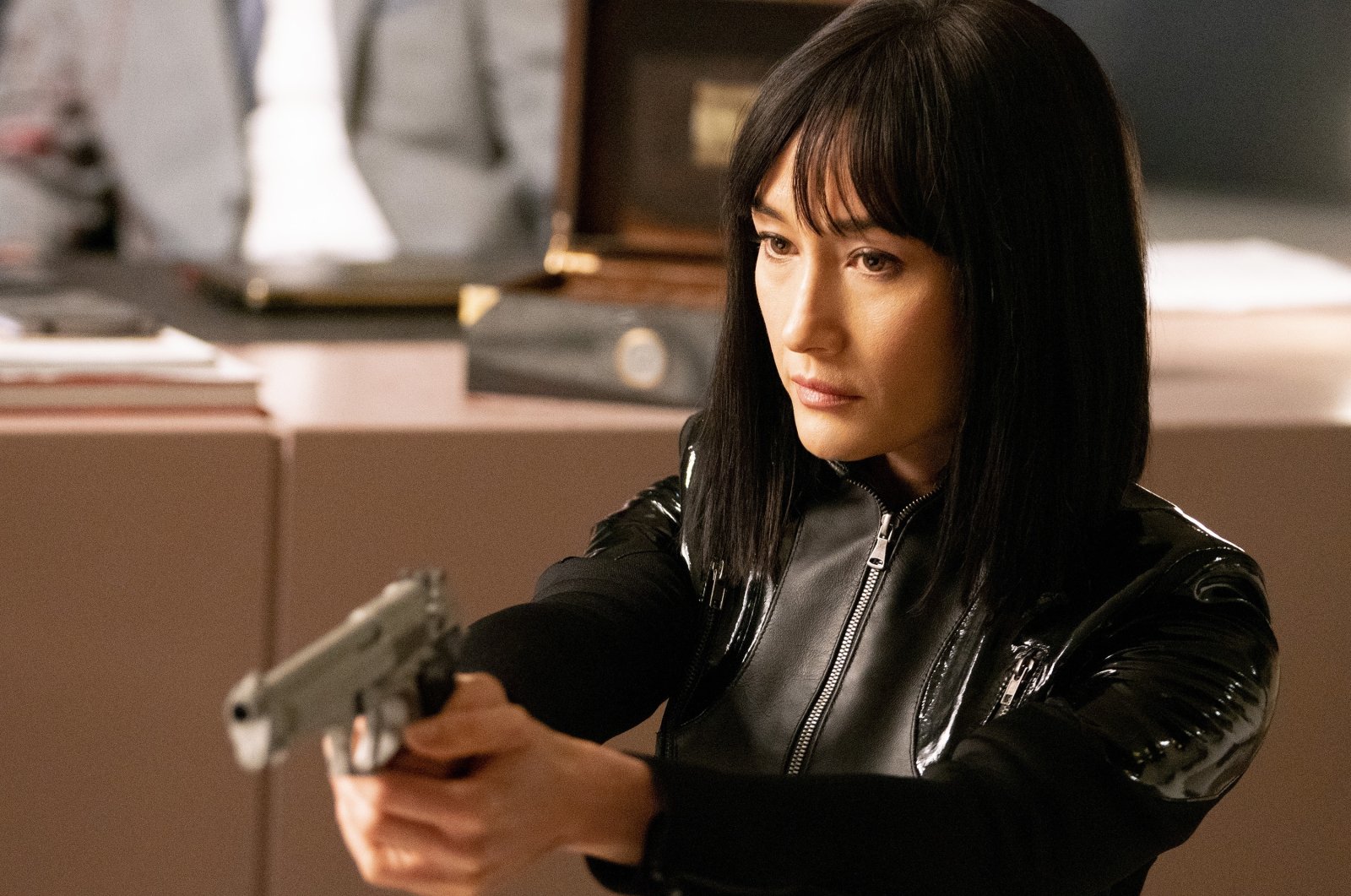 One may assume that the star of the film “The Protege” will be Maggie Q, as she plays the titular apprentice, and she is virtually in every scene. However, top billing goes to veteran Michael Keaton.

Q fans will just probably be grateful that she manages to make it to the last scene of the film alive, given all the shooting, explosions, knives and torture in "The Protege," a sleek derivative diversion.

She plays Anna, an orphan adopted by a very wealthy veteran assassin – played by Samuel L. Jackson – and is molded into an elite assassin herself. In her spare time, she runs a rare book shop in London, as most elite assassins do.

One day, Keaton's character stops by. He's a rival elite assassin who can quote obscure Edgar Allan Poe poems by heart as well as recognize a great pair of Manolo Blahnik pumps. Like her, he can ID a gun's brand simply by hearing it cocked. "I find you interesting," he tells her.

Audience members may perk up at this moment: This IS interesting.

The reemergence of a decades-old assassination then triggers the plot into overdrive, taking us from London to Da Nang, Vietnam. Someone is murdering everyone that Q's Anna holds dear.

Somehow she holds it together. After all, there's no crying in assassin movies.

It's at this point that the film wants too much, stretched between a blood-soaked, martial arts-and-gunplay revenge flick and a dance between would-be lovers.

"I'm going to find out who killed my friends," Anna declares. "I'm going to end their life and anyone standing in my way."

The filmmakers are very versed in cool, chic professional-led violence. It is written by Richard Wenk ("The Equalizer" film franchise) and directed by Martin Campbell ("Casino Royale").

Q has some lines that slay, like when she's bleeding badly and told she doesn't look so good. "Oh, I don't know. Nothing an apple martini and a liter of AB-positive won't fix." Or, in a testy showdown with a rival: "Let's hope this doesn't get messy. These are my favorite shoes."

But so many cliches abound. Do all baddies have to drive shiny black Range Rovers and wear thick gold necklaces over their turtlenecks? Do all mob bosses have to swim in a luxurious indoor pool surrounded by frescos while opera plays? Are evil security details so dumb that they use drones and helicopters but can be tricked by a simple haircut?

At the film's center is Q, but there is a hollowness there. She can rappel down a staircase using a fire hose, endure waterboarding and use a dinner tray as an assault weapon, but there's little insight in her inner life or emotions and her back story appears too late.

Alone on screen, she is marooned in her own film, radiating simply steely watchfulness. She needs scenes with others to come alive.

Maybe that explains the lack of top billing.

Keaton adds a delightfully unstable, wry humor and electricity – "I could put two in the back of your head and go make a sandwich," he boasts to Anna – and Jackson is Jackson, spewing truth bombs and jokes, threatening to steal the film away from both of them.

All this climaxes in a series of clumsy attempts to end the movie, finally doing so with a clunky final scene that's either bad film editing or writing.

It's like something that Keaton's character says earlier to Anna: "I'm not gonna lie to you: There's not much chance this ends well for you." He's right.