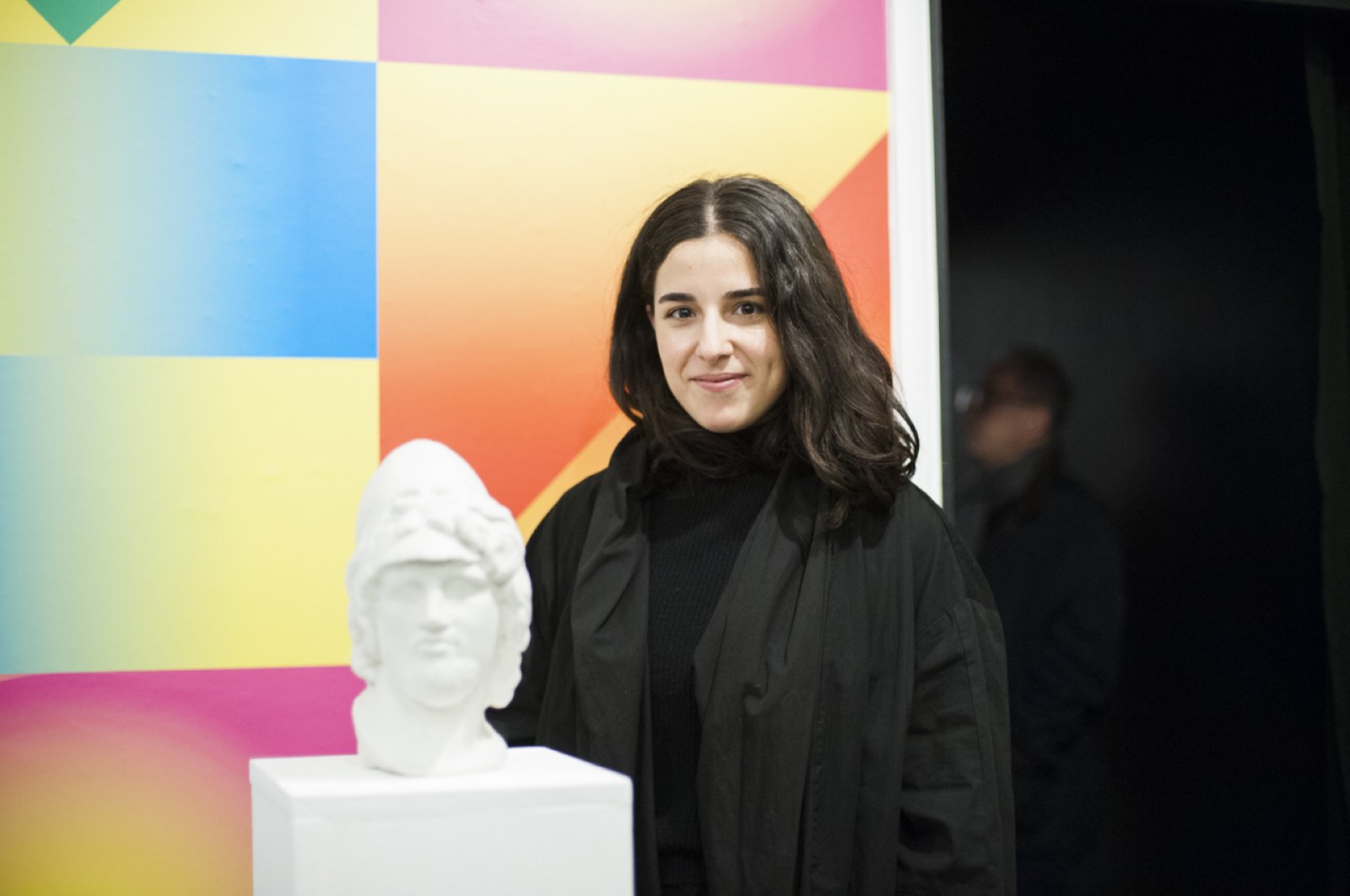 The 'TransLocal Cooperation' exhibition, which can be visited digitally until the end of July, seeks cooperation and empathy in a socially distanced but hyper-connected world

Organized as part of the Connect for Creativity project led by the British Council, the “TransLocal Copperation” exhibition went digital as of July 6. The exhibition was opened at the Furtherfield Gallery, the oldest art and technology center in London in March and is presenting works created with the cooperation of artists from Greece, Serbia, Turkey and the U.K. who aim to foster trans-local solidarity on the digital environment.

The exhibit can be viewed until July 30 via the Connect for Creativity project website. The site is part of the Intercultural Dialogue Program that is led by the Yunus Emre Institute and is co-funded by the European Union and the Republic of Turkey.

Our world has become so hyper-connected that it has enabled us to simultaneously occupy or travel through numerous physical and virtual locations. This social and cultural aspect of globalization is often described in terms of "translocality," in which the events, conditions and attachments of one location can rapidly influence and connect with another. Inspired by this definition, the exhibition and the works within it consider how people might organize across distances and differences with and for our trans-local communities.

The exhibition features a selection of artworks from those created by artists from Turkey, Greece, Serbia and the U.K. during art and technology residences at the creative hubs ATÖLYE in Turkey, BIOS in Greece and Nova Iskra in Serbia. The artworks, created by Emmy Bacharach, Georgios Makkas, Ioana Man, Tamara Kametani, Theo Prodromidis and Yağmur Uyanık, employ a variety of media and technology, from VR and 3D printing to probiotic fermentation and ethnographic documentation. Having been redesigned for the digital platform by the curators Ruth Catlow and Charlotte Frost, the exhibition creates an interactive visitor experience.

Ioana Man’s "Probiotic Rituals," which is a combination of an augmented reality (AR) interface, website and series of rituals, have been revisited in the face of COVID-19 and its impact on the artist’s original work. At a time when each of us is engaged in new daily rituals in terms of cleanliness and separation, Ioana Man invites us to come together over new rituals of microbial discovery. Uyanık’s 3D printed sandstone sculpture, "Selfmaking: Layers of Becoming With," will have five original editions. Randomly selected, five applicants throughout the online exhibition will receive these editions. When the sculptures arrive at their new homes, their images will be taken and shared by their new owners using the hashtag #layersofbecomingwith and will be featured at the digital exhibition. Prodromidis’s digital print gazette, "An Open Newspaper (You can’t evict a movement)," has been transformed into a downloadable and shareable item. Makkas’s multi-channel video "Four Stops to Kurtuluş" will be presented as a video that can be easily viewed. Bacharach’s virtual reality experience "Stream of Consciousness/The Caves of Hasankeyf" draws attention to the local and trans-local significance of Hasankeyf, an ancient city in southeastern Turkey. Using photogrammetry and visual material collected from the site, the work represents a glimpse into the unique environment of the caves. "Set in Stone" by Tamara Kametani forms a poetic meditation on the effect of materials on often immaterial-seeming aspects of trans-local cultures. While debates rage about legitimate uses and abuses of both privacy and freedom of speech online, this work presents phrases about the life of data etched by hand onto Athenian marble, to provoke a historic reflection on or even memorialization of the consequences of actions on and offline.

Bacharach is a spatial practitioner, audio-visual artist and DJ working at the intersection of architecture, sound, film and immersive technologies. Her work explores the social, political and spatial possibilities of appropriating digital technologies. Her background is in architecture, which she studied at the University of Cambridge. She later completed her masters at the Royal College of Art, where she began to explore moving image, sound and immersive technologies.

Makkas was born in Athens in 1977 and had a strong interest in photography from an early age. He graduated from a documentary course in Newport, U.K. His work on the depopulation of rural Albania won the first prize in the Observer Hodge Awards. His work has been exhibited at the National Portrait Gallery in London, Athens Photo Festival, MedPhoto Festival in Rethymno, Fotonoviembrein Valencia, Fotografia Europea in Reggio Emilia, Le Voci dell'Inchiesta in Pordenone, DUMBO Arts Festival in New York and the Istanbul Design Biennial and is also held in the permanent collection of the Thessaloniki Museum of Photography.

Man is a multidisciplinary designer with a background in architecture, set design and critical practice. She represents new connections between the fields of architecture, science and rituals in order to shape, invent and reimagine alternative futures.

Kametani is a Slovak-born, London-based visual artist working across a variety of media including installation, video, photography and sculpture with an emphasis on site-specificity. Amongst the underlying concerns in her practice are the topics surrounding power relations, surveillance, privacy, and access to information. She received her master’s degree in Contemporary Art Practice from the Royal College of Art in 2017.

Prodromidis is a visual artist and film director based in Athens. His work has been exhibited and screened in galleries, museums and festivals including Galerija Nova, State of Concept, first and fifth Thessaloniki Biennale, fourth Athens Biennale, Werkleitz Zentrum Für Medienkunst and Haus Der Kulturen Der Welt.

Uyanık is a Turkish artist based in San Francisco with backgrounds in architecture, new media and music. Her work explores repetition, process and intangibility through creating instruments of displacement using light, sound and space with an aim to extend the digital media to a point that it becomes a physical experience. Uyanık received her master's degree in art and technology from the San Francisco Art Institute.