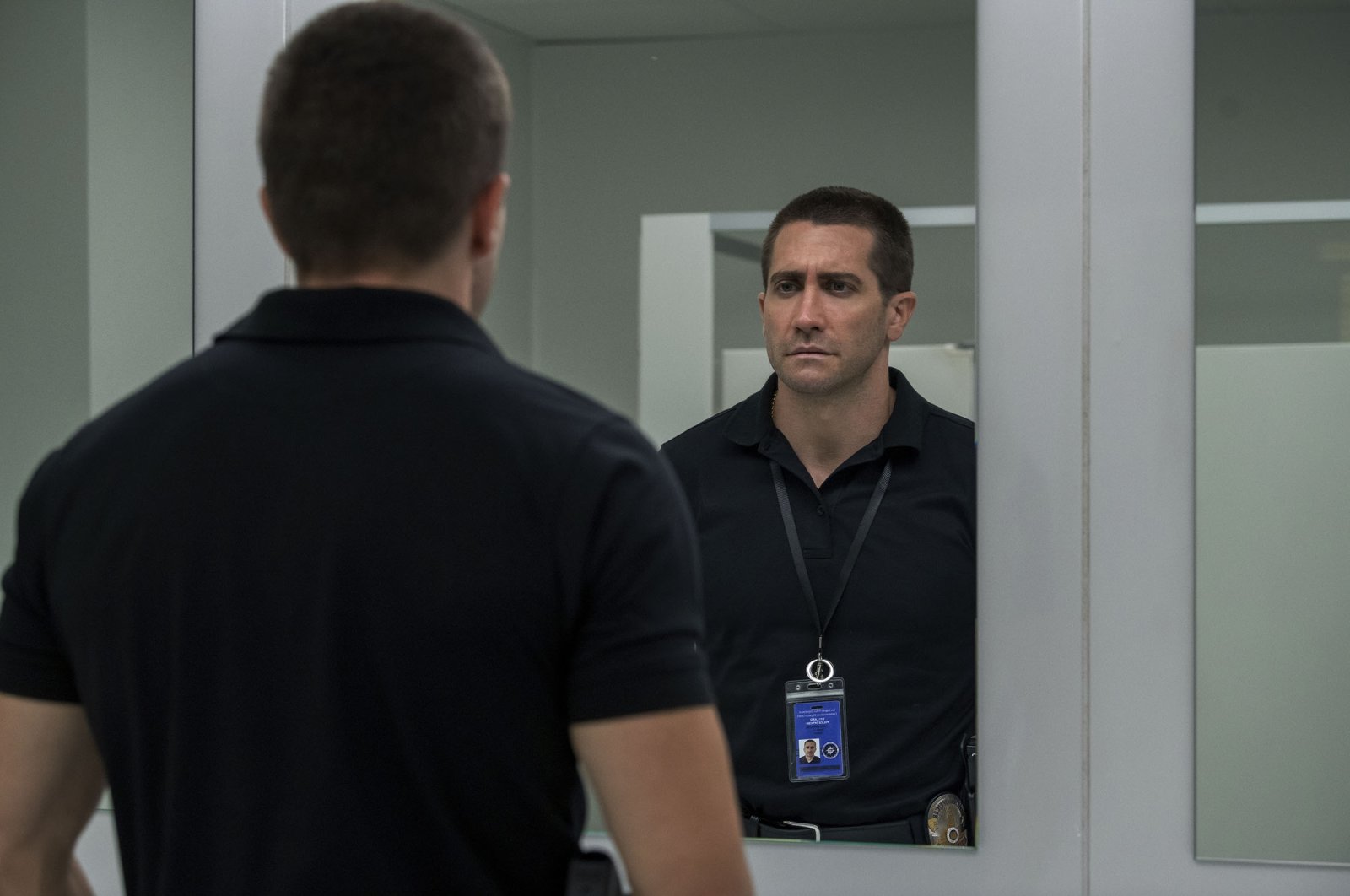 A movie centered around just a desk that houses one demoted police officer assigned to a call dispatch desk, and heavily reliant on conversations and the calls that the officer receives, does not sound like the most visually exciting film to watch. It seems to go contrary to the famous saying: Show, don't tell. However, the safe hands of director Antoine Fuqua, writer by Nic Pizzolatto and star Jake Gyllenhaal, make "The Guilty" a thrilling joy to experience.

A remake of a 2018 Danish film by the same name, Fuqua's "The Guilty" puts the audience in a Los Angeles 911 call center in the middle of the night as Gyllenhaal's disgraced police officer Joe Baylor fields emergency calls from around the city.

Joe probably isn't the calmest man in the world under normal circumstances but take into the fact that he's doing one of the most stressful jobs in the world while also awaiting a major trial the next day and you can start to appreciate why he's so extremely tense.

He's a little distracted when we meet him as well. He's a field guy relegated to office work, for one, and he's getting calls that likely aren't emergencies: A guy robbed by the sex worker he hired; Another having a bad episode on drugs.

It's worth hanging around for the credits to peek at all the famous names providing the voices on the other end of the line (Riley Keough, Paul Dano, Ethan Hawke, Bill Burr and Da'Vine Joy Randolph are just a few of the people he speaks to over the course of the night).

But he snaps into focus when he sniffs out a real crisis in the form of a woman's crying voice. He pieces together that she's been abducted and she's feigning a call to her young daughter at home.

The situation will become his obsession for the rest of the film as he tries to give the police enough information to track a vehicle that he doesn't know the make, model or license plate of, speeding down a Los Angeles freeway amid an emergency wildfire situation in the city.

Fuqua adds massive screens to the 911 control room showing Los Angeles burning in real time, which adds visual tension and reminds the audience why all the emergency services in the city are unable to help with this one abducted woman as much as Joe would want.

It is an agonizing experience as a viewer to see close-up the ways in which our systems can fail those in a true emergency. The poor dispatchers have to play messenger, therapist and customer service representative through it all.

One can hardly imagine a better modern trio of gritty Los Angeles chroniclers than Fuqua, Pizzolatto and Gyllenhaal all working together.

And Gyllenhaal is absolutely commanding throughout the lean 91-minute runtime, a compelling ball of stress, anxiety and frustration working only with computer screens, phones and disembodied voices. It is no understatement that the success of "The Guilty" rests entirely on his shoulders.

The plot has many twists and stomach-turning revelations that keeps the viewer in a similar state of stress. You have to remind yourself occasionally to not let your imagination go too far picturing the nightmare that's happening outside.

Underneath the tick tock of the present crisis is the gnawing suspicion that our protagonist may not be a good man himself. Yes, he probably doesn't have the disposition for a call center job and regularly snaps at his co-workers, but something has happened that's made him estranged from his wife and young daughter.

His trial in the morning is about an incident out in the field that has a Los Angeles Times reporter pestering him for comment at all hours of the night. This perhaps doesn't provide the poetic climax that the film wants, but it's still an interesting exercise to go through this ordeal with a man who may have done something unforgivable.

Best of all? Fuqua knows that he's up against the clock with this experiment and gets out just in time.