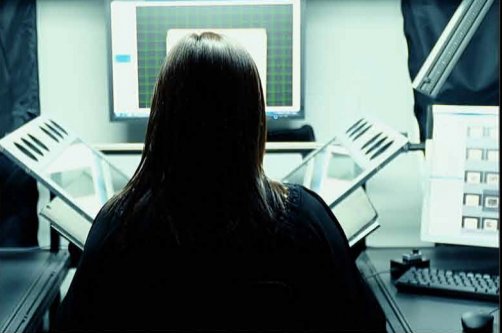 As part of its growing online presence, SALT is cultivating Istanbul’s remote arts appreciation, currently screening Ben Lewis’ 2013 film, ‘Google and the World Brain,’ chronicling an attempt to digitize every book ever

The interdisciplinary cultural historian Ben Lewis made his name as an art critic in London, eventually prophesying the downturn in contemporary art’s boom and bust cycle with his 2009 documentary, “The Great Contemporary Art Bubble.” He critiqued the notion that capitalism and its marketing practices, which flagrantly doubled as process-based artwork, could assume an evergreen role in art history and more, that its name-brand cults of fame would eventually impair democratic free expression.

He carried themes related to the lack of regulation and transparency in the art world into the realm of big tech in 2013, exposing legal oversights and power vacuums in the dream that Google initiated to scan a universal, all-encompassing library. The Promethean venture had intellectual predecessors. H.G. Wells kicks off the 90-minute film with a 1937 television announcement in which the author and futurist unveils his World Brain theory. Also the title of one of his essay collections, the World Brain idea predicted the bibliophilic lust of the internet.

But he was not the first. Ben Lewis outlines the breadth of human history’s striving to consolidate all of its knowledge in his 2013 documentary, “Google and the World Brain,” retracing the footsteps of today’s brightest computer engineers to the librarians of ancient Alexandria and the medieval copyists utilizing Gutenberg’s moveable type. Yet, whether by the demolition order of Julius Caesar in Egypt or premodern European autocrats threatened by mass self-education, the power of free knowledge would be checked.

As the 2013 film shows, the adventure of Google’s grandiose aspirations began in collaboration with some of the most voluminous and important libraries in the world, namely at the universities of Harvard in Cambridge and Bodleian in Oxford. Their millions of titles, preciously cataloged and preserved with world-class institutional rigor, were suddenly in the hands of a Silicon Valley company whose mission sought to bridge the largest sources of information with anyone anywhere. It was simply because they could do it faster and cheaper.

A book without a cover

Not even halfway through “Google and the World Brain,” Lewis reveals the underbelly of the vastly ambitious project. He only hints at the legal impediments of a tech corporation acting like a crusading nongovernmental organization (NGO), continuing with many high-profile interviews, including with Amit Singhal, the former senior vice president of Google, as well as Ray Kurzweil, a Google employee, inventor and contemporary futurist. To a low buzz, the text appears against a black background before showing what is believed to be the only six seconds of Google’s book scanning warehouses.

Individuated stations beam with brightly lit panels. A state-of-the-art camera is affixed within each setup, as workers sit side by side, placing books down as if they were on an assembly line at an industrial factory. In comparison to Harvard’s earlier efforts to digitize its own collections, Sidney Verba, former director of the Harvard Library, told Lewis that the cost of scanning each book was several hundred dollars. Google, in turn, could scan each volume for as little as $30, and offered to do it all for free.

The contrast between the business cultures at Harvard and the other world-famous libraries and their directorial teams that Lewis features could not have been more different than Google, where young and diverse engineers bounce around on vibrantly colored exercise balls and generally exude an air of freethinking hippiedom. One talking head is the dreadlocked, bearded Jaron Lanier, a founding father of virtual reality. “It’s not just traditional power-mongering because you’re making the world more efficient,” he said of Google’s position.

The buzz returns with the sound of an electric shock over dramatic music by sound designer Lucas Ariel Vallejos. Another text appears explaining how Google America refused to talk to Lewis about its Books project due to ongoing legal action, but that they could speak to Luis Collado, the head of Google Books for Spain and Portugal, who warmly professed to embrace the universalization of literary knowledge, especially outside the Anglo-Saxon world, for internet users.

Lewis continues to the storied library of Montserrat Abbey, founded in the 11th century, which cooperated with Google to digitize 23,400 of its gilded hardcovers on spiritual practices and monastic life. When the interviewer asks Father Damia Roure, the library’s director, if it was fair that Google did not pay for any of the material, he is tongue-tied. It is a priceless moment in Lewis’s film, juxtaposing the outer layers of history and modernism along the fine lines of business and technology.

Worm between the pages

“Who wouldn’t want to have all of the world’s knowledge available to everyone on the planet?” asks Evgeny Morozov, an internet analyst from Belarus who established his sharp critiques of the virtual establishment with his 2011 book, “The Net Delusion: The Dark Side of Internet Freedom,” and also as a contributor to the New Republic and visiting professor at Stanford and Georgetown. “The problem is that Google, as an intermediary in this process, has certain interests and has a certain agenda that’s not always transparent.”

Robert Darnton, who served as director of the Harvard University Library during filming, speaks on camera frequently. He wears the distinctive savvy that his colleagues demonstrated by merely enabling Google Books to digitize public domain titles. A third of the way through Lewis’ film, issues of copyright unfold. A similar progression occurred recently when the National Emergency Library released its 1.4 million books and was met by authors who lambasted it for breaking copyright regulations, allowable only during a national crisis.

But when libraries are open to the public and business as normal reigns, the reality is not what Google had dreamed. Of the 10 million books that Google scanned, 6 million of those were copyrighted, requiring the authors’ permissions to copy. These copyright permissions were not given. Lewis employs the advantages of documentary filmmaking by focusing on specific information and accents it with interview-laden multimedia fireworks. By claiming to have acted under “fair use,” a term in American copyright law, Google defended itself.

What ensued after a 125 million dollar class action lawsuit filed by the Author’s Guild, which ultimately ruled in Google’s favor, led to what users of Google Books experience today. It is an unfinished complex of snippets and previews that do not provide full access to copies of books digitized, but do open the field for researchers to index and reference much of the material they scanned and published for the global, virtual public. As waves of isolation due to COVID-19 continue to force art lovers and media professionals indoors, such domains as Google Arts and Culture are transforming thousands of museums into remote viewing platforms.

“You can look at the internet as something divine,” said Kevin Kelly, co-founder of Wired Magazine, whose radical views on the benefits of digitization are challenged throughout the film. "We eventually will come, I think, to revere some of our technological creations, like the internet to be almost like cathedrals of redwoods, to be as complicated and as beautiful as natural creations, and that, in a real sense, that there is more of God in a cellphone than there is in a tree frog because a cellphone is an additional layer of evolution over the natural frog.”