Writing with light: The salt of Sebastiao Salgado 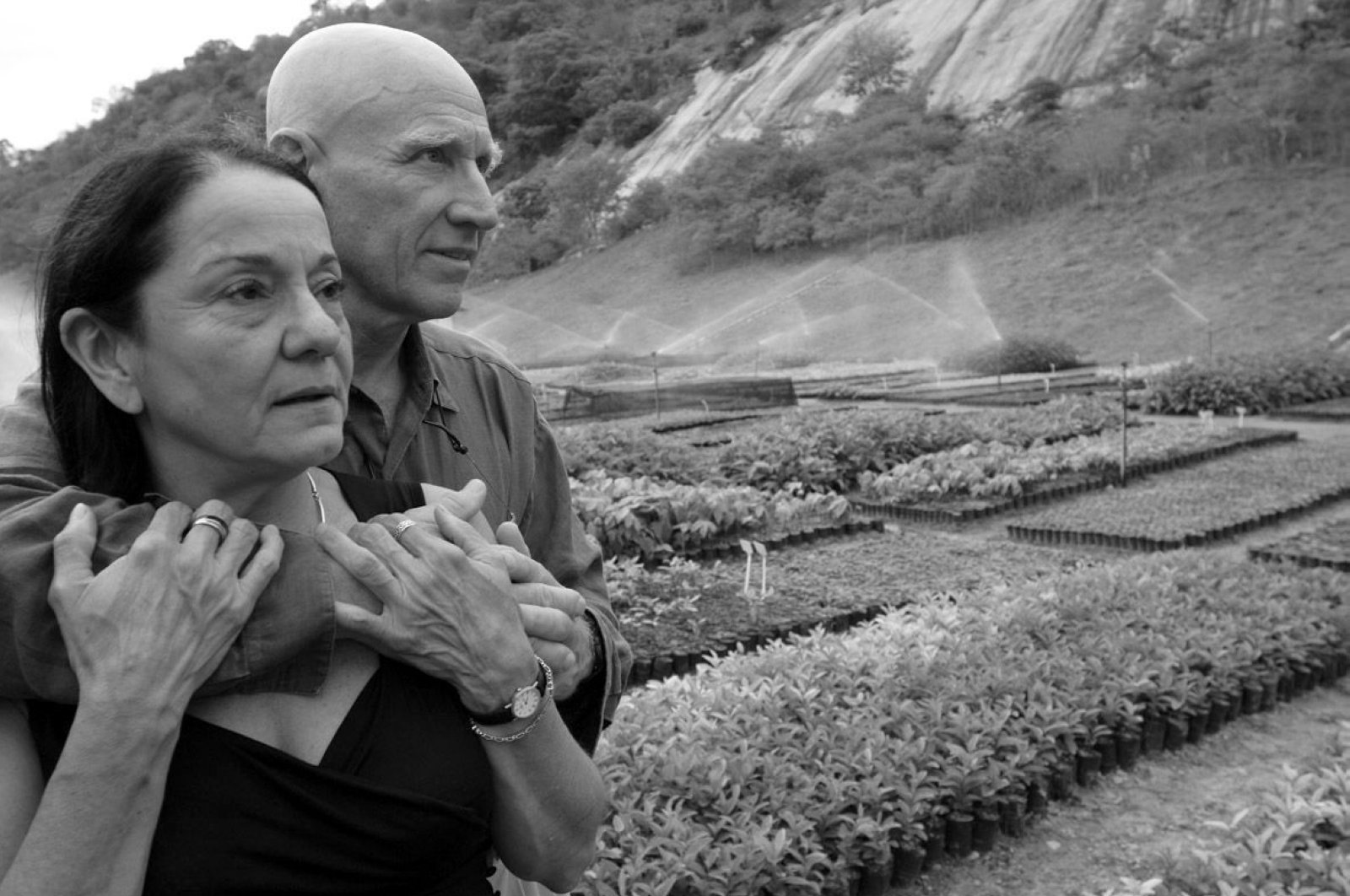 Sebastiao Salgado and his wife Leila at Instituto Terra. (Photo courtesy of StandbyForMindControl.com)
by Matt Hanson May 06, 2020 11:25 am
Edited By Irem Yaşar

SALT Online is screening 'The Salt of the Earth,' a documentary on the exquisite photography and world travels of Sebastiao Salgado, by German auteur Wim Wenders and the subject’s eldest son, Juliano Ribeiro Salgado

The etymology of photography is roughly translated from Greek as writing with light. With the wisdom of the ancients, the Brazilian photographer Sebastiao Salgado has trekked along the edges and heartlands of the globe in search of a voice that speaks through the rays of the sun. But it was only late in his career that he immersed himself in nature, having spent much of his life steeped in the social photography of work, war and migration.

That was after he returned to his country to find sources of healing in nature by reforesting Brazil, a towering achievement that by the end of the film had culminated in the planting of some 2.5 million trees in a formerly eroded territory. The project, Instituto Terra (or Earth Institute), is a demonstration of peace, justice and fraternity with all living things. For the old, battered photographer who had returned mournful from Rwanda, it restored his faith in humanity.

In many ways, his path in life came full circle with Instituto Terra. One of his earliest photography book projects, "Other Americas," prompted Salgado to return to his beloved origins in Latin America. At the time, he was in Paris with a wife and son, having pursued his initial studies in economics at the behest of his father, who is portrayed in the film as a decent elderly man walking the lands around his bucolic home where he raised, clothed and fed his children.

His education in the field of industry and its relationship to various markets and international relations would remain an important reference point for Salgado, who ultimately changed his professional focus, took up a camera and ventured out for months on end away from his young family to live with the people. He had a singular talent for showing how communities on the ground were vulnerable to extractive macroeconomics.

Both sides of the lens

There are particularly effective moments of new filmmaking in "The Salt of the Earth" when depicting the relationship between the photographer and his subject. During his long stays in remote indigenous lands around the Andes mountains, for example, his face flows with shaggy facial hair. In his twilight years, when the film is being shot, all that is left of his youthful adventurer’s mien are two wispy eyebrows.

When he is out on an expedition shooting a polar bear by the Arctic Circle on a remote island in Siberia, the documentarians portray him and the bear as two figments of a single imagination. Salgado contemplatively strokes his eyebrows like a forest hermit might his beard and dozes off. Meanwhile, outside, the once mighty and ferocious bear slumps down to nap. They are both looking for each other, it would seem, by the mysterious compulsions of nature.

Most of the film is essentially a slideshow of black-and-white stills. The work of Salgado alone speaks volumes. But like a double exposure, his face fades in and out, as his running commentary explains each passing frame in the soothing tones of his fluent French. They are each a passport to other worlds. And like his proud project, "Genesis," which launched him into environmental photography, his every photograph casts off presumption by sheer experience.

More than a photographer whose work is predicated on capturing a transitory flux of perception on the surface of things, Salgado entrains the mind to see visual reflection for its power to immortalize sights, or as William Blake poeticized in the opening lines of "Auguries of Innocence," “To see a World in a Grain of Sand / And a Heaven in a Wild Flower / Hold Infinity in the palm of your hand / And Eternity in an hour.”

For his "Genesis" project, which took a more positive spin on the world by celebrating earthly existence, Salgado captures a scintillating portrait of a sea turtle on the Galapagos Islands. The being, he says, is a wise one, an authority over the world. Its eyes, which filter the light of an eon, may have seen Darwin himself. And transitioning to the claws of a large iguana, Salgado sees the hand of an armored medieval knight. The creature is his cousin, he affirms.

There were times when, bowled over by the total tragedy of atrocities before him – from Rwandan refugees who fled into Congolese forests near Goma, never to be seen again, or the Bosnians who had been exiled from a completely European way of life by acts of genocide – Salgado put down his camera and mourned. In his last days, he walks through the forests that he helped regenerate with his wife Leila. He is, finally, as Sufis say, in the world but not of it.