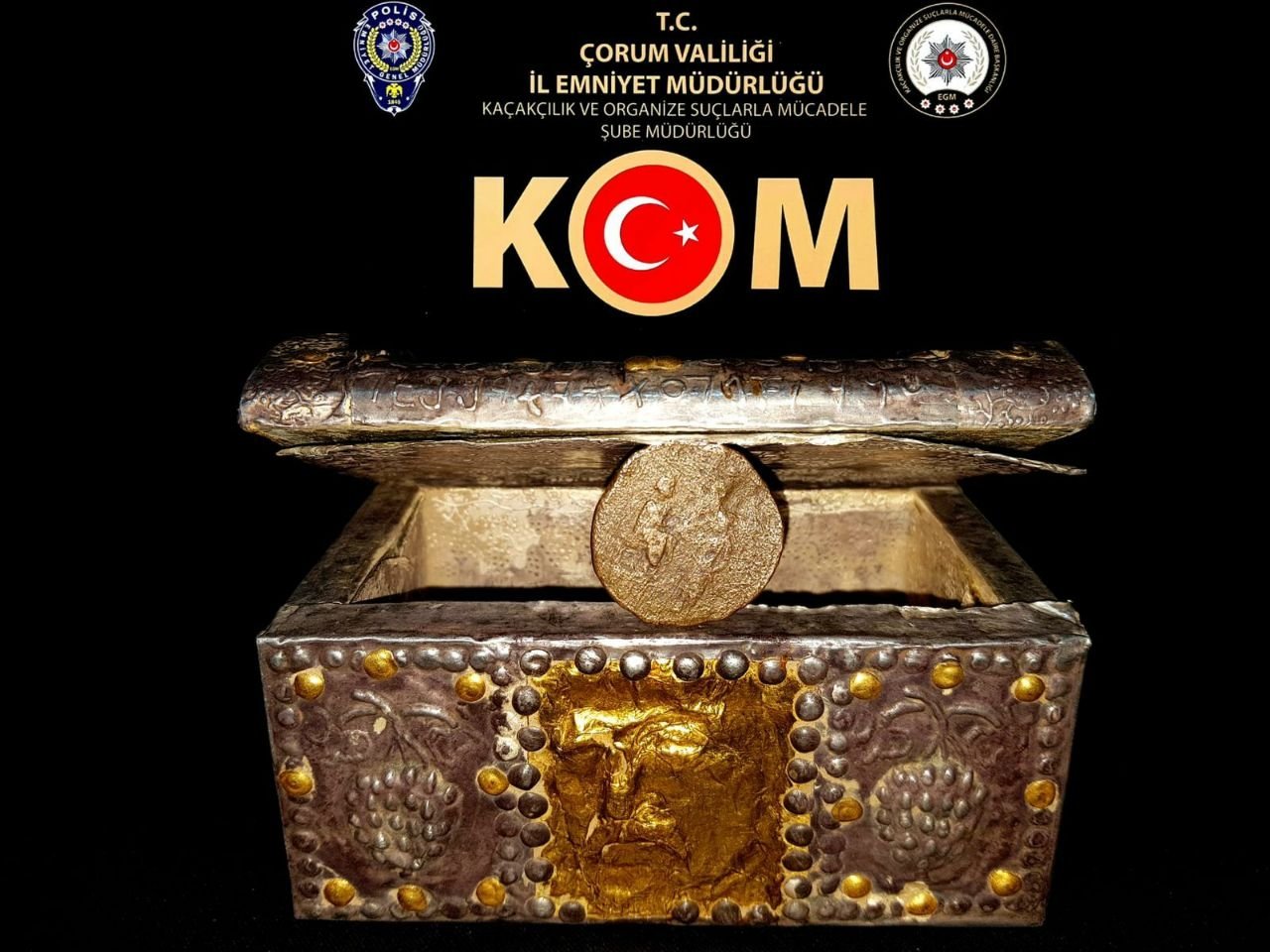 Turkish authorities seized an important historical artifact in an operation conducted in the central Turkish city of Çorum near the capital Ankara. The gold-plated chest and a gold coin recovered during the operation were initially believed to belong to the Prophet Solomon, who is known as King Solomon in Christianity and Judaism and is also an important religious and historical figure.

The Provincial Security Directorate Anti-Smuggling and Organized Crime Branch launched a technical and physical investigation following reports that someone was attempting to sell the historical artifacts obtained illegally, a written statement by the local governor's office said.

The vehicle belonging to the suspect, who was monitored for some time, was stopped in the city center by authorities. During the search of the vehicle, a gold-plated chest and a gold coin were seized.

The suspect was taken into custody.

In the examination made by Çorum Museum Directorate experts, the two items were determined to be part of the 11 pieces of historical artifacts previously found in Amasya in 2017 that were initially thought to belong to the Prophet Solomon and also contain the Seal of Solomon. However, when dated, it was determined that the artifacts in fact belonged to the Roman period, which is quite sometime after the period King Solomon was believed to be alive.