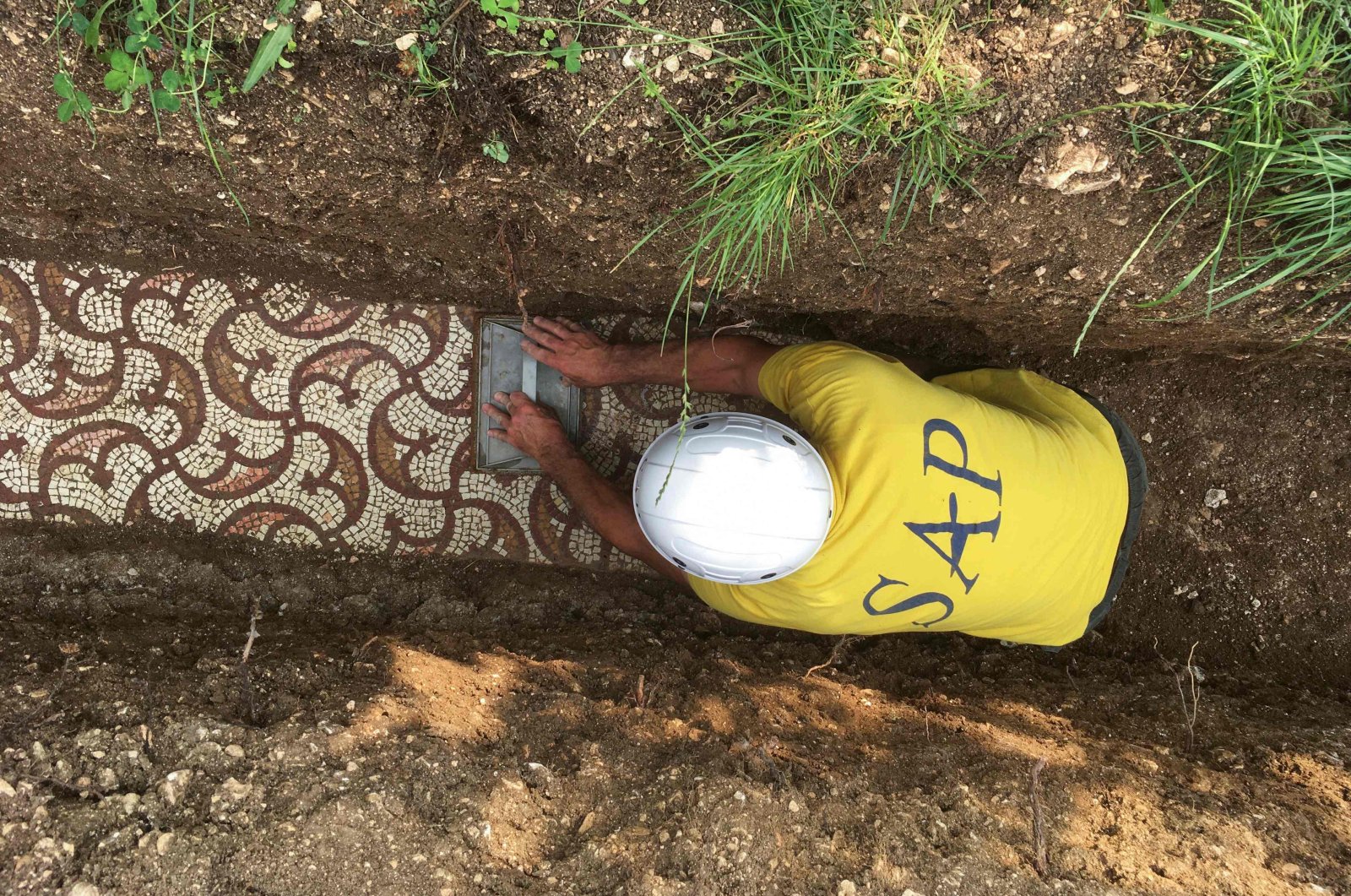 An archaeologist uncovers an ancient Roman mosaic floor discovered under vines in Negrar, near Verona, May 20, 2020. (AFP Photo)
by French Press Agency - AFP May 28, 2020 4:21 pm
RECOMMENDED

Archaeologists have discovered an exquisitely preserved Roman mosaic under a vineyard in northern Italy after a century of searching, the local mayor said on Thursday.

The brightly colored geometric design, partly unearthed outside Negrar di Valpolicella near Verona, is thought to have been part of a villa archaeologists first started looking for in 1922.

"When I saw the mosaic it was very impressive because of the quality, the well-preserved colors, the preservation of the mosaic itself," Mayor Roberto Grison told Agence France-Presse (AFP).

Locals have known for years there were Roman artefacts in their part of the famous wine region, a survey and some initial digging a century ago hinted at what lay beneath – and the area of the discovery is called Villa, said Grison.

But until now there had not been any big finds.

"It was an amazing feeling; I confess I could not remain cool," De Zuccato told AFP, dating the mosaics to around 250-400 AD.

"I felt like a child, going back in a time machine, imagining the era, the people who were here, who lived here, in this hidden and preserved villa."

The archaeologist said the villa is thought to cover an area of around 300 square meters (3,229 square feet)

"But there are other parts we've discovered, service areas, there might be around 1,000 square meters of buildings, on top of which there's the green area, the garden," he said.

Grison said that the aim now is to shed light on the villa and "to make it visible to whoever is interested."

Experts are now trying to discover the exact extent of the villa complex.

"The result will not come soon and significant resources will be needed," Negrar di Valpolicella town hall said.